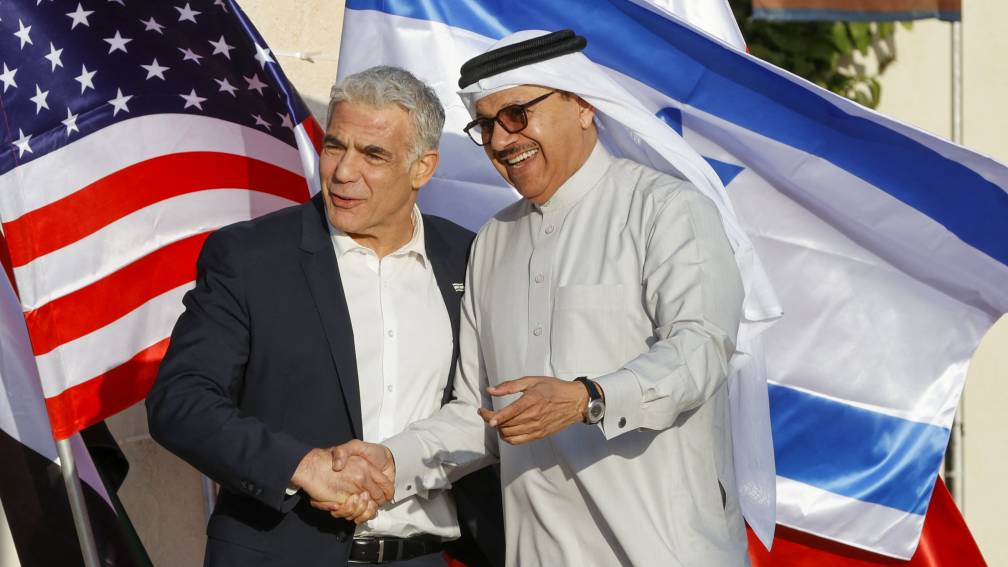 A meeting has begun with foreign ministers from four Arab countries in Israel’s Negev desert. It is the first time that the ministers of Egypt, Morocco, the United Arab Emirates (UAE) and Bahrain are together in Israel for an official visit. US Secretary of State Blinken has also joined.

The meeting will take place today and tomorrow at a symbolic place in the desert: the kibbutz Sde Boker, where the first Israeli Prime Minister David Ben-Gurion is buried. Ben-Gurion is seen in Israel as the father of the country. The program tonight is a joint dinner, and tomorrow there are official talks and a press conference.

Whether concrete decisions or steps will result from the summit is uncertain. But for Israel, the mere fact that these talks are taking place is a diplomatic boost. A few years ago, the summit would have been unimaginable. Prime Minister Naftali Bennett of Israel already spoke of a “historic day”.

Until recently, the UAE, Bahrain and Morocco had no official diplomatic ties with Israel, because of the conflict between Israel and the Palestinians and the continued Israeli occupation of Palestinian territory. That changed in 2020, when the UAE and Bahrain signed the so-called Abraham Accords with Israel, with the mediation of then-US President Trump. Morocco followed later that year. Egypt already made peace with the Jewish state in 1979.

The talks are largely taking place behind closed doors in a hotel, but it is obvious that Iran is one of the main topics of discussion. The various participants have in common that they see the Iranian regime as the biggest threat in the region. The meeting can therefore be seen as a sign of unity and cooperation of the still young allies towards Iran.

Israel and the Arab Gulf states share fears that Iran plans to develop nuclear weapons. Iran says it only pursues peaceful goals with its nuclear program, something Israel and its allies do not believe. The countries therefore distrust US efforts to reach a new agreement with Iran on restricting Iran’s nuclear program in exchange for the easing of economic sanctions. Such a deal, meanwhile, would be within reach, negotiators said this week.