Chamberlain Roberto Boico said that Cristina Fernández de Kirchner is persecuted by the Justice and reiterated that she is a victim of lawfare. The judge, who has been a member of the Buenos Aires Federal Chamber since March 2021, participated this weekend in a videoconference talk organized by the Prerogatives Group, a Brazilian space “to exchange ideas and opinions always with a progressive vision” -according to his own definition – Composed of lawyers, judges, professors and official defenders.

Boico began his speech by defending Cristina Kirchner’s participation in the hearing before the Federal Chamber of Criminal Cassation in the framework of the “Future Dollar” case, in March of last year. He denied that the vice president’s speech was political. “What happens is that when a phenomenon like lawfare is brought to light in legal discourse, it is generally said ‘this is a political defense’ because it cannot be defended from a legal level.” In this sense, he pointed out that lawfare is “the construction of a criminal -generally linked to issues of corruption- that if we approach it from the usual legal level, there should be no type of cause.”

He pointed out that it is a global phenomenon, a new way of exercising political discipline that has two ways of presenting itself. The first -according to Boico- is to try to criminalize those who are already in a position of power, “then those who have or had or could have power are subjected to these judicial processes.”

He also spoke of a preventive lawfare through the Legislative Power “with the enactment of some laws that will later pave the way for lawfare and judicial persecution of politicians to be generated.”

The chamberlain said that an example of preventive lawfare is the law of the repentant, which, in his opinion, from criminal law and constitutional law has many problems. “One can think that it is a harmless, harmless instrument, with little power to generate what comes next, but used in the wrong hands it can be a tool of atrocious persecution,” Boico said. He did not shy away from attacking judges and the press by maintaining “that instrument in the hands of judges and prosecutors and dangerous journalism can generate disasters, and in Argentina it has generated them.”

He also questioned the “clean record” bill because, according to what he said in Argentina, it is very easy to initiate a criminal case. “One goes to court, takes a journalistic note and says ‘here the journalist said this, this and this, investigate the possibility of a crime on the part of so-and-so or so-and-so. From that moment on, a person is subject, in principle, to an investigation…and with that the clean file ends.” “Be careful with this, lest because of this healthy pretension we enter a scenario where there is precisely a persecution for this healthy idea that the candidates are clean,” said Boico. 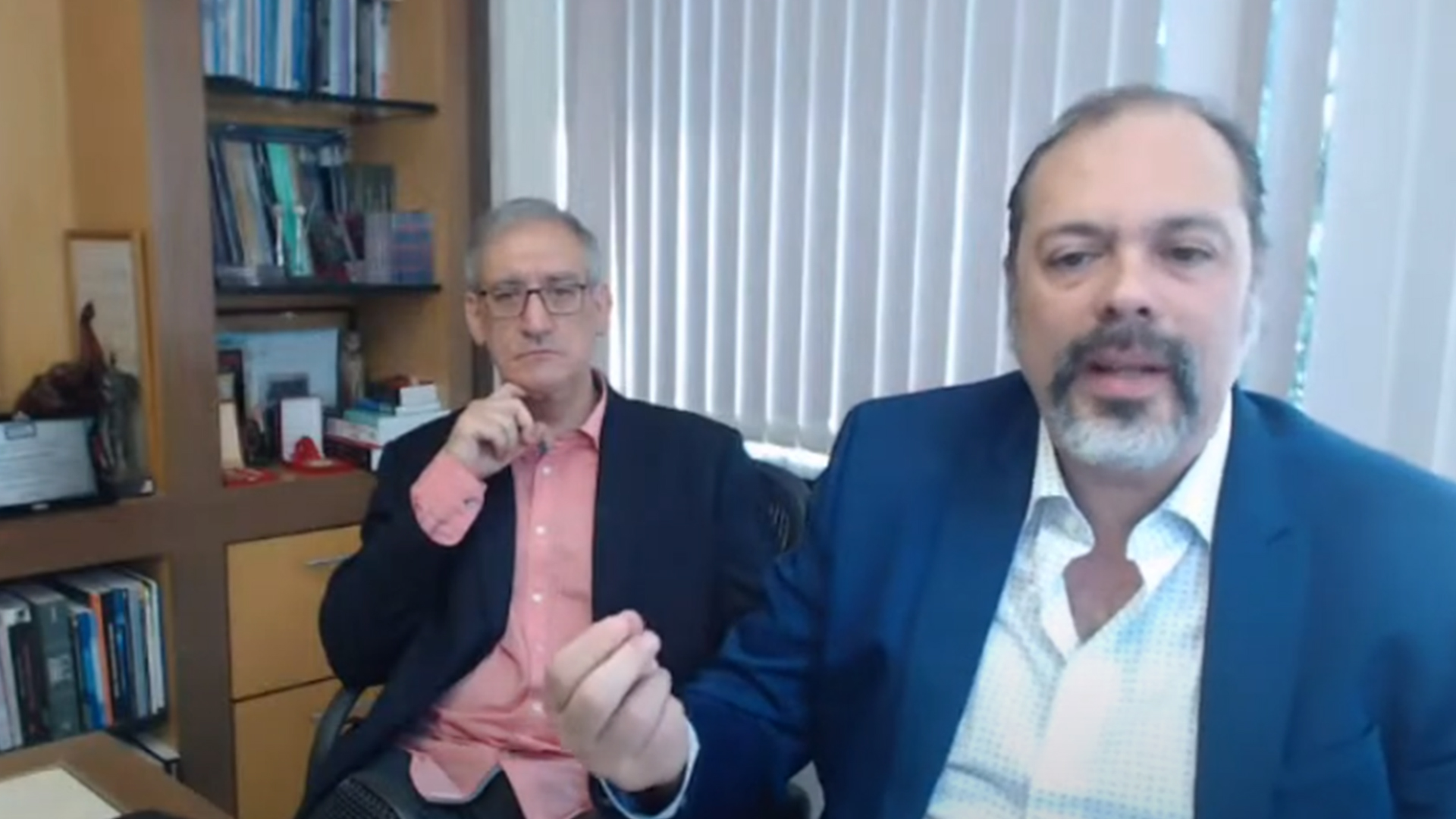 The judge of the Buenos Aires Federal Chamber Roberto Boico

At another point in his presentation, the judge returned to the subject of lawfare by stating that “it is true that the flag of the fight against corruption is a beautiful title to begin to generate this climate. In honor of this fight against corruption, the greatest breaches or violations of the rule of law and the Constitution are produced.” And he added that one characteristic of lawfare is that, “under the pretext of fighting corruption, it’s like I have a green traffic light, a clear path to make the law what I want.”

In another section of the talk, Boico said that “Justice is a problem, it is urgent and it must be addressed.” Regarding the Judiciary, he said that there is a legal culture of privileges, of distance from society, that the street does not know. “Therefore, there is much to be done, and the first thing to do is for all the people to be able to participate in the administration of justice,” said the chamberlain.

Finally, Boico said that his former client Cristina Fernández de Kirchner is not only persecuted by the judges but is also a victim of gender violence. “With Cristina there is also a particular cruelty that is exhibited in the way in which some published rather than public opinion refers to this political leader. With a situation of hate that also affects some basic postulates of gender equality that are absolutely violated in that consideration towards Cristina Fernández, “said the chamberlain. In that sense, Boico said that there are some similarities with what happened many years ago “with a great political leader who was Eva Perón.”