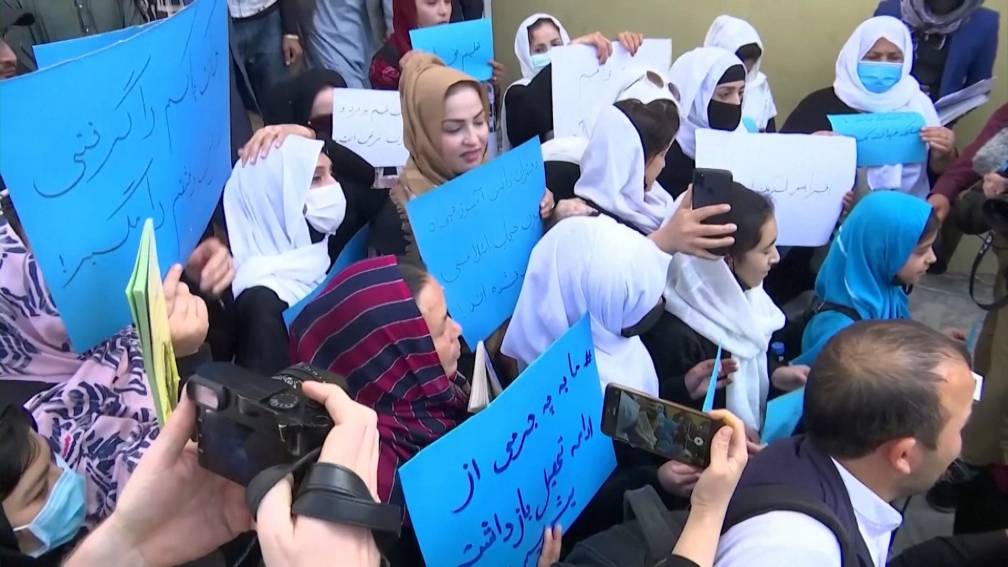 In Kabul, the capital of Afghanistan, a group of girls and their teachers have taken to the streets to protest. They want to go back to high school.

The girls are angry with the Taliban. They decided last week that girls older than 11 years old are not allowed to go to school. With the protest, the girls hope that the Taliban will listen to them and that they will soon be able to take classes again.

Last August, the violent group seized the Taliban power in Afghanistan. Strict rules were introduced that, according to the Taliban, belong to their religion, Islam. For example, boys and men have to let their beards grow and women and girls are not allowed to just walk around the street.

And since then they are not allowed to go to secondary school.

According to the Taliban, there are not enough teachers to also teach girls. And they want to work out more rules first, such as what clothes the girls should wear before the girls can go to school.

We girls can study just as well as boys

Last Wednesday would be the first day of school after the holidays. Some girls were even standing at the door of their school when they heard they weren’t allowed in. The Taliban had changed their mind.

We made this video about that.