Afghan girls protest again for their right to education 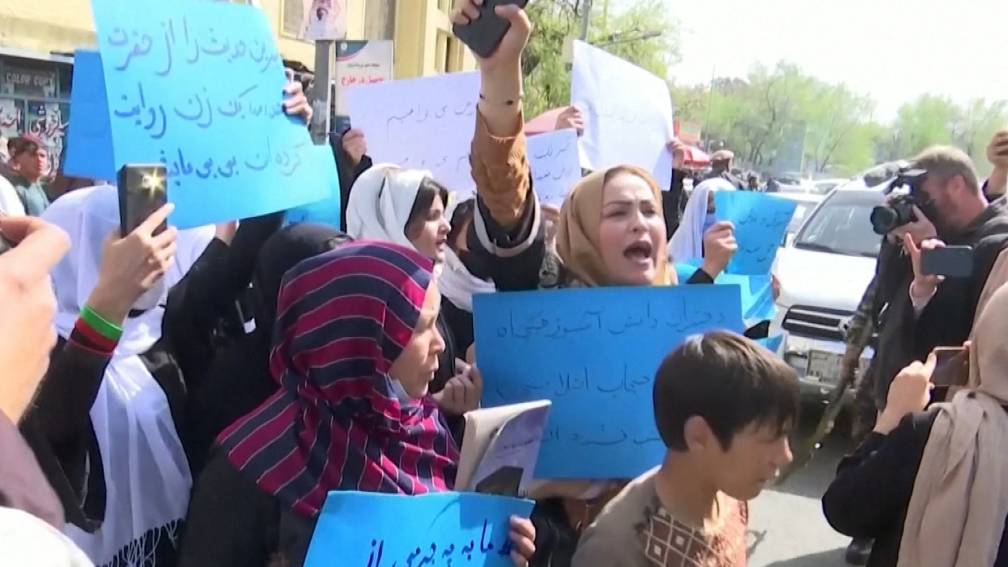 Several dozen girls and their teachers have taken to the streets in the Afghan capital, Kabul. They protest against the ban on education for girls older than 11 years.

According to the Taliban, there are not enough teachers and the conditions, such as dress codes for the girls, need to be further elaborated. The Taliban adhere to a very strict form of Islam, which places great restrictions on women and girls outside the home.

At demonstrations against the exclusion of girls, earlier this week, there was a crackdown. But the protests continued. Today’s demonstration, with several dozen students and teachers, was left alone. Journalists who wanted to cover the protest were also able to do so unhindered this time.

And that’s why these images could be made and distributed: