Interpol boss under investigation in France for “torture” 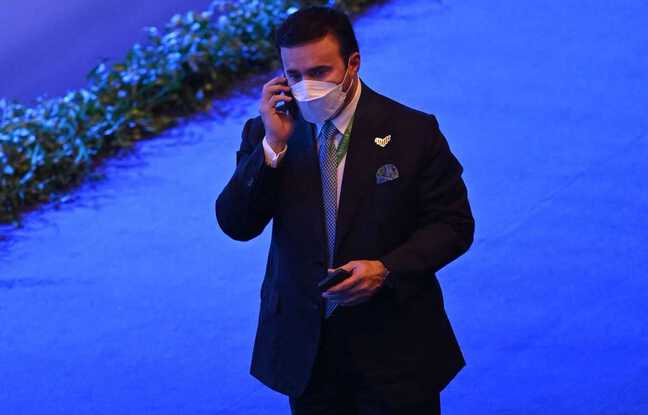 Ahmed Nasser Al-Raisi, who rose to the presidency of Interpol in November under criticism from NGOs, is now the target of an investigation in Paris for “torture” and “barbarism” after a complaint from an NGO denouncing the treatment of one of the main Emirati opponents, imprisoned since 2017. It was the anti-terrorism prosecution (Pnat) which opened this preliminary investigation, AFP learned from sources familiar with the matter, confirmed by a judicial source.

This last source specified that this investigation followed a complaint lodged in January by the NGO Gulf Center for Human rights (GCHR), which accuses Al-Raisi of being, through his duties as inspector general at the Ministry of Inside the United Arab Emirates since 2015, one of the perpetrators of torture targeting opponent Ahmed Mansoor. The judicial source did not indicate on what date the investigation of the Pnat, competent in matters of crimes against humanity, was opened.

According to two sources familiar with the matter, she was entrusted to the gendarmes of the Central Office for the Fight against Crimes against Humanity, Genocide and War Crimes (OCLCH).

Me William Bourdon, lawyer for the GCHR, told AFP that “as soon as a preliminary investigation was opened, and it was necessary because of the presence of the respondent in France” as part of his duties to Interpol, “it is totally incomprehensible that the Pnat did not have Al-Raisi arrested when he had the opportunity to do so”. “If immunity were to be invoked by General Ai-Raisi, it can only be invoked by the defendant, and certainly not by the Pnat, which must not replace him”, he pointed out. keep.

According to the lawyer’s analysis, Al-Raisi would be one of the current perpetrators of this torture, which would be grounds for an exception to the diplomatic immunity he enjoys under the 2008 agreement governing relations between the France and Interpol, the organization whose headquarters it hosts. He has, through his functions, “directly supervised the increased repression of rights and freedoms and their defenders in the United Arab Emirates, and in the first place Ahmed Mansoor”, advanced the NGO in its June complaint. Khalid Ibrahim, director of the GHCR, told AFP that he was heard by the OCLCH gendarmes on March 18.

“I told them that the Pnat was very slow to act on these serious allegations of torture concerning Al-Raisi, who is fully responsible for massive human rights violations that have taken place in recent years”, he said. -he adds. Al-Raisi had already been the target of two complaints, including one from the GCHR dating from the beginning of June, when he was tipped to run for the presidency of the international criminal police agency. The two complaints had been closed by the Pnat for lack of jurisdiction: the person concerned did not reside in France and was not on French soil.