Bishop de Moulins-Beaufort: “Evangelization is the global vision from which everything else must be understood” 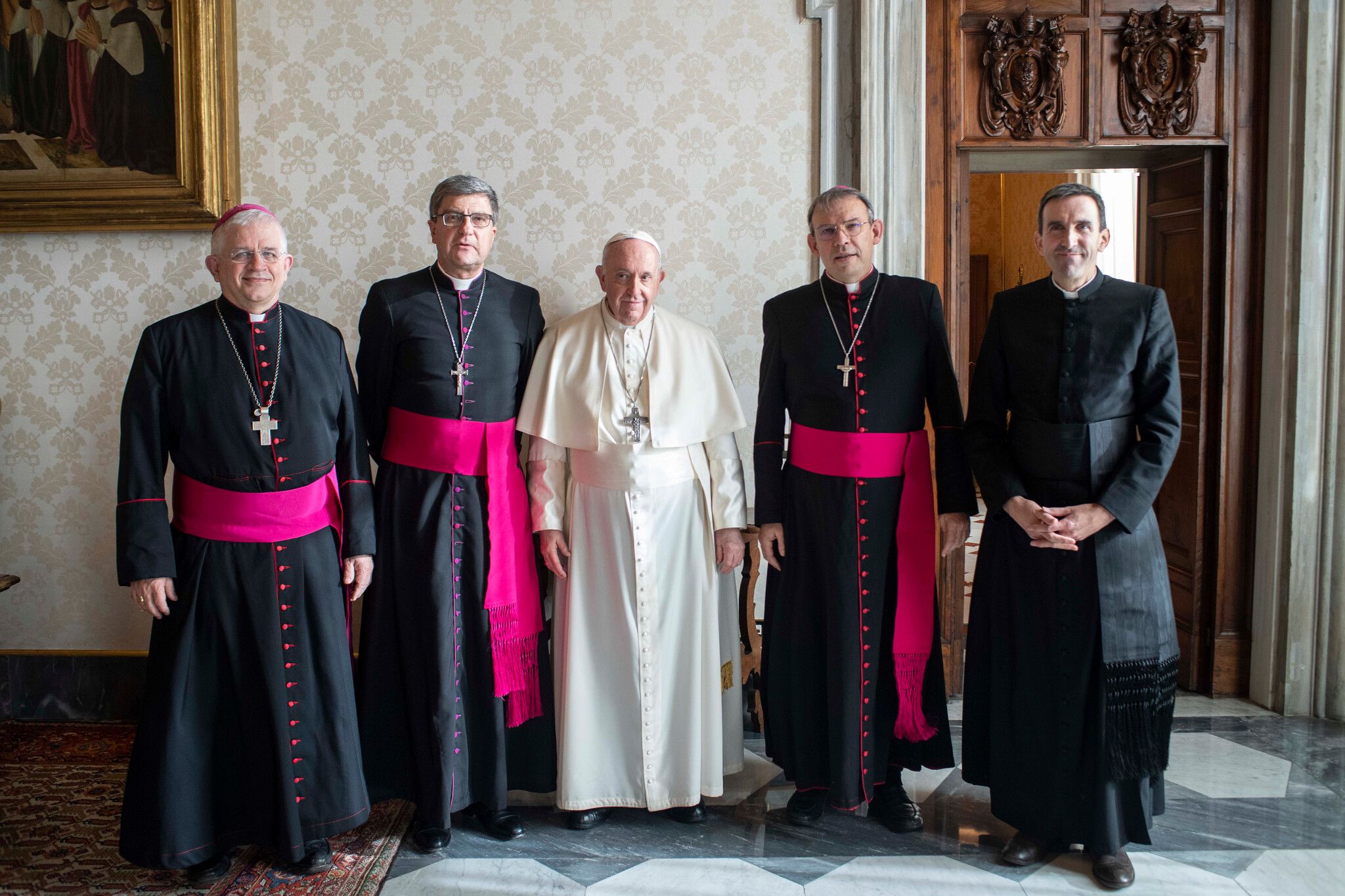 La Croix: You are president of the Conference of Bishops of France (CEF). In the new apostolic constitution, Pope Francis often refers to episcopal conferences: will your role be increased?

Eric de Moulins-Beaufort: The new apostolic constitution indeed evokes the role of the episcopal conferences. The pope wants to strengthen cooperation and dialogue between bishops and between episcopal conferences. The regional dimension may also be taken into account. The voice of the bishops will be more present to reflect on the future of the universal Church. The episcopal conferences will, for example, have to give their opinion on the major texts. This new responsibility will lead us to adapt: ​​we will have to respond to requests from Rome. This new constitution will provide an opportunity for bishops to participate more meaningfully in the universal Church.

→ ANALYSIS. Reform of the Roman Curia: the revolution of Pope Francis

Will the reform of the Curia bring about changes for the local Churches?

E. M.-B. : The Church is not a federation of national churches. But, on our scale, there will inevitably be consequences. The reform of the Conference of Bishops of France, which should be completed in the fall of 2023, will obviously be influenced by the new constitution, which will give it more responsibilities and autonomy. We are not going to develop our own services, but we are also going to favor a collective commitment which passes through synodal discernment. The work will be more collegial.

Another aspect of this new organization is the access of lay people to responsibilities and mandates limited in time. What do you think ?

E. M.-B. : The CEF already has lay people in charge – including three general secretaries. Whether the Roman dicasteries are presided over by lay people, men or women, does not pose a problem.

→ READ. Reform of the Curia: lay people can be appointed to head a dicastery

As for the duration limited to five years renewable for people who would work in Rome, it is a request that we, bishops, had already formulated during the consultation launched by the pope in a first version of the constitution, two years. It is difficult for a diocese to see a priest go to the Vatican whom it will have to do without forever because he will make a career in the Curia. On the other hand, whether a priest spends five or ten years in Rome and then returns presupposes a culture of service to the universal Church. That in a priestly life there is the service of Rome for a given time will be beneficial.

You regularly go to the Vatican to meet the various services of the Curia: how are these meetings going?

E. M.-B. : With the vice-presidents of the CEF, we go twice a year to Rome, to meet the congregations and dicasteries there. The people I meet there know their files well and are always loyal to the Holy Father. It is true that one can also feel that each congregation works on its side and that there is a lack of transversality, which is frequent in all forms of government.

The power of the pope seems to emerge strengthened from this reform, even though he advocates synodality. For example, he will himself preside over the dicastery for evangelization. Isn’t that contradictory?

E. M.-B. : It has happened in history that the pope presides over a dicastery or a congregation, for example the Congregation for the Doctrine of the Faith. What the reform organizes is a repositioning of the Secretariat of State, which until then supervised the congregations and could act as a screen. It will henceforth be a reinforced secretariat attached to the pope, which will be more directly linked to the dicasteries.

→ INVESTIGATION. “The atmosphere is totally different”: how Pope Francis is redefining the role of the Curia

The dicastery for evangelization becomes the first of the new organization chart: what is the meaning of this choice?

E. M.-B. : That evangelization be the first of the dicasteries was expected, and already figured in the first version that the pope had submitted for consultation. This is totally in line with what we try to live in our dioceses, that is to say a Church engaged in the world. It is less a question of increasing the number of Catholics than of bringing the Good News of the Gospel to today’s society.

Evangelization is the global vision from which everything else must be understood, including the doctrine of the faith. With the very title given to the apostolic constitution – Praedicate evangelium, “Announce the Gospel” – the pope insists on the missionary responsibility of the Church sent not only to the baptized but to all men.