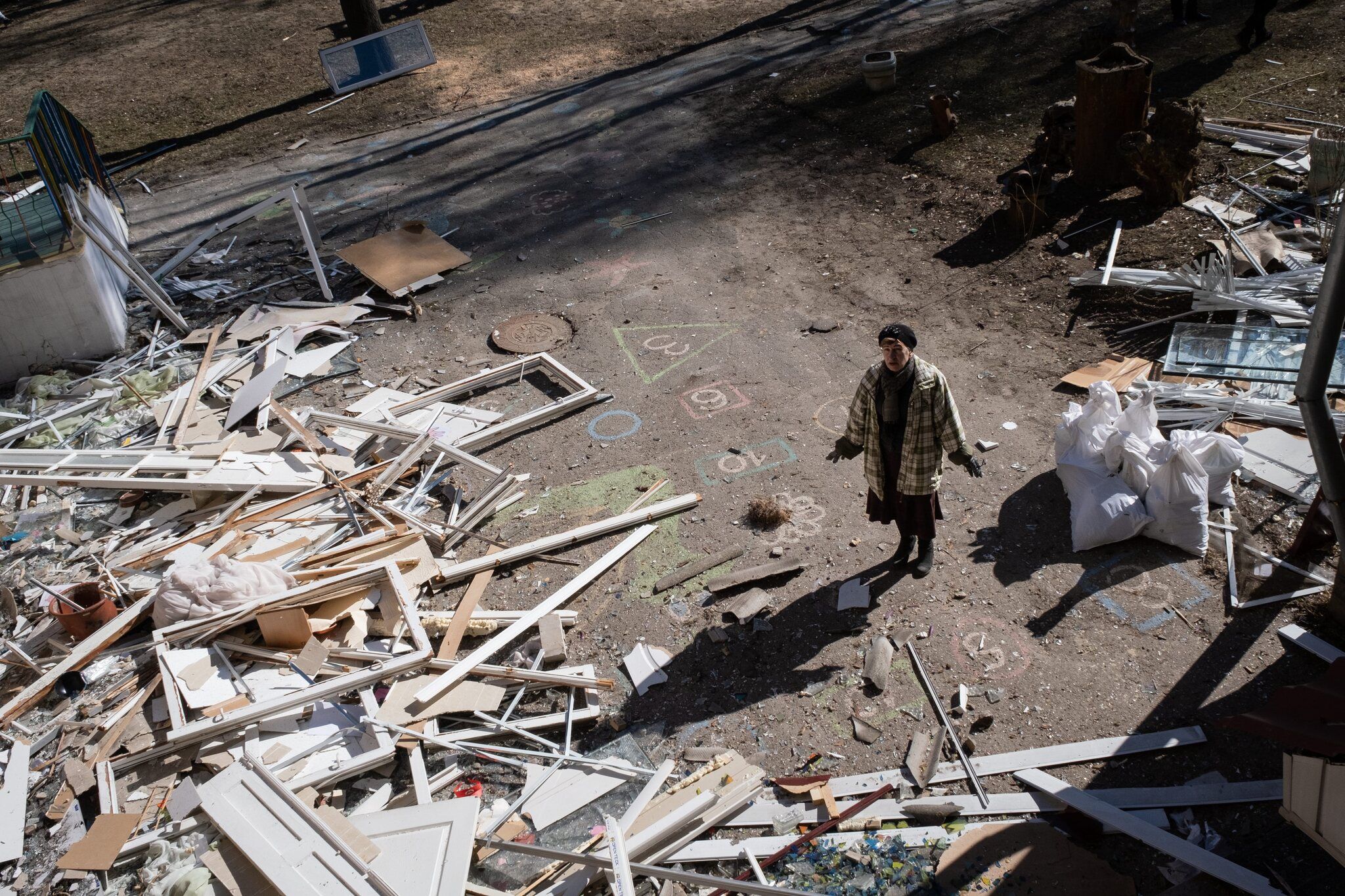 The Russian offensive continues. As Kremlin forces seek to encircle kyiv, a bombardment outside a shopping mall in the capital left six people dead. The United Nations said at least 10 million Ukrainians had fled the fighting, a third of whom went abroad. President Volodymyr Zelensky said in an interview broadcast on Sunday March 20 by CNN that he was ready to negotiate with Vladimir Putin.

► Six dead in the bombing of a shopping center in kyiv

A bombardment in front of the Retroville shopping center in kyiv killed at least six people overnight from Sunday to Monday, when Russian forces are still seeking to surround the Ukrainian capital. The site was hit by a very powerful strike which pulverized vehicles. It left, in the parking lot, a gaping crater several meters wide in front of a ten-story building, charred and still smoking.

kyiv had already been hit by a series of attacks last week, including one on an apartment building on Sunday that left five people injured.

Russia said on Sunday, for the second day in a row, it used hypersonic missiles in Ukraine, this time to destroy a Ukrainian army fuel reserve in the south of the country. By using these kinds of weapons, Russia is “trying to regain momentum” in the conflict in which its army has been bogged down, said US Defense Secretary Lloyd Austin, saying that these weapons were “not a game-changer”. .

In Mariupol, a strategic city in southeastern Ukraine, local authorities have accused the Russian army of having bombed an art school serving as a refuge for several hundred people, claiming that civilians were trapped under the rubble. Ukraine rejected, overnight from Sunday to Monday, Russia’s ultimatum demanding the capitulation of the besieged city and suffering from a shortage of water, gas and electricity.

► 10 million Ukrainians on the run, a third of them abroad

According to Mikhail Mizintsev, director of Russia’s National Center for Defense Management, Russia and Ukraine have agreed on a route for Mariupol residents to reach territory controlled by Kyiv. “The occupiers continue to behave like terrorists,” replied Iryna Vereshchuk, Ukrainian Deputy Prime Minister, on Telegram messaging. “They say they agree (to establish a) humanitarian corridor and in the morning they bombard the place of evacuation. »

The United Nations has estimated that around 10 million Ukrainians have fled their homes, of whom around a third have gone abroad, mainly to Poland.

In an interview broadcast Sunday by CNN, the Ukrainian president said he was “ready for negotiations” with the Russian president. “I’ve been ready for the past two years and I think that without negotiations, we won’t stop the war,” he explained.

During the night from Sunday to Monday, Volodymyr Zelensky also felt that Jerusalem “would be the right place to find peace”. However, he asked Israel to “make a choice” by concretely supporting Ukraine against Russia, during a videoconference speech before the deputies of the Knesset, the Israeli Parliament.

Joe Biden announced a visit to Poland on Friday March 25 to meet his Polish counterpart Andrzej Duda and discuss Russia’s invasion of Ukraine. Beijing has also claimed not to send military assistance to Moscow, without specifying whether this position also applies to the future.