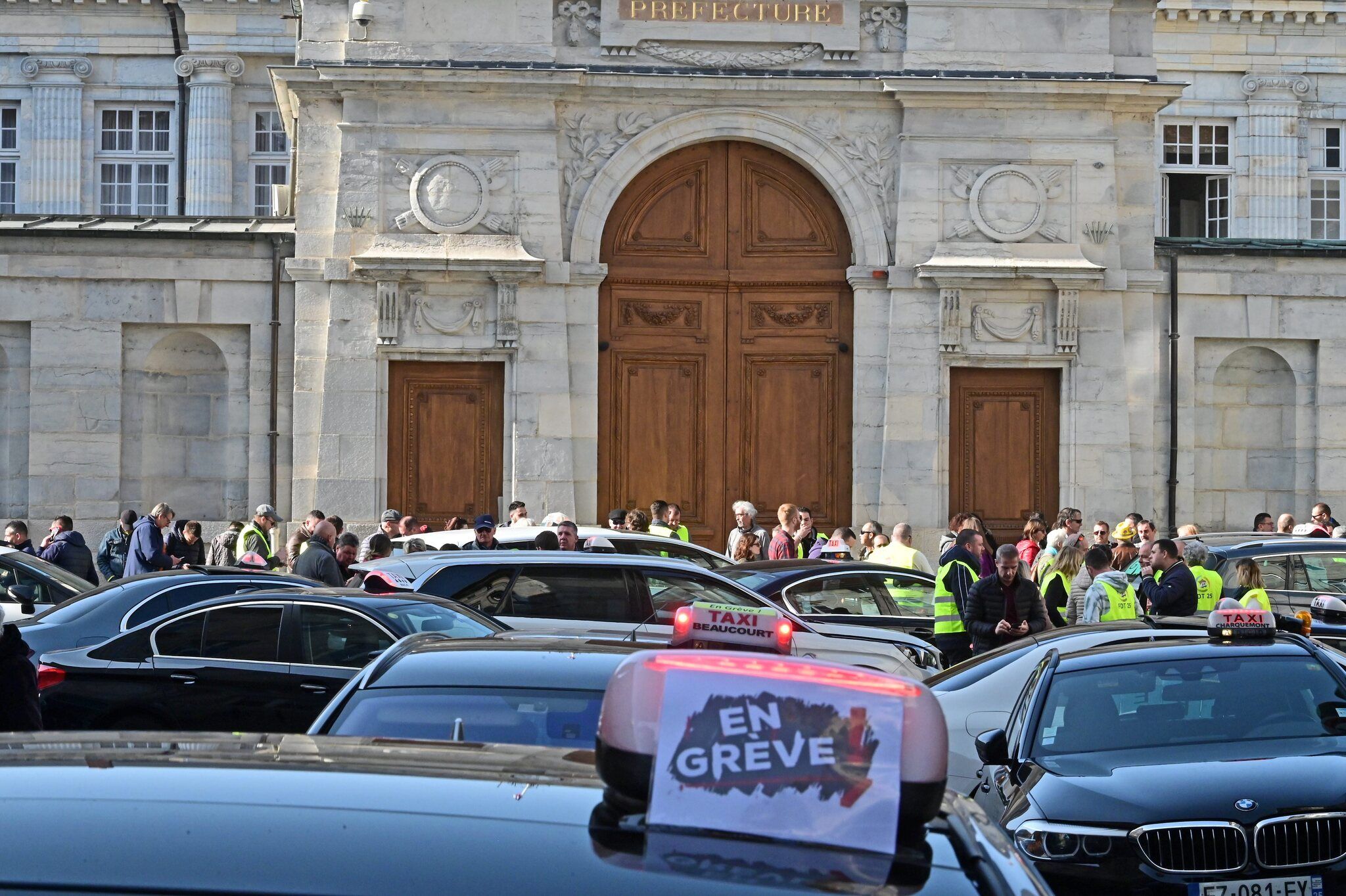 The envelope of 400 million euros in aid to road hauliers and the discount of 15 cents per liter of diesel announced by the government were not enough to appease the anger. Construction professionals, fishermen, farmers and transporters, joined by taxis, are again organizing filtering dams this Monday, March 21, blocking oil depots and refineries throughout France to protest against soaring fuel prices.

→ DEBATE. Lowering the price of fuel for all, is it relevant?

In Normandy, some 200 heavy goods vehicles were blocked Monday morning near Torigny-les-Villes, at the entrance to the A84 which connects Avranches to Caen, according to the Manche prefecture. At midday, other dams were underway near Saint-Lô, while in Seine-Maritime, between 100 and 150 fishermen blocked the commercial port of Le Tréport, according to the cooperative of artisanal fishermen in the town. Traffic was also significantly slowed down on the Normandy bridge, according to smart one.

In Brittany, the strongest slowdowns take place in Morbihan around Lorient, with some 10 kilometers of traffic jams according to the prefecture. Snail operations also take place on the Rennes bypass, as well as in Brest and La Rochelle. South of Lyon, a dozen trucks block shipments from the TotalEnergies refinery in Feyzin (Rhône), at the call of the Peasant Confederation and the Rural Coordination in particular.

Taxi drivers joined the movement on Monday with snail operations in Orléans and Besançon, where some ten kilometers of traffic jams were recorded. Near Marseille, hundreds of taxis blocked the logistics warehouses in the Miramas commercial area. According to Yazid Ziani, a member of the National Taxi Federation, the increase in fuel prices represents a loss of €400 to €600 per month for taxis “who earn an average of €2,000 per month”.

In Corsica, the two oil depots on the island, in Ajaccio and Lucciana (Haute-Corse), are blocked. Farmers have had their tractors and trailers in front of the entrance to the depots since 5:30 a.m. demanding a resilience plan specific to Corsica. The protest actions also concern the north of France, with filter dams in Dourges (Pas-de-Calais) and at the Lesquin transport and logistics center (North).