At Isola 2000, Olivier Lebreton went from truck driver to musher 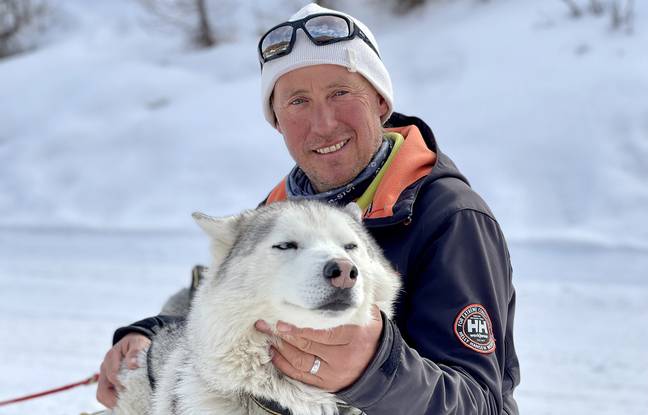 For twenty-one years, his daily life was asphalt. But, at 40, the Niçois Olivier Lebreton decided to let go of the wheel to take the reins of a sled. No more roads, hello the mountain. By settling in Isola 2000, in the Alpes-Maritimes, he also became the resort’s first musher and one of the few in the department. “It’s my second season and it’s great,” he says with a smile.

It all started with a passion. “I’ve always had dogs. One day my daughter told me she wanted a husky for her 18th birthday. I inquired and finally got one for her, one for my wife and one for me. With his mini pack, he begins to learn about the profession of musher and meets one. “I saw the living environment, that was what I wanted to do! At the time, I was 40 years old. I asked myself a lot of questions, I was tired of being a truck driver. Fifteen days after leaving this job, I was already much better. »

He then decides to pass the diploma of “harnessed dog driver”, recognized by the State, and spends a season with another dog driver. “In a year and a half, I had everything I needed to set up my own business,” he explains. Five years later, he is surrounded by “his darlings”, twelve Siberian huskies and an Alaskan malamute cross, and offers baptisms in sled dogs with “a presentation of the animals, twenty minutes of sliding where it’s [lui] who drives, a moment when you can caress them” at Isola 2000.

“It was also a novelty for the resort which has always been focused on the practice of alpine skiing, indicates the Niçois. When my second request was accepted, I felt a different impulse, with the desire to develop other activities. Eventually, I realize that this was something many here have been waiting for. And it’s royal for me because I’m the only provider. »

Before starting, he studied the tracks he could use, paying attention to the bends and the gradient, so that his animals were in the best possible condition. “In the fall, before the start of the season, you have to train the animals, only when it’s under 15°C, because they are athletic dogs and like all athletes, you need to be in good shape before recovery. At the end of the season, the huskies rest for a month and a half. “In the summer, I offer canirandonnes where, this time, the walkers each have a dog with them. »

The schedule of a musher is therefore loaded. He defines himself “like a farmer”, he has “no holidays”. “But I don’t regret having changed my life. I work in the open air, I feel free and I am with very attentive colleagues, exclaims the musher. Finally, they are like my children, it is their well-being above all. »

He develops: “I do not count the hours, the wounds to be treated and all the other constraints. But if it was to make money, I could have been a snowmobile instructor. There, I chose to work with living beings, which have characters. You have to know them, anticipate their behavior, and have a connection. It takes time but I’m like their Italian mamma. I give the orders but we love each other. »