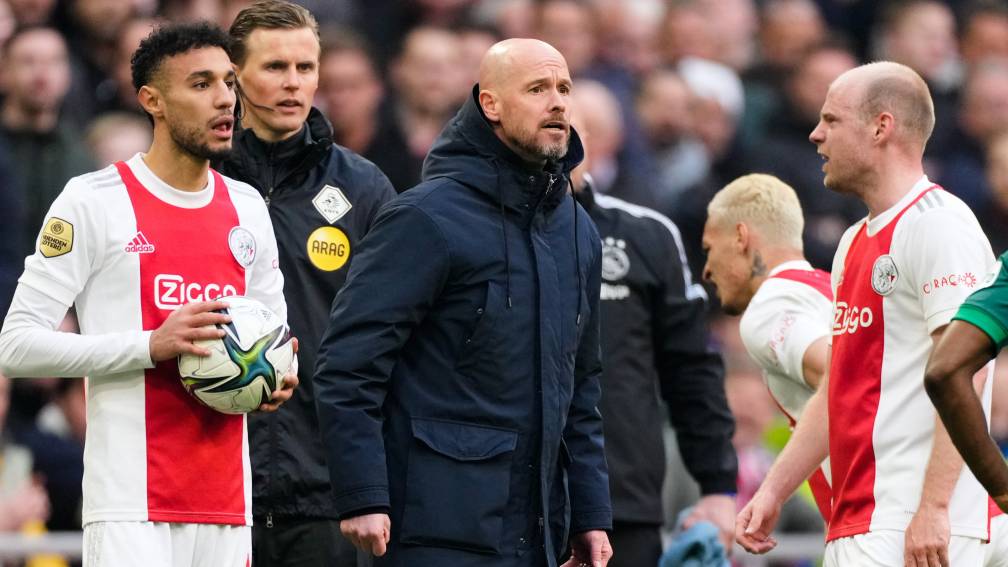 For the third time in a row Ajax triumphed with a tense 3-2 victory in the Eredivisie. After twice squeezing the butt against SC Cambuur and RKC Waalwijk, the Classic was again decided in Amsterdam’s favor in the final phase on Sunday.

And that in the week in which the team was eliminated from the Champions League by Benfica. It forced trainer Erik ten Hag to make a big compliment for his team. “If you react in this way after a game like this and wipe out Feyenoord in the last half hour, I have to give the team a big compliment.”

Ten Hag was “through it” after the loss against Benfica. “It felt so unfair and unnecessary. You are so much better than the opponent, but then you go up the beet bridge. Then you have to recuperate and straighten your back. We did that today on character and we deserved to win.”

The coach briefly commented on the red card of match winner Antony, who took care of the 3-2. The Brazilian was booked twice for taking off his shirt and showy theater. “Unnecessarily, he still has to learn that. But I am also happy to have players with temperament. You also need them. He is still young, but don’t forget that he also got an incredible kick,” concluded the Ajax coach. .