Belarusians commit to Ukraine: “Lukashenko is a puppet of Putin” 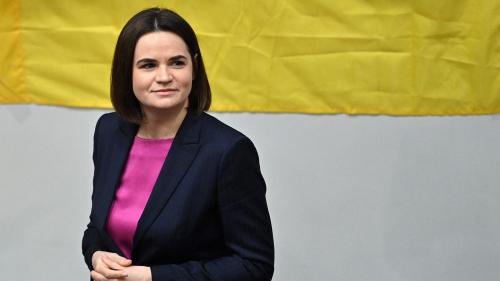 In Belarus, human rights violations are widespread. Since the disputed re-election of Alexander Lukashenko in August 2020 and the subsequent crackdown, the country now has more than a thousand political prisoners. Many Belarusians fled and took refuge in Lithuania, Poland, or Ukraine precisely. Today, some of them are committed alongside the Ukrainians.

>> War in Ukraine: what to remember from Friday, March 18

Among them, Gleb, who has just turned 18. Following the major protests in the fall of 2020 in Belarus, he was arrested and tortured. It was in exile, from Poland, that he experienced the beginning of the war with Ukraine. A shock for all Belarusians, he says. “First, I would like to say that the Belarusians offer their deepest apologies to the Ukrainians, for allowing an attack by Russian military forces from our territory.”

“People will understand that Belarusians are not Lukashenko, but Belarusians, on the contrary, are fighting for the right.”

Last week, with seventy of his compatriots, Gleb crossed the border, to go to a training center near Lviv, before going to defend the Ukrainian capital, kyiv. “When we realized that the war was about to start, I promised myself one thing: if the Russians only put one foot in Ukraine, I will go and defend this country. I don’t want my children to say one day: my father could have tried to do something against the Russians, but he did nothing. You have to try.”

Trying, and even doing everything possible, is also what the leader of the Belarusian opposition in exile, Svetlana Tikhanovskaya, is currently doing. In a video, she speaks directly to Ukrainians:

“Belarusians believe that this is not just a special operation, that it was Vladimir Putin who took the decision to bomb a peaceful population. And Belarusians are against that.”

Belarusians, who want at all costs to stand out from Alexander Lukashenko and his authoritarian regime. “We left our homeland because we were fighting against the Lukashenko regime and we were put under repression. Thank you very much to Ukraine for giving the possibility, the refuge and the possibility to breathe freely”, says a woman in a video shot in front of Lviv City Hall in Ukraine. A man then speaks. “Lukashenko does not represent the people of Belarus, he is a usurper, he is a puppet of Putin. He only represents himself and his gang of bandits.” And the video concludes: “We are together. Long live Belarus, glory to Ukraine!”