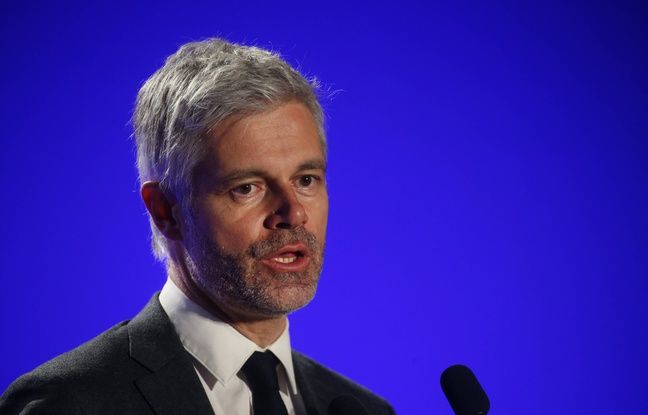 A charter that made the opposition jump. Laurent Wauquiez, the president of the Auvergne-Rhône-Alpes region, submitted this Thursday to the vote of the elected representatives of the regional council, a “charter for the defense of the values ​​​​of France and secularism”, adopted in the afternoon. . “An electoral solicitation operation” three weeks before the presidential election, believe the elected representatives of the left.

The text aims to “defend diversity”, promote “equal opportunities” in “very specific areas”. On the other hand, he opposes “so-called inclusive writing” and strives to “fight against fundamentalism”. For example, no more slots reserved in certain swimming pools for women, no more wearing the burkini “which has no place” in public swimming pools, according to the regional president.

The debates opened Thursday around this text were stormy after the socialist regional councilor Stéphane Gemmani denounced a ” motley mix of identity obsessions ” of Laurent Wauquiez. “What are regional values ​​doing here if not aping the provincialism of Pétain? “, he lambasted before the person concerned briefly suspended the session and asked him to “correct” his remarks.

The leader of elected environmentalists, Fabienne Grébert, for her part, estimated in front of journalists that this charter was an “electoral solicitation operation” and “a stepping stone for Eric Zemmour”.

This text, if it had been in the co-construction “could have brought us together, could have refounded a republican base”. “He loses this opportunity to divide all the political groups and the French on these issues,” she added.

As for the “republican contract of engagement”, also examined by the Regional Assembly, it is “already enshrined in law”, according to Fabienne Grébert, who predicts that this text will be “rejected by the prefect”.

In the event of breach of the “republican commitment contract”, associations and foundations could see their regional subsidies withdrawn.

“I want there to be a balance: we have rights but also duties, it’s this simple principle that we want to remember, it’s a bit crazy that we have to remember such evidence concludes Laurent Wauquiez.