Sand rain: why was the sky yellow this week? 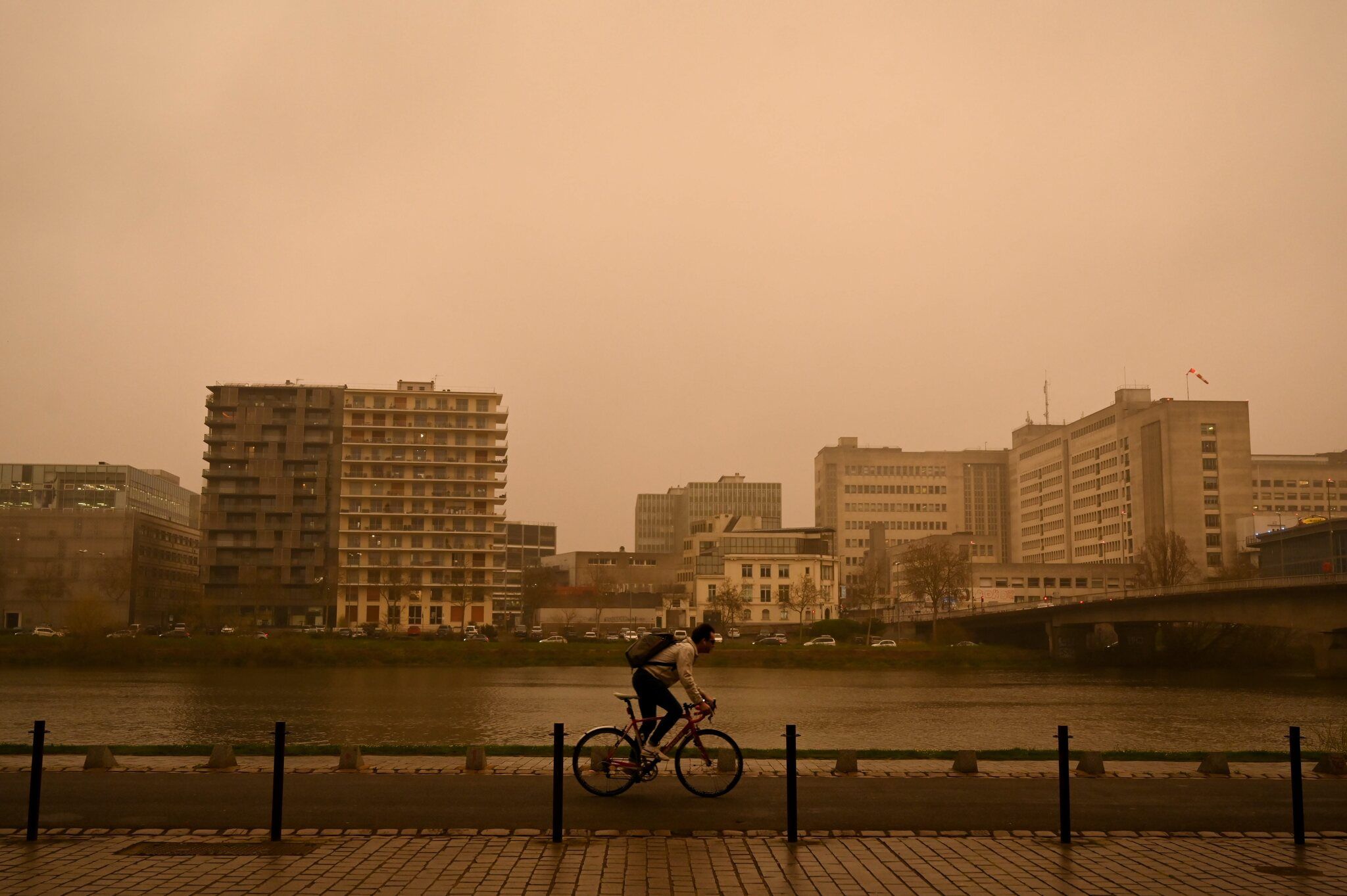 A sky that turns orange. Since Tuesday March 15, a strange meteorological phenomenon has been observed. A rain of sand hit several French towns this week, sprinkling cars, bicycles and outdoor plants with a fine ocher film.

► Where does this phenomenon come from?

This weather phenomenon actually comes from strong hot winds laden with sand dust from the Sahara Desert. It usually occurs during the monsoon period in Africa, when the temperature rises sharply during the day.

Temperature differences then produce instability in the lowest layer of the atmosphere, leading to atmospheric disturbances, such as storm complexes. When the air passes through a more humid region on the ground or at high altitude (over the sea for example), it creates a dust and sand storm. When the wind picks up, this cloud can be carried for many, many kilometres.

This phenomenon is relatively common, especially at this time of year. At the same time last year, in the south and the eastern half of France, the same orange sky had been observed.

→ REREAD. Why does the sky display an orange tint?

A month ago, the phenomenon occurred again at the top of the Pyrenees, adorning the mountain with an ocher coat.

Sandy feeling this morning…. Before some light snowfall pic.twitter.com/5aH91WORGW

►Until when will we be able to observe it?

According to Meteo France, the sand concentrations “will decrease in the coming days with rather dry deposits today on the eastern half”, Thursday March 17th. Deposits with rain can still be observed on Friday March 18 in the south-west and south of France.

► What consequences on health?

These dust storms could under certain conditions be responsible for a deterioration in air quality. According toAir Quality Monitoring Association (Atmo France), these particles are however, most of the time “harmless, because their diameter is too large for them to penetrate the body”.

On the other hand, “when these desert dusts are found in particles (…) with a diameter of less than 10 micrometers, they penetrate the body” and can cause “sanitary effects and seriously affect health”. Atmo France therefore recommends that vulnerable and sensitive people “take advice from a health professional in the event of respiratory or cardiac discomfort”.