Resistance in Ukraine: “There are other weapons than violence” 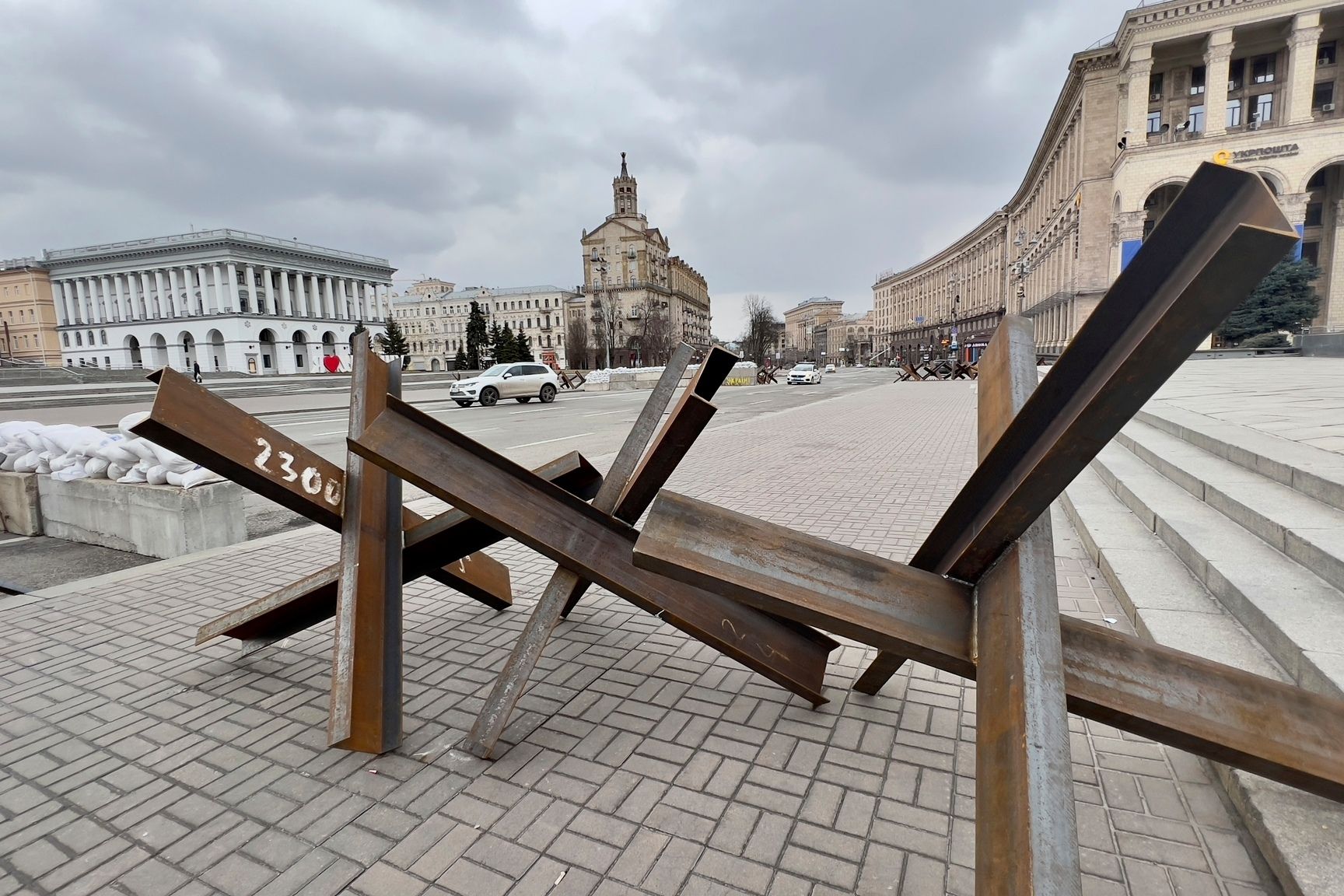 Despite the heroic courage of the Ukrainians, no one knows how the situation will develop. Everything suggests that Putin will persevere in his mad enterprise. And the imbalance of the forces present does not allow us to be very optimistic about the capacities of the Ukrainian armed resistance, especially with regard to the defense of the population. It is possible that Molotov cocktails can slow down the progress of the invasion, but at the cost of what destruction and what human losses among the civilians!

→ READ. War in Ukraine: follow the news of the 22nd day of the conflict

Thus this woman who, on February 24, in the port of Henichesk, came to stand, alone, in front of a Russian soldier armed from head to foot, and challenged him to ask him what he was doing there. The distraught, almost pleading soldier was reduced to asking, “Please don’t make the situation any more difficult! »

Or this group of civilians who, in another town that the Russians had just occupied, tried to block the progress of a Russian vehicle and challenged its occupants. Or another group of civilians trying to block Russian tanks that wanted to reach the nuclear power plant in Zaporizhia.

Isolated, these courageous acts obviously remain powerless. But when it is an entire people who undertakes, without any violence against the invading soldiers, to attack their morale and put them before the lies of those who sent them to risk their lives, the imbalance of forces can be reverse. Because what he puts in danger is the strength of the hierarchical link which binds the ordinary soldiers to their officers and the officers themselves to the government which sends them.

The Czechoslovakian and Polish examples

In Czechoslovakia, in August 1968, the predominantly non-violent strategy adopted by the population completely demoralized the soldiers of the Warsaw Pact who had come to put an end to the “Prague Spring”. Thousands of Russian, Polish, Bulgarian and Hungarian soldiers had to be urgently repatriated because their hierarchy could no longer trust them. Several hundred officers had to be sacked on their return to their country. Unfortunately, the Czechoslovak government put an end to this strategy of harassing the invading troops. And the military-political system of the Warsaw Pact was at that time much more solid, from the ideological point of view, than the Putinian system which it is obvious that it works for the sole benefit of a small minority.

In Poland, the Solidarnosc trade union was inspired by the same strategy, applied more methodically and in a concerted way. This movement was a prelude to the “velvet revolutions” that eventually brought down the Berlin Wall. What makes this strategy effective is that it reverses the balance of power. Faced with the invading Russian troops and the power of their weapons, the Ukrainian armed resistance, despite the courage and even the heroism of the men and women who practice it, risks not being able to measure up to the Russian steamroller equipped air force while Ukraine has no more planes.

But the 300,000 soldiers mobilized by Putin, drowned in a population of 40 million Ukrainians who would not harm their people but who would not stop harassing them with their bare hands by showing them that they had been manipulated by their government would be in a stronger position. The use of arms against a population that defends itself without violence, by words and by obstructing the movements of the adversary, is certainly always possible, but can become totally counterproductive, under the eyes of world opinion. , and especially that of the invading people informed by their own demoralized soldiers. And this is all the more true since, to occupy the whole country, the invading troops will have to disperse throughout the territory of Ukraine, a country larger than France.

A people who heroically prepare to defend themselves with Molotov cocktails against armored vehicles would certainly be capable of such resistance. And it would have many chances to be more effective by attacking this other “nerve of war” which is the morale of the troops, rather than by reinforcing this morale of the instinct of self-preservation of the simple soldiers threatened in their person. If the invasion spreads to the whole country, sending weapons to the Ukrainians will become more and more useless because they have every chance of not reaching them and even of ending up in the hands of the Russians.

A work of undermining

It seems to me much more useful to remind the Ukrainians, through the examples of the non-violent uprisings which have already undermined Russian power in the past, that even if, in the days to come, their weapons prove impotent, they have yet another form of power: that represented by a people who, by their resistance with their bare hands, place the lever of their action exactly at the place where they can best disarticulate the invading army, in the link that unites each of the opposing soldiers to the hierarchical chain of Putin’s system. To destroy the solidity of this link, an unarmed but determined population can become a veritable acid bath.

Combined with sanctions and the boycott of Russia, which are already forms of international non-cooperation, the non-violent strategy could constitute not only a form of defense more effective than armed defense for the population, but also a real undermining. against Putin’s power base: the connection to his army.