While waiting for their immigration status in the country, because the majority did not meet the characteristics to be considered refugees, different cities saw an increase in the Haitian population, as happened in Guadalajara.

Between October 1, 2021 and last February 16, 607 migrants were assisted in the DIF Guadalajara shelters for homeless people, located in Las Palmas and Belisario Domínguez, of which 291 were from Haiti, followed by Hondurans, with 121.

“The others are spread across Central America, South America and very few from other continents,” reported Eduardo Solorio, director of the DIF’s Inclusion Area.

The official reported that the Haitian population began to increase in the city last December. “They surpassed the first place that Honduras had, for example. There are more people from Haiti and it is part of a migratory phenomenon that does not occur only in Guadalajara, but in different cities of the country”.

recognized that many seek the process to achieve refugee status and others are only passing through. “Yes, the needs they present are varied. In the case of those who seek refuge, they are self-managing; in fact, they spread the word and among them they already know the procedures to seek this situation of regular stay in the country”.

Due to the fact that in these spaces they offer employment linking actions, he commented that some of them requested the support. “That’s where our intervention ends.”

Heriberto Vega, research coordinator at El Refugio Casa del Migrante, mentioned that the presence of Haitians has to do with the announcement made by the current US administration to provide temporary protection.

“That allowed a certain regularization, particularly of Haitians. The foregoing generates expectations in the people who consider that they could achieve these benefits. The same thing happened with the Central Americans when there was a change of government in the United States, when the borders were going to be opened, and that caused the borders to be filled with migrants.”

He added that for this reason many Haitians began to mobilize, “particularly in Brazil and Chile.”

Over the past year, Haitian refugee claims have increased in the country. 51,827 were registered, which meant an exponential growth when compared to the more than 5,000 carried out in the previous two years, and which for the first time exceed those carried out by Honduran migrants, according to data from the Mexican Commission for Helping the Refugee (Comar). 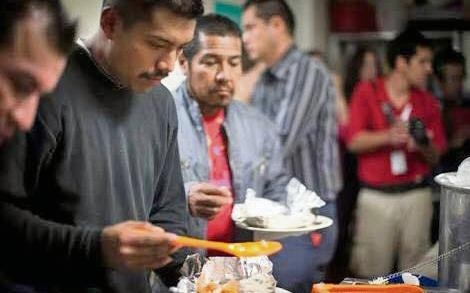 People migrate due to insecurity in their countries. SPECIAL

Eight out of 10 want to emigrate

Due to the continuous deterioration of the living conditions in the country, the persistent insecurity, the political instability, the decrease in the purchasing power of the population and the uncertainty that weighs on the future of the country, the 83% of Haitians want to emigrate.

The foregoing, according to the survey carried out by the Citizen Observatory for the Institutionalization of Democracy published by the newspaper Le Nouvelliste, which reveals that the desire to emigrate is greater among young people between 18 and 24 years of age, and among those who have an average level of education.

Haitian emigration has increased due to the political crisis that worsened with the assassination of President Jovenel Moise, in July 2021, in addition to the growing wave of violence caused by gangs.

The main destinations to which they go are the border area of ​​the Dominican Republic and the United States, a country to which they go by sea or through migrant caravans that travel through Central America. In recent months there has also been an increase in the flow of Haitian migrants to Puerto Rico.

They will reactivate service after low infections

Given the drop in infections and deaths from the new coronavirus, Casa del Migrante Shelter, located on Cerro del Cuatro, in Tlaquepaque, plans to increase the accommodation capacity of migrants passing through the Entity, after limiting care due to the pandemic.

Heriberto Vega, a researcher at the University of Guadalajara (UdeG) and research coordinator at this shelter, reported that this could happen as of this month.

“We are close to a reopening and the shelters in general are making progress. Last year, since the first year of the pandemic, when infections, hospitalizations and deaths began to increase, we communicated with other shelters and when the traffic light was implemented, we agreed that we could reopen little by little, as soon as the States around were in yellow. And we already have that condition.

He clarified that the influx will not be 100 percent, since they will start at half their capacity, “because there may still be infections and they also require special spaces in case someone presents symptoms.”

Currently, the shelter has 120 beds, but when there is a greater demand due to the arrival of caravans, more spaces are set up in nearby buildings.

Vega reported that during the health contingency, care was “outdoors” to avoid contagion, but since last October families began to enter. Last December and January they housed up to 54 people.

He stated that they only had a small opening to house the groups of Haitians who arrived in Jalisco. “They were extended families and also had minors with them.” He specified that the Haitians arrived in the city with the aim of entering the United States. “Many came with the intention of making their requests for refugee status, but basically the intention was to go to the neighboring country to the North.”

He acknowledged that some did stay, but it was difficult for them to find work, because some offers were very precarious, temporary or the documentation requirements were very difficult to cover.

He added that Haitians, unlike migrants of other nationalities, are united and move as a group. “They also have the characteristic of the language, which also makes it more difficult to attend, they not only speak French but Creole. And that gives them a unit that is different from the rest of the groups that we normally serve.” 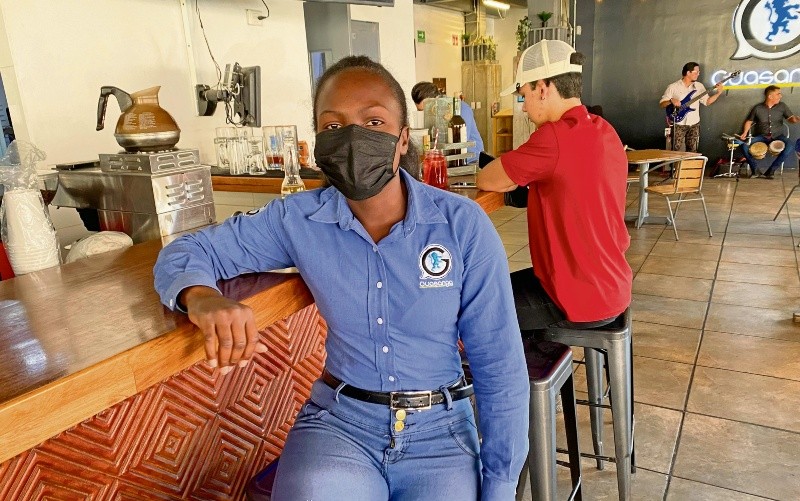 Date migrated from Haiti for better conditions. He works in the city. THE INFORMER/M. Munoz

During the past year, Mexico closed with 131 thousand 448 refugee applications, almost double the number received in 2019 (70 thousand 351), according to data from the Mexican Commission for Refugee Assistance (Comar).

Last December, the United Nations Refugee Agency (UNHCR) highlighted that Mexico has progressively gone from being a country of origin to one of transit and, currently, to one of destination, since according to official figures , 2,100 people applied for refugee status in 2014.

After pointing out that Mexico is under increasing pressure with the arrival of people with different and increasingly complex needs at its two borders, the Agency called on the authorities to strengthen the asylum system, ensure migratory alternatives and achieve integration effective.

The foregoing, after a visit to the country last November by Filippo Grandi, head of the UNHCR, in which the official stressed the importance of finding migratory alternatives for people who do not require international protection.

The UNHCR carries out a local integration program that has benefited more than 14,000 refugees. “The program has been implemented in eleven cities in the Center and North of Mexico, where the labor and housing offer, as well as the education and health systems, allow refugees to start rebuilding their lives,” he reported.

Lack of monitoring of migratory flow

Although it has been difficult to accurately monitor the migratory flow due to the pandemic, Iliana Martínez, an ITESO academic, acknowledged that “despite the restrictions, the flow has not stopped. There are few sources we have to try to identify if people are still passing through or not.”

He stressed that the current immigration policy is being very problematic. “The Mexican State has the obligation to grant protection to people who request it, since the increase in requests has been exponential. We see that policies are being implemented that are not being supported adequately with the budget”.

He pointed out that there is a very strong tension at the borders that causes an accumulation of people in a precarious situation “and they are not being properly cared for.” Therefore, he insisted that migration policies are not adequate, realistic or humane. “In some cases they contravene the same principles of international politics and agreements that exist between countries of basic humanitarian aid.” 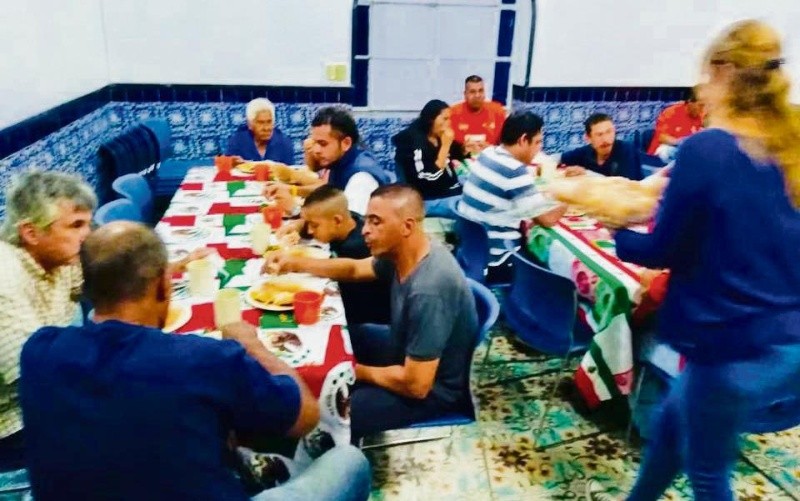 Population. From March 2015 to March 2020, 802 thousand 807 people migrated from Mexico to another country, of which, 60 thousand 587 correspond to the population of Jalisco, with which it is located in second place at the national level among the Entities with the highest expulsion of the migrant population, only below Guanajuato (62 thousand 476). The above, according to data from the Migration and Remittances Yearbook Mexico 2021, prepared by the National Population Council (Conapo), the BBVA Foundation and BBVA Research.

Impulse. It is reported that As of mid-2020, the number of monthly apprehensions of Mexican migrants at the border exceeded those observed in the previous two years, registering nearly 60 thousand Mexicans detained in March 2021, one of the highest levels observed during the last decade. “Thus, the data indicates that the crisis caused by the COVID-19 pandemic has driven the growth of the migratory flow of Mexicans to the United States.”

Mobility. It is recognized that the flow of undocumented migrants was affected by mobility restrictions on the border between Mexico and the United States. During April 2020, the number of apprehensions and inadmissibility registered by US immigration authorities reached its lowest level since April 2017.

Pandemic. They detail that Mexican migrants in the United States also suffered the effects of the health crisis, both in terms of health (3,384 deaths from COVID-19 in 2020), and economically, “as said community reached an unemployment rate of 17 per cent in April of that year”, it is reported.

Origin. International migration is understood as the movement of people outside their usual place of residence and across an international border to a country of which they are not nationals.

What do you think of the authorities’ treatment of migrants?