From La Poste to Les Bleus, the crazy rise of Jonathan Clauss 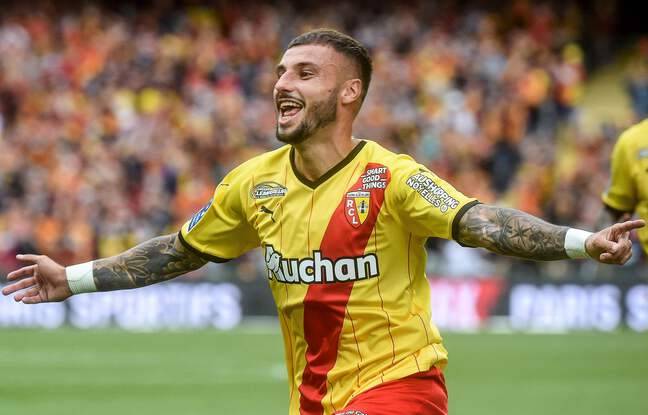 This is the supreme stage in an atypical journey. This Thursday, Jonathan Clauss was therefore selected for the first time in the France team. Racing’s right piston is part of the group called to challenge Côte d’Ivoire on March 25 in Marseille and South Africa on March 29 in Villeneuve d’Ascq. A crazy and rare rise for a 29-year-old player.

After the successful start to the season for RC Lens (2nd in L1 in October), his name had circulated on social networks where supporters demanded his arrival at the Blues in place of Léo Dubois. But last November, Didier Deschamps had cut short the flames. “He is one of the players we follow” had just replied the coach without saying more. Since then, Clauss had dropped a little in level. Blame it on this enthusiasm around him which had disturbed him as he admitted on February 27 after a victory for Lens in Angers.

He cried under the pressure of the Blues

“It wasn’t the pressure, but a surplus of information, nervousness, a surplus of stress that I don’t usually put on myself, and that was put on me without my wanting it”. To start off on the right foot, Clauss, already author of 4 goals and 9 assists this season in Ligue 1, admitted having cracked: “I cried. You have to, sometimes. I talked about it with my girlfriend and she told me: “It’s not just the weak who cry”. Even if I thought that, in the end, it feels crazy. And I slept so well the night after that I said to myself that next time, I will allow myself to do it again”.

Interim and odd jobs before taking off for the pros

He can now cry with joy with this selection for the Blues. One more step in a dented course. Not retained by Strasbourg after having studied at the training center until he was 18, the Alsatian had returned to the amateur world and had chained odd jobs for several years as he said in January 2021 in an interview at 20 Minutes “I was doing temporary work. I worked at the post office or as a distributor of pubs. It was work to fill the time when I was not in training. I needed a job between 8 a.m. and 3 p.m. to be able to train in the evening. »

The click will eventually happen in 2016/2017 during a brilliant career in the Coupe de France with Avranches. He then went to Quevilly then to German D2 under the colors of Arminia Bielefeld where RC Lens spotted him in the midst of a health crisis in 2020. The start of a meteoric rise for a player who still entrusted us with his dream a year ago. of the French team. “I have the feeling that it remains inaccessible. More and more people talk to me about it but I smile. This is not my primary objective even if it would be exceptional to go there one day. Since this Thursday, the exceptional has become a reality.