This Wednesday morning the Popocatepetl volcano woke up covered in snow.

WebCams Mexico images show “Don Goyo” covered in snow, according to a shot from San Nicolás de los Ranchos in the state of Puebla.

According to Conagua, minimum temperatures of zero to 5 degrees, frost and showers are expected for the state of Puebla.

While For the Valley of Mexico, a cold environment is forecast with possible frosts at dawn in high areas of the State of Mexico. 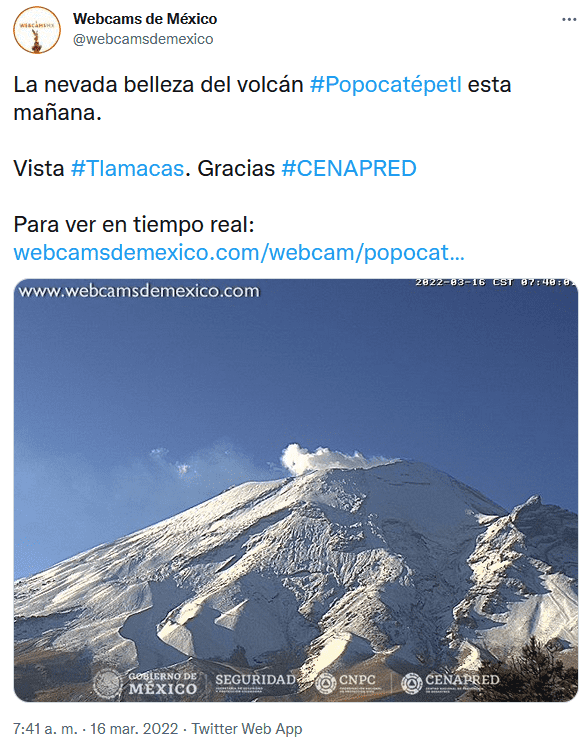 In the afternoon, cloudy skies are expected with rain and intervals of showers accompanied by electric shocks and possible hail in Mexico City and the State of Mexico.

There will be rain and hail in CDMX this March 16

For the capital of the State of Mexico, minimum temperature from 4 to 6°C and maximum from 22 to 24°C.

It should be remembered that on Tuesday afternoon there was a hailstorm in the area of ​​Río Frío and Llano Grande, in the territory of Ixtapaluca, which caused a multiple collision and the Mexico-Puebla highway had to be closed to traffic in both directions.