Lent for Ukraine: “It’s not just about turning down the heat, but getting out of indifference” 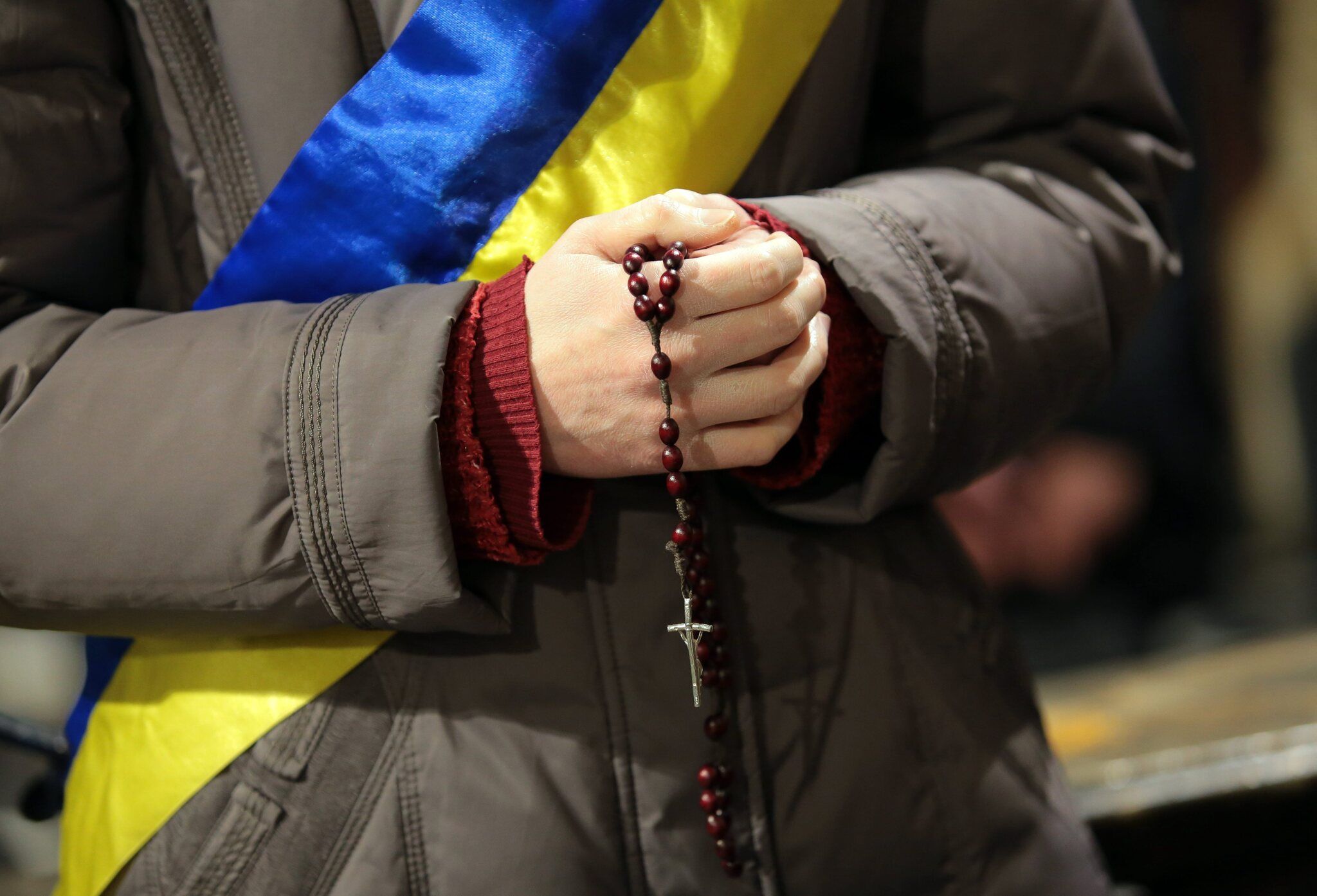 On February 24, the Russian army invaded Ukrainian territory. On February 28, the IPCC released a report on the vulnerability of our societies to climate change. On March 2, the Catholic Church entered Lent. At first glance, these three events take place on totally disjointed planes: one is geopolitical, the other is scientific, while the third is religious. Yet taken together, these events resonate as a powerful call for personal and collective transformation.

The war in Ukraine is undoubtedly the most shocking news for the European continent. If the first victims are obviously the Ukrainian people, this war makes it possible more broadly to bring to light several dysfunctions of our Western societies. Indeed, if we can rejoice that Europe welcomes Ukrainians fleeing the war, the contrast with the treatment reserved for people exiled from Syria, Afghanistan or Sudan is disconcerting. While hundreds of people live in the mud in Calais, the town hall has urgently opened accommodation there to accommodate Ukrainians.

→ READ. War in Ukraine: refugees from here, migrants from there

Does our solidarity in the face of precariousness depend on the country of origin or the religion of the exiled person? If we come to the aid of people who look like us more easily, would it be because we see in them the image of a threat that could affect us? This variable-geometry humanism is thus not the expression of altruism or love of one’s neighbour, but an instinctive reaction to inner fears.

This inability to mobilize before being personally affected by a crisis is not unrelated to our lack of preparation for climate change, as pointed out by the IPCC report: the delay in environmental policies is also explained by a self-centered and short-termist reasoning, which clearly shows our difficulty in taking these questions seriously when the urgency of the response must be embodied in the long term. Ecology, like the migration issue, must be able to free itself from these intimate springs linked to fear and immediacy, to allow a collectively assumed virtuous response.

→ ANALYSIS. The IPCC is alarmed by the already “irreversible” impacts of climate change

Another major problem concerns our addiction to fossil fuels. While revenues from the export of gas and oil allow Russia to finance this war, many voices are raised to invite a certain energy sobriety. In the short term, it is households that are being asked to make efforts: turn down the heating, take the car less… These are obviously useful gestures that are accessible to everyone. But above all, it shows the delay of our public policies in the implementation of the structural transformations necessary to reduce our dependence on Russian gas.

It is in this context that the Catholic Church entered Lent on March 2. The faithful were marked with ashes on their foreheads: this sign, a traditional symbol of penance evoking the fragility of Man returning to dust, takes on a particular resonance at a time when millions of hectares of forest are smoke every year, and as bombed buildings burn in Ukraine. Its affixing is accompanied by the phrase: “Convert, and believe in the Gospel. Faced with a humanity capable of self-destruction by the threat of nuclear weapons or by our inability to act in the face of global warming, how can we hear this call to conversion?

The challenge is not to look at Lent only as a personal journey of sanctification, where we are called to purify our acts and our thoughts; but to consider it more as a collective process, a community journey towards Salvation. The resurrection celebrated at Easter is certainly a free gift offered personally to every human being, but it is also a universal promise, that of the advent of a new world for all humanity. This is why the paschal mystery must lead us to ask ourselves: what must die in me on the cross of Christ to allow my brothers and sisters to experience this resurrection? It is a question of understanding that none of us will be fully saved if his neighbor is not saved in turn.

The IPCC report illustrates this well: the status quo takes us directly to an unlivable world. To avoid this condemnation, we must each, individually, get out of this trajectory by questioning our way of life. But this cannot be limited to a personal point of view, in our consumption gestures; this conversion must also be experienced as a worker, citizen, member of a church… It is through community dynamics that we must face this challenge.

If we must not deny that the responsibility for the ecological and humanitarian crises is first of all on the side of the powerful, the history of Salvation revealed in the Bible shows us how the people of Israel and then all of humanity were saved by the “yes” of modest men and women: Abraham, Moses, Mary… The challenge is therefore, for each of us, to understand what is this “yes” to which we are called, this personal way of participate in the advent of collective Salvation, allowing ourselves to be inspired by the Holy Spirit.

It is not only a question of lowering its heating in solidarity with Ukraine, to better raise it once the conflicts are over; but to get out of our indifference and set ourselves resolutely in motion. We must take advantage of Lent, a favorable time for recollection, to find within ourselves the spiritual resources to live this ecological and fraternal conversion, and thus “let all the consequences of (our) encounter with Jesus Christ spring forth on relations with the world which [nous] surrounds” (Laudato si’ 217).