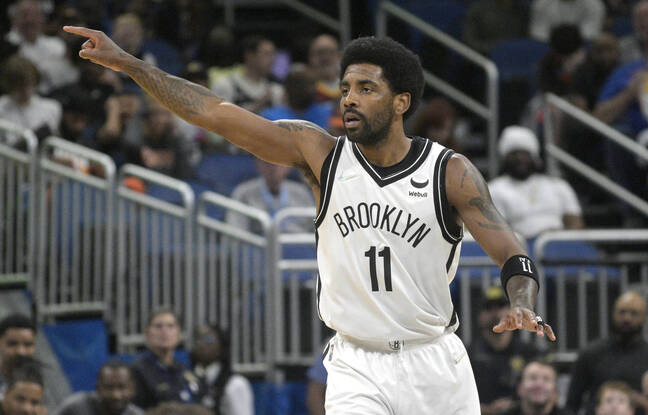 Maybe because he only has the right to play one match out of two, always prevented in New York because he has not been vaccinated, and that frustrates him as much as his team, who needs him in the last straight before the NBA play-offs, Irving thought he was going to work hard in Florida.

The figures are dizzying, especially those of the first period, completed with 41 points in the bag, 14/19 shooting including 6/7 behind the arc. He then eased off and once the 60 units reached (6 rebounds, 4 assists, 4 interceptions) at the start of the last quarter, he joined the bench without asking to stay on the floor any longer, despite the “We want Kyrie! (“We want Kyrie!”) chanted by the spectators.

Spectator but not home player

” I felt good. When you put 60, without forcing, without too many bad shots, it also illustrates how much we get along in this team. We give ourselves confidence and we do the right things, ”commented Irving, who had attended Sunday, for the first time this season, a home game at Barclays Center, where Kevin Durant passed 53 points to the Knicks.

The latter, who was content to score 19 against the Magic, had then rekindled the debate on the health rules imposed by the city of New York, wanting that any employee cannot exercise his profession until he is not vaccinated. This leads to an ubiquitous situation since Irving can still be among the spectators in the room but cannot play on the floor.