In Rennes, the permanence of the PCF of Fabien Roussel targeted by tags 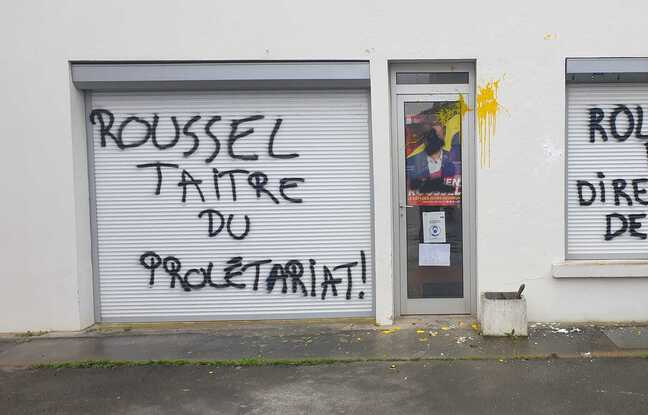 “Roussel, traitor of the proletariat”. This Tuesday morning, the leaders of the Communist Party of Ille-et-Vilaine discovered insulting tags inscribed on the shutters of their departmental office. These offices located in the Bréquigny district, south of Rennes, currently serve as headquarters for Fabien Roussel’s campaign for the presidential election. The tags inscribed on the building directly attack the communist candidate and the party leadership, whom they accuse of treachery. A car in PCF colors parked in front of the office was also damaged: three tires were punctured and windows were broken.

In a press release, local officials denounce “a manifest will to intimidate” and condemn these acts of violence. A complaint was filed by departmental party officials. “Violence and intimidation have no place in political debate,” they warn. A rally in the presence of several local political parties is scheduled for today at 5:45 p.m.

Credited with 3% of voting intentions according to the latest polls, Fabien Roussel has been heckled since the revelations of suspicions of fictitious jobs revealed by Mediapart about his position as parliamentary assistant between 2009 and 2014. An investigation was opened and entrusted to the Central Office for the Fight against Corruption and Financial and Tax Offenses (OCLCIFF). After the accusations from the online media, Fabien Roussel had claimed that he had “documents” proving his activity as a parliamentary assistant to Jean-Jacques Candelier (ex-deputy for the North).