Covid-19 in China: Xi Jinping, the “father who protects the great Chinese family” 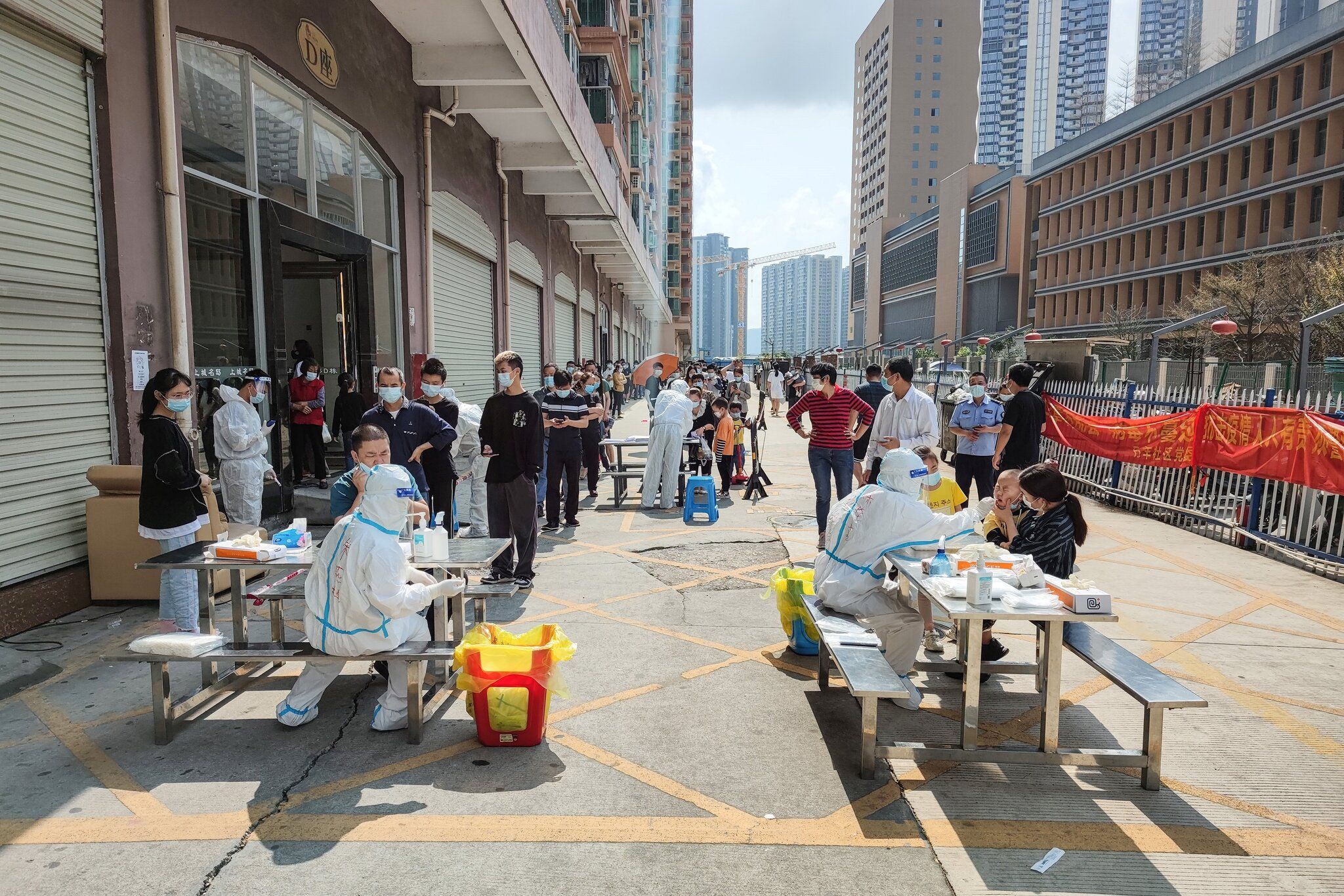 “The government is strengthening the protection of the population, the number of patients is under control, we do tests very often and here everything is very well organized. I have no concerns. ” Confined since Monday March 14 like 17 million other of her compatriots in Shenzhen, the Chinese technological capital, Violetta Zen, 37, businesswoman in the textile industry, has no reproach to make to the authorities of her country.

Her 15-year-old son follows the school online and her husband, a civil servant at the town hall, works remotely. In communication on encrypted messaging since the start of the Covid-19 epidemic which appeared in Wuhan at the end of 2019, she never expressed the slightest doubt or the slightest criticism of Beijing’s “zero Covid” policy. Even with more than 40 million Chinese currently confined, in Shenzhen and in the northern province of Jilin, not to mention residential neighborhoods in several large cities such as Shanghai, Violetta remains convinced of the relevance of the policy of “her” leader Xi Jinping. against the virus.

→ READ. Covid-19: in China, the return of containment

If the number of cases remains low – 2,300 new cases officially recorded on Monday March 14, 3,400 the day before – compared to the situation experienced in other countries, the increase remains remarkable in the context of China where the authorities do not ceased to apply a zero-tolerance policy in the face of the epidemic.

“In Shanghai, there is no problem and I trust the authorities”, also assures Lucia Chen, unemployed, while the city tries to avoid general confinement. “Everything is OK here in Chengdu (capital of Sichuan province)”, said Julie Wu, an e-commerce employee, on Saturday March 12, before changing her mind the next day after the confinement announcements: “The figures explode, it’s scary! »

The permanent propaganda for more than two years in all the state media (TV, radio, newspapers, social networks), which hammers home the mortal failures of the West in the face of the virus and boasts of the great successes of Chinese policy, explains largely the near-unanimity of public support for its leader Xi Jinping.

Sofia Chaw, a very Francophile Catholic from Beijing, connected to the outside world, underlines how “Xi Jinping has done a remarkable job, like the father who protects the Chinese family”. As such, the Chinese obey him and do not allow themselves the slightest criticism of him. We do not rebel against the father in China, we follow him blindly and we accept the confinement of buildings, districts, cities and provinces. A mystical link between the people and their father, the undisputed leader.

“God is with us all”

Shu Kan, an alias, professor of science at Hangzhou University (Zhejiang province), confirms this “idolatry resulting from general brainwashing”. But it brings other more social and cultural explanations. “From the start in January 2020, Beijing instilled fear of the virus in the minds of all Chinese people. Like everyone else, the Chinese fear death, but they are also appalled at the idea of ​​going to their crowded hospitals, which are not always well equipped and which can ruin a family because there is no social protection,” he adds, also emphasizing the reduced national capacities of the Chinese hospital system.

→ LANDMARKS. Two years of Covid-19: the main dates of the pandemic

For Sofia Chaw, confinements and daily tests are not constraints but “security measures to avoid death”. She even dares to dream of a very improbable reopening of the borders. And cowardly, full of hope: “God is with us all! »