Average fuel price exceeds €2 per liter for the first time 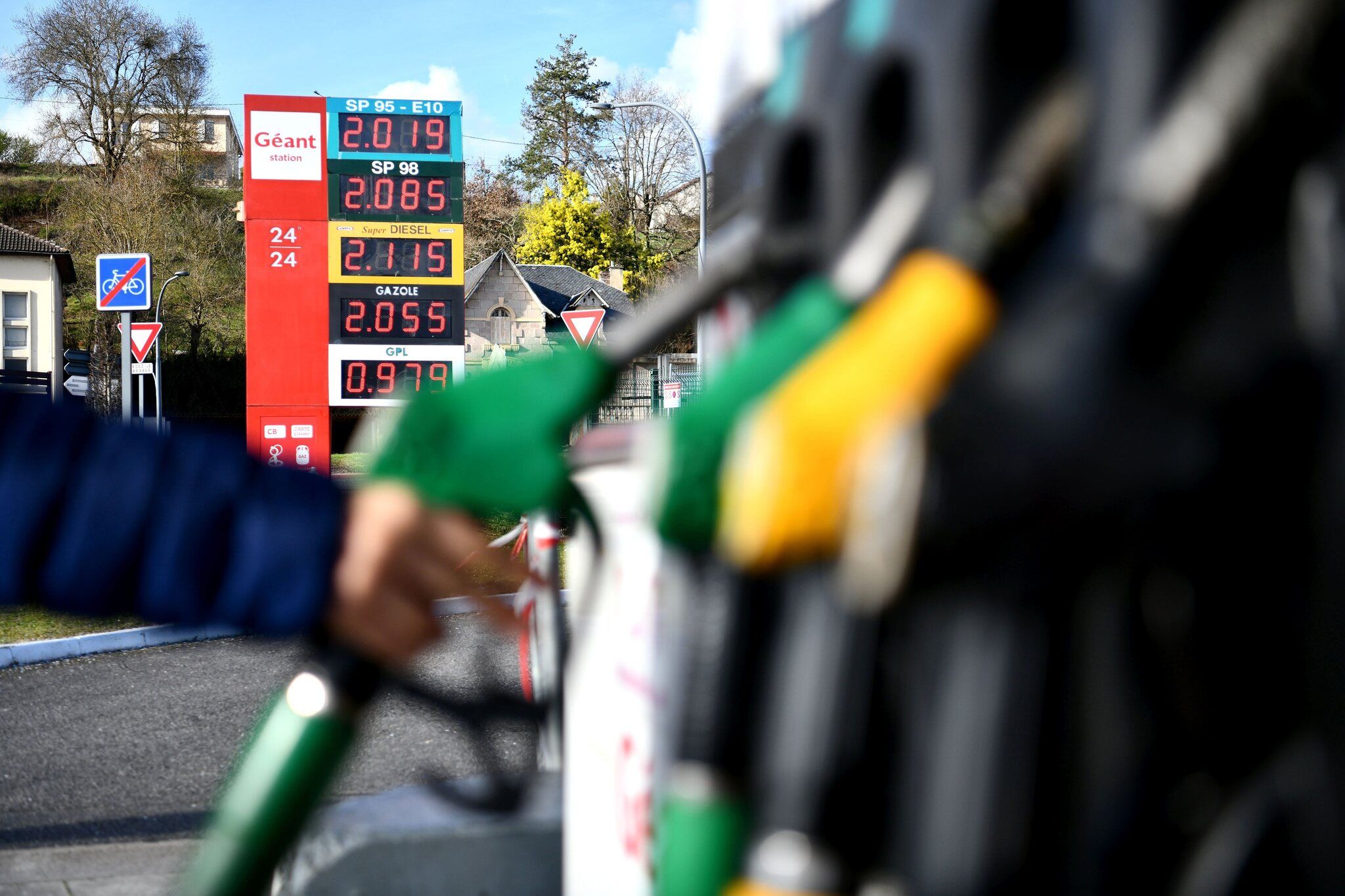 Fuel prices have never reached such heights. For the first time, the average price of fuel throughout the country exceeded €2 per litre, a consequence of the surges in oil prices since the outbreak of the war in Ukraine.

→ REPORT. “I had to make concessions”: in Lozère, motorists overwhelmed by fuel prices

Since the beginning of the year, the prices displayed in service stations have already been constantly increasing, amid fears of a Russian invasion of Ukraine. Vladimir Putin’s declaration of war on February 24 further amplified this phenomenon. According to weekly statements from the Ministry of Ecological Transition published on Monday March 14, the price of diesel stood at €2.141, an increase of twenty-five cents in one week and nearly forty cents in two weeks. That of unleaded 95 reached €2.029 per liter (+ €0.158 compared to the previous week).

Oil at the top

→ ANALYSIS. Fuel prices: the State will pay back more than it earns in taxes

Such prices can be explained, among other reasons, by the significant rise in oil prices, against the background of the war on Ukrainian territory. Fear of sanctions and oil supply drying up creates uncertainty and speculation putting upward pressure on prices. The price of a barrel of Brent thus settled well above 100 dollars, after having come close to its historical record of 147 dollars (around €133) at the beginning of March.

A gesture from the government

In order to support individuals and businesses affected by an unprecedented increase, the government has announced a “discount at the pump of 15 centimes per litre”, Prime Minister Jean Castex said on Saturday March 11. This state-funded measure will apply from April 1 and for a period of four months.

This measure, which will cost around 2 billion euros to the State, concerns households as well as businesses and will be “valid on all fuels”, specified the Prime Minister, who also called on “oil tankers” and ” distributors” to “make a complementary gesture”. Economically, France may suffer the effects of the war in Ukraine in the medium term. According to the Banque de France, growth could be slowed by 0.5 to 1.1 points in 2022 depending on variations in oil prices.

The government is also preparing targeted measures to help “big rollers” pay for their gasoline this summer. “I am working, at the request of the Prime Minister, on devices targeted at people with the lowest incomes, who use their vehicle because they have no alternative solution”, indicated Monday the Minister of economy Bruno Le Maire. “It will be implemented from this summer”.