Corsica: lifting of the status of “particularly reported detainee” of Alain Ferrandi and Pierre Alessandri 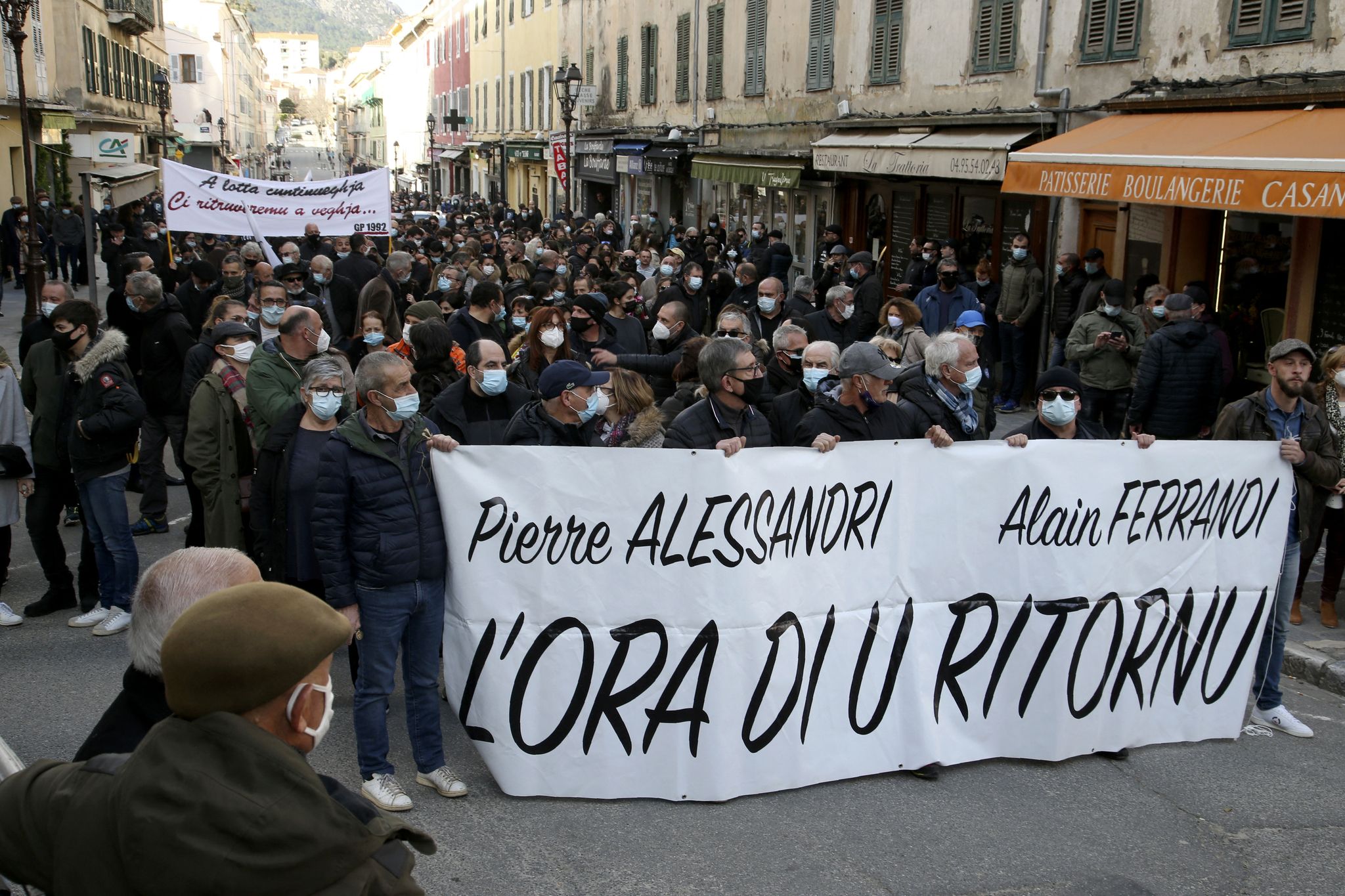 Jean Castex on Friday March 11 lifted the status of “particularly reported detainee” (DPS) of Alain Ferrandi and Pierre Alessandri, members of the Erignac commando, “in a spirit of appeasement” after the attack in detention of Yvan Colonna who sparked a series of protests in Corsica, Matignon announced.

→ READ. Aggression of Yvan Colonna: what becomes of the other members of the Erignac commando?

This decision paves the way for a rapprochement in Corsica of the two detainees, an old claim that has become a major political point of tension on the island. The Prime Minister also said he “firmly condemned” the violence that took place on Wednesday evening, “as well as the totally inappropriate remarks accusing the State of having intentionally lent a hand to the very serious attack of which Yvan Colonna was the victim within the central house of Arles on March 2nd”.

Multiplication of demonstrations in Corsica

The Prime Minister had already tried to ease the tension on Tuesday evening by lifting, “for human reasons” he assured, the DPS status of Yvan Colonna. But while the independence activist is in a coma after his attack by a fellow prisoner imprisoned for terrorism, the gesture was considered by many to be a provocation and did not prevent the multiplication of demonstrations and a night of riots on Wednesday evening.

“The conditions under which this unacceptable act could have taken place in a penal establishment must be elucidated in a rapid and transparent manner”, further pleaded the Prime Minister, recalling that he had launched an investigation by the General Inspectorate of Justice. Jean Castex “proposed that once calm has returned to the island, the dialogue initiated in recent months on the evolution of the status of the Corsica community, as well as on the major economic and social issues of the territory can resume”. Interior Minister Gérald Darmanin was instructed to “make proposals” to him in this direction.

Thursday evening, the autonomist president of the executive council of Corsica, Gilles Simeoni, had called on the state to “open a new political cycle and to say clearly that there is a Corsican question”. Among the “strong signals” expected included in particular “the immediate lifting of the DPS status” of Pierre Alessandri and Alain Ferrandi as well as their transfer to the Corsican prison of Borgo.