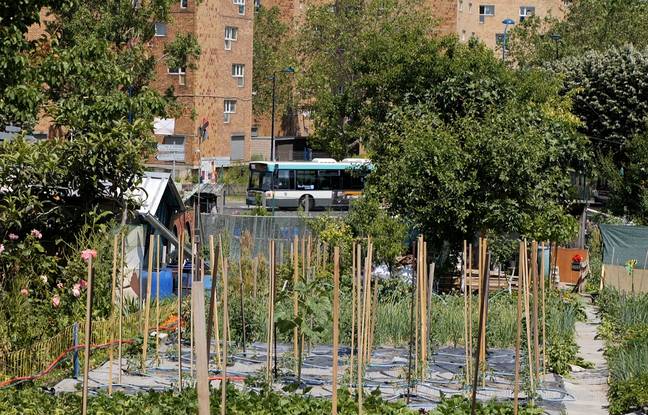 The Paris Administrative Court of Appeal on Wednesday ordered the “immediate” stoppage of work on the Aubervilliers training pool (Seine-Saint-Denis) for the Paris 2024 Olympic Games. d’Aubervilliers (Seine-Saint-Denis) not to interrupt and to continue the execution of the construction work of the nautical center […] is suspended”, which leads to “stop all work without delay”, ordered the judge in chambers in an order of which AFP had a copy.

This decision is the logical follow-up to that rendered on February 10, in which this competent body in disputes related to Olympic works, had asked to preserve the allotment gardens. Several plots have already been destroyed by diggers to build additional equipment for the swimming pool (solarium, mineral beach, etc.).

The Court had thus enjoined the Plaine Commune intermunicipality, chaired by the socialist Mathieu Hanotin, to review the local intermunicipal urban plan which had been modified to authorize the urbanization of these squares of greenery. Despite this court decision, nothing had changed. The site continued its work, the communities concerned considering that the building permit was not called into question. The order issued on Wednesday therefore clarifies the situation.

“These works, by their nature, are likely to cause consequences that are difficult to reverse on the Vertus garden plots even though it is a primary core of biodiversity crossed by an ecological corridor”, reminded the judge of the referred. A legal battle has started around the project, which is part of the Olympic works intended to leave a “legacy” of the Olympics to the inhabitants of this popular department.

This is the second suspension of work since the launch of this chaotic project. The site had already been interrupted briefly from September to November 2021 for a dispute over the building permit, which the city of Aubervilliers had to modify. This part must still be judged on the merits. At a cost of 33 million euros, the aquatic center is supposed to welcome athletes in training a few weeks before the Olympiad. Provided it is completed on time.