Valérie Pécresse: “Making France love again is a major subject for the school”

La Croix: What would be your very first measure for education?

Valerie Pécresse: I want a national boost for school and will make French and math the two major educational causes of the five-year term. We must give all children the fundamentals that will enable them to succeed. France sees its rank drop in the international rankings. I will add two weekly hours of French and one hour of math in primary. By taking maths out of the common core after the second year, the high school reform has led to a loss of scientific vocations, especially among girls. Also, I want to reintroduce maths as a discipline in its own right in the common core, in first and final.

You propose an exam before entering sixth grade: is this the end of the single college?

VP: No, it’s the end of the college uniform! This exam will ensure that the fundamentals are acquired. There is no question of doing English or physics if you do not master French or maths. Students who do not pass this exam will enter college in sixth consolidation, time to catch up.

You plan to create 10,000 teaching and non-teaching positions in national education… How to make them attractive ?

VP: There will be salary efforts, especially at the start of their career, and on merit, for teachers who also invest in projects outside of their class hours. I also want to encourage second careers, after retraining, by creating five-year educational mission contracts, with a salary that takes into account the previous professional career.

You intend to give institutions more autonomy. At the risk of widening inequalities?

VP: We are already seeing extremely strong inequalities, with public sector avoidance strategies. I want to give back to the latter its strength, by encouraging educational innovation to adapt to the needs of the territories. Where the difficulties are concentrated, I will experiment, outside the school map, with public schools, free, 100% innovative, with a specific educational project. Students will sign a charter of commitment. Professors will be recruited on a voluntary basis, on the fringes of the ordinary transfer system based essentially on seniority. If this device works well, we will extend it. 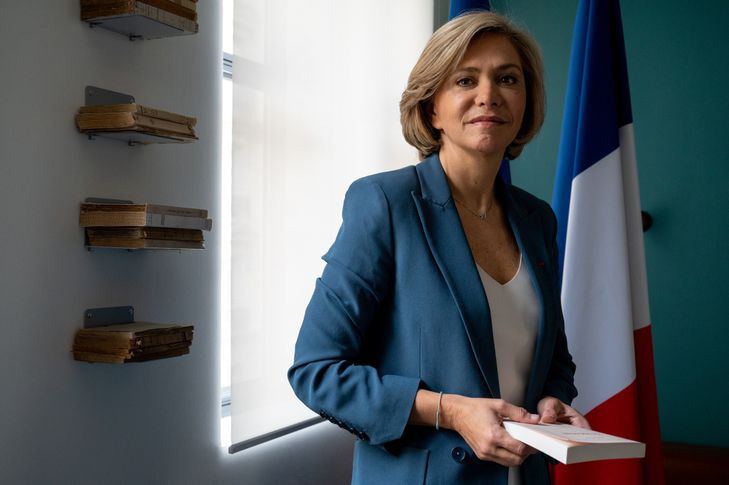 Valérie Pécresse: “I want a national boost for the school and will make French and maths the two major educational causes of the five-year term. / Marc Chaumeil for La Croix

VP: This is to offer college and high school students who have difficulty working at home to stay until dinner in their establishment. They will benefit from a supervised study and cultural or sporting activities. It is an adaptation of the principle of boarding schools of excellence taking into account the demand of young people and their families, who wish to meet each evening.

→ REREAD. The Blanquer plan to give new life to boarding schools

Should we bring the school closer to the professional world?

VP: Yes, that’s why I will entrust the orientation to the regions, which will commission specialized speakers. This will lead to directing more young people towards more valued vocational courses. I will also allow young people to do apprenticeship under school status from the age of 14, without waiting for the end of college.

What do you expect from private education?

VP: Private establishments already play an important role in welcoming scholarship students and I will accompany them to go even further. Moreover, today, having to wait five years before being able to apply for an association contract with the State (and seeing the salaries of its teachers paid for by public funds, editor’s note), is too long. It would be better to see, from the start, if the project responds to a real educational vocation and, if this is the case, to engage more quickly in contractualization.

What will your “National Day of French Heroes” consist of?

PV: I symbolically propose the date of November 10. Between November 9, anniversary of the death of General de Gaulle, and November 11, commemoration of the armistice of 1918. I hope that in each subject, we can talk about our great heroes and heroines of yesterday and today today. And, beyond that, volunteers, volunteer firefighters, caregivers. Our youth needs exemplary figures and to regain pride in France and its history. Making people love France again is a major subject for the school.

Several left-wing candidates want to remove Parcoursup. What do you propose ?

PV: What should decide the orientation of young people is not an opaque algorithm but Republican merit and the prerequisites set by the universities. In courses that have more candidates than places, they must explain the criteria that guide their choice. Universities must assume a selective orientation.

→ LARGE FORMAT. Parcoursup: investigation into the algorithms that decide the future of our children

I also intend to strengthen the autonomy of universities for the recruitment of teachers in particular, in the continuity of the law that I had brought in 2007. Finally, I propose that young people from rural areas can follow in the premises of their high school , remotely, a first year of university.

On secularism, you still want to regulate the wearing of the Muslim veil. Why ?

PV: An adult is free to dress as they wish. But the veil is a sign of female submission. Regarding school outings, I consider that the guides are public service auxiliaries. They must therefore also be subject to the rule of neutrality and not wear any conspicuous religious sign whatsoever. However, I do not want to deprive the children of school trips, which is why I want to increase the number of young people in civic service by 50% in order to compensate for a possible lack of parents.