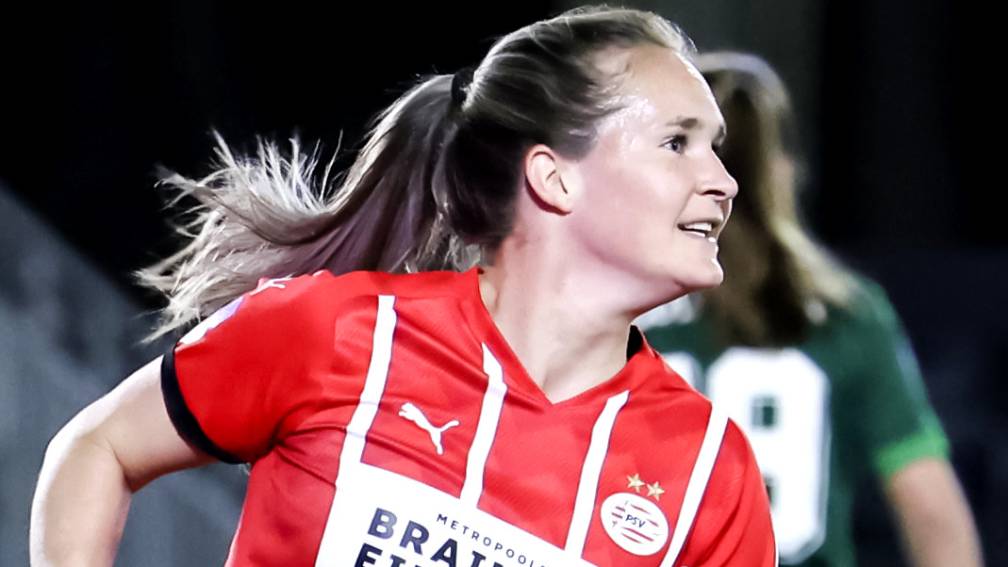 How the ball eventually went in deserves the designation ‘messy’. But Desiree van Lunteren’s pass prior to the PSV women’s 2-0 against Feyenoord was so beautiful that the completion no longer mattered at all.

Van Lunteren gave PSV a firm push in the right direction with her tour de force, on his way to a 4-0 victory and a place in the semi-finals of the KNVB Cup.

What exactly was so beautiful about it? Van Lunteren stood with her back to the goal ten minutes before half-time, with a defender in her back. Not a promising situation, but with a no-look through ball from the turn, the number 10 of PSV suddenly gave the ball to Naomi Pattiwael – Feyenoord back Justine Brandau was completely surprised and could do nothing more.

Pattiwael gave in and saw how Maruschka Waldus hit the ball at the far post with the necessary luck, Feyenoord defender Sarina Heijblom hopelessly mowed over the ball, was able to tap in for the 2-0.