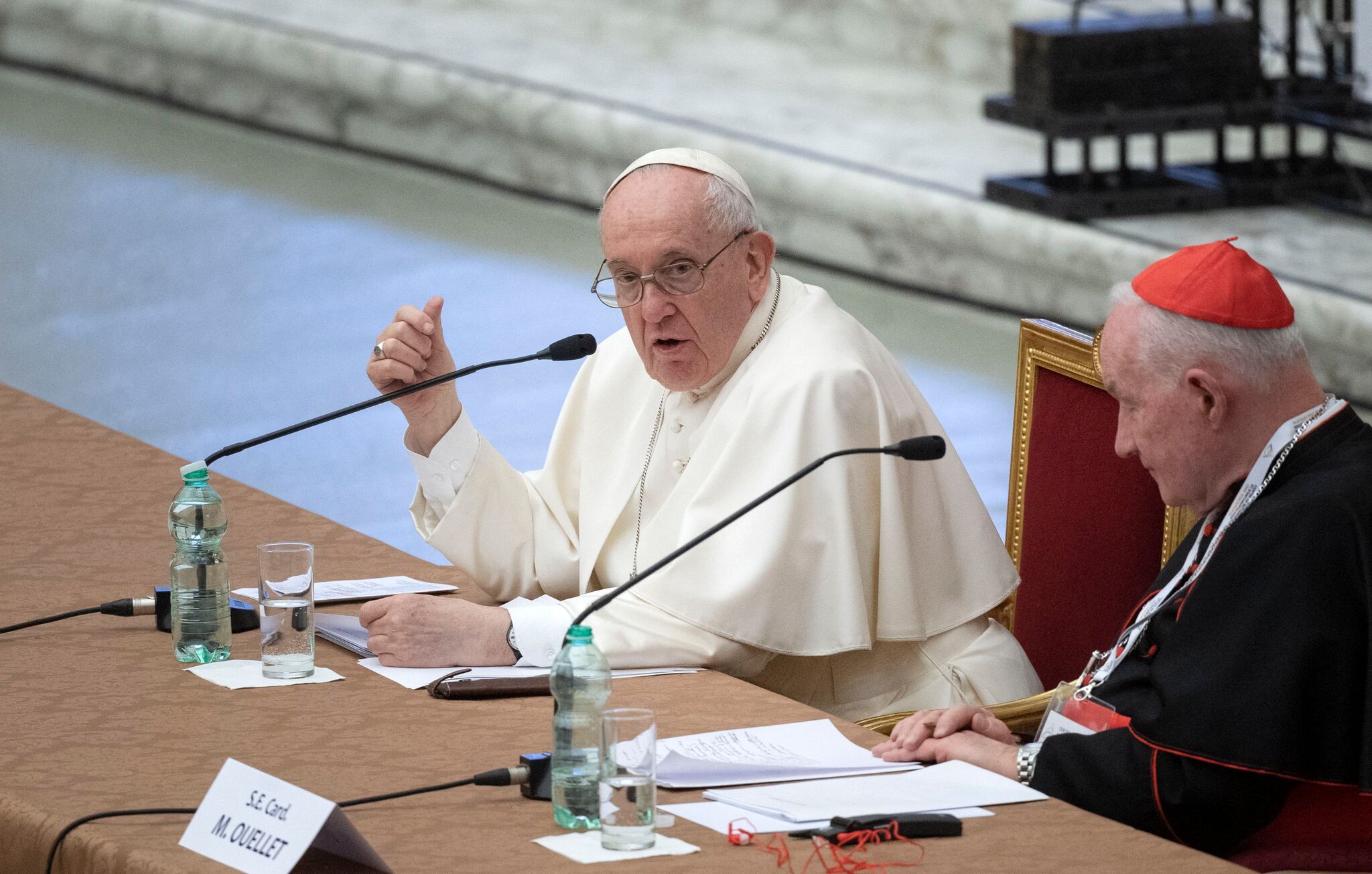 Opening a Roman symposium occupied, on the initiative of Cardinal Ouellet, to define “a fundamental theology of the priesthood”, Pope Francis spoke at length last February 17 on the vocation and condition of priests of the Catholic Church. A priest’s word to priests, therefore, weighed down by the weight of the authority of the bishop of Rome, but also by the experience of a pastor burdened with years. Vigorous words, since carried by the shocking conviction that priests “need to be evangelized”.

→ ANALYSIS. A symposium at the Vatican to rethink the priesthood

If the text is open to everyone’s reading, it is not so clear that a lay person is justified in reacting to this. The formula of Gratian’s decree (12th century), which peremptorily distinguishes between two categories of Christians, clerics and lay people, obviously does not prevent the former from dealing with the life of the latter. This is even their official attribution as pastors. On the other hand, that the laity are legitimate to express themselves about the clerics goes against a secular tradition. Let them risk a word, it will quickly be perceived as arrogant, irrelevant, impertinent. The turmoil created in parishes by the synodal work, to which the Pope invites Christians, today provides proof of this.

In fact, one will think, what can a lay person have to comment on when the pope reminds priests that there is no viable, happy and fruitful priestly life except by cultivating a fourfold closeness to God, to the bishop, with the brother priest and with the people of God? Certainly, except that the closeness to God, which the pope makes the foundation of a priestly existence, is described here through recommendations that in fact affect the life of every baptized person. We know well, in this sense, that when the Apostle Paul exhorts us to “pray without ceasing”, his word is aimed at every disciple of Christ, without obviously restricting its addressees to those who are ordained to the ministerial priesthood.

Likewise, when it comes to relations between priests. Typically, the subject relates to the specifics of priestly life, called to be governed by the principle of “being holy with others”. Yet the pope’s admonitions to cultivate a true priestly fraternity, by dismissing power games, rivalry, envy, are in line with what many Christians painfully foresee from the hushed violence that haunts the enclosure of presbyteries. A reality that is all the more disturbing because these same pastors eloquently preach patience, charity and mutual forgiveness.

Close to the people of God

Finally, the fourth proximity pleaded by the pope, that of the priests with the people of God, makes the ears of a lay person prick up, this time directly involved. The pope recalls here a series of truths that a layman rediscovers with gratitude. Thus this principle: “Priestly identity cannot be understood without belonging to the holy people of God”, with this corollary of the inclusion of the sacrament of Holy Orders in baptism, contrary to a hierarchy which establishes one above the other. Thus, again, from the reminder that “a priest who prays remains, radically, a Christian who has fully understood the gift received at baptism”. A happy corrective to the image of the priest, a man of superior piety, symbolized by the breviary. Likewise, the need for priestly life to be first of all a sharing of the ordinary condition of all, in a “being close to the life of the people” comes back as a leitmotif. So many mentions that counter a vision of the ministerial priesthood folded into a self-referentiality, whose dangers Francis never ceases to denounce.

In any case, these reminders cause waves of meaning to form around the pope’s words, which widen the gaze. Waves that bring together the identity of the Church, as Saint Paul teaches, with reference to the image of a body. Body of Christ, organic Body, characterized first of all as “all together”, moved by a single Spirit, for the same hope and the same action, to build up humanity in Christ (cf. Eph 4, 24).

It is after having firmly laid this foundation that Paul, addressing the Ephesians, evokes the way in which the life of such a Body is sustained by a series of gifts/charisms, which diversify it. Those who carry them (charisms are not “gendered”!) receive them not for themselves, but for others and the lives of all. Among these charisms is the presbyteral priesthood, which has the singularity of being the object of an ordination. An undeniably major charisma, since it is responsible for designating its source in the Church and, through the stewardship of sacramental life, for making it live with the life of Christ. A representation of the Church, anchored in the first tradition, and defended today by theologians who are not suspected of adventurous thoughts.

In this light, the meaning of John the Baptist’s words about Jesus suddenly becomes apparent, which the pope quotes in his speech: “He must increase and I must decrease. Of course, we hear the exhortation: it is Christ who must grow through the work of his ministers, the same movement in which they consent to step aside, as faithful servants. But, if Christ identifies himself with the Church as with his body, then we must dare to understand: “The holy people of God must grow, at the same time as its pastors agree to diminish”. Untimely maxim for a human institution, but so much in the spirit of the Gospel. A whole program for a refoundation of the priesthood.