Gender inequality in the Mexican economy

Cisgender women in the economy suffer from gender inequality, the Mexican Institute of Competitiveness (2021) reported that in Mexico women: 1) constitute only 40% of the workforce in the country, 2) the average monthly income is 6,786.09 while that of men is 7,870, this difference represents that a woman earns 86 pesos less for every 100 than a man earns, 3) women spend 2.5 times more hours on unpaid housework than men, 4 ) in informal work is satisfied with 55.14% of women and 50.11% of men, that is, there is a percentage of 5.03% more women in the informal sector and 5) on disguised unemployment (people available with job interest but without occupation) is distributed in 16.42% of women and 7.49% of men, which means that there are more women unemployed than men with a difference of 8.93%.

These 5 points report economic conditions in terms of the labor force, income, unpaid work, informal employment and unemployment; In each area, cisgender women are in a disadvantaged position, which means that male privilege dominates the social right to employment and that public policy aimed at social development and the economy must have a gender perspective.

The social narrative of gender inequality in the economy cannot be seen with the naked eye because, in general, the political agenda for women focuses on other more serious areas of violence and human rights violations. Making visible and demanding spaces for women is essential because only with economic independence can other spaces for social and political participation be taken.

We are not born as a woman, but we become a
Simone deBeauvoir

ECHOES OF THE DEBATE

“A woman who breaks barriers is…” 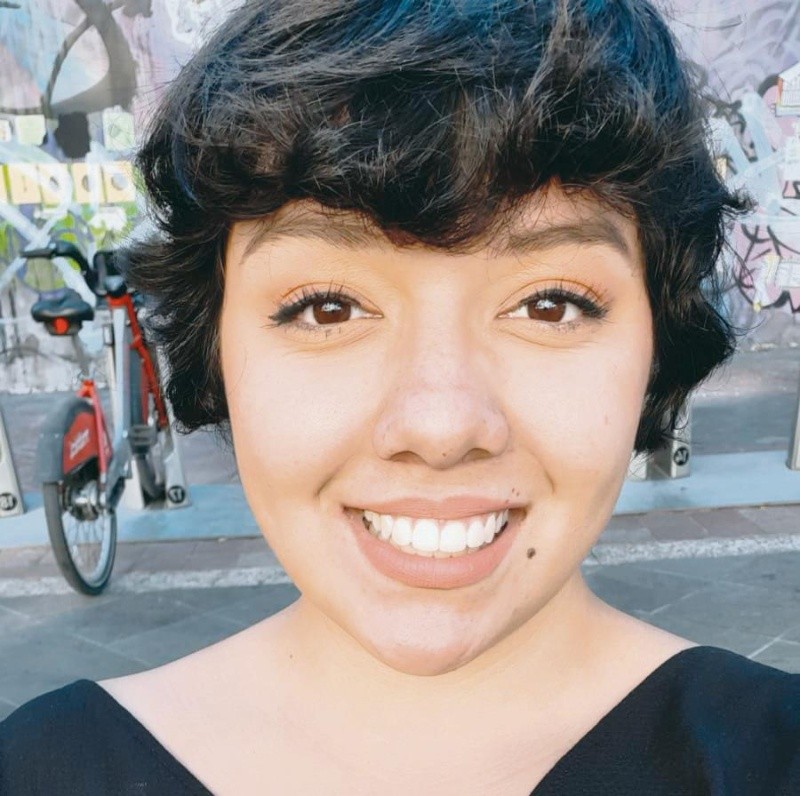 Who is a woman who breaks barriers? I think of the ancestors, their care and the fabric they have left us, the way they taught us to exist and to resist. A woman who breaks barriers is the one who decides when to (r) marry and (re) build herself. She putting the pieces of her together, renouncing herself and blossoming. Breaking barriers is knowing that there are other ways; women who break barriers build safe spaces, from community, love, tenderness and resistance. 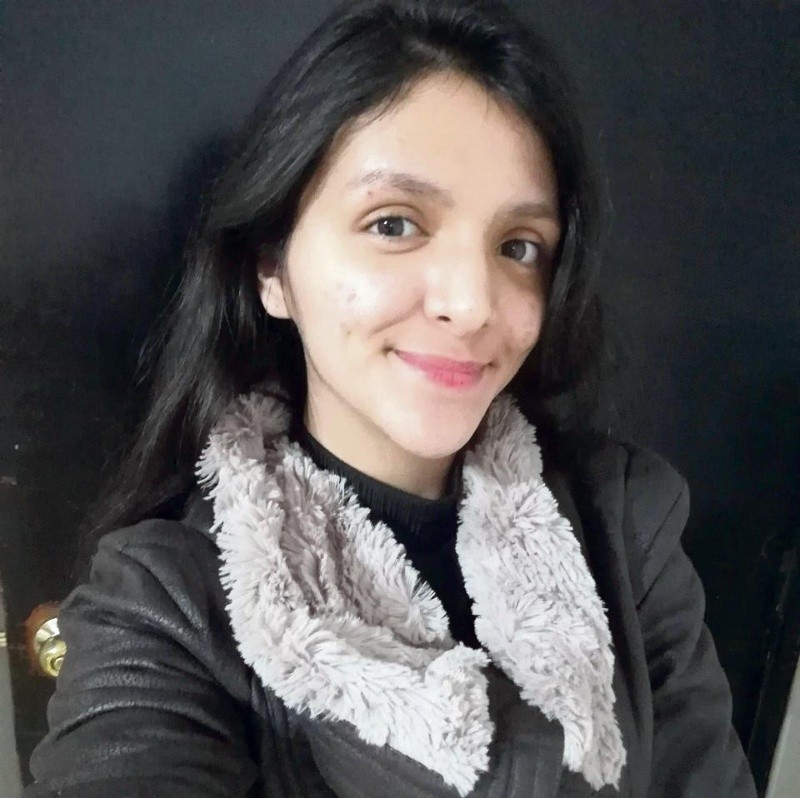 A woman who breaks barriers is one who seeks the common good accompanied by respect for herself first and therefore for others, one who is an agent of change breaking social and cultural stereotypes, trying to get closer to the truth because the truth makes us free. Due to this understanding, there are movements of a social nature with which more awareness of the important role of women in the labor area and, above all, in science, continues to be achieved.

Listen live to social leaders share, in an interview, some of their experiences

The more I look up, can you?

With strong ties to her origins and a latent concern that drives her, in order to be “the person who is not afraid to venture into new spaces” from debate, oratory, to work, Beatriz Ramírez as a law student introduces herself as a woman who works to be that figure she was looking for so much, commenting “don’t be afraid to send that message, to insist and knock on the door”, she shares with us how in her journeys being a woman has directly influenced every step of her life, having to recognize the biases that he will face in each environment he arrives in or what that additional burden will be, he mentions “in debate competitions, realizing how my voice has to be, how I have to make myself stand out more than the debater male so that what I say in the debate may have the same or greater relevance” presenting this recurring glass ceiling. There are 2 pillars and she describes them as “my friends and my family, this has a double function, they are not only emotional support or at home, they are an impulse, I get loads of love, for example, with my friends and boyfriend who represent a break and, knowing the profession of my brothers has taken me to see a lot of the world”.

Part of venturing into the world of work since she was a girl, allowed her to experience the universe of networking and decision-making places, commenting “it is very difficult to break these spaces that are made by and for men, despite having more women in the career you realize that there are more men in these points” it is with these experiences that Beatriz reaffirms her desire to open the way and thus “take a space, in the long term, to be in a place of decision-making and to be present when make important decisions” recounts what he has learned at this point, commenting on the need to “actively look for opportunities and people, to find someone to admire”.

Beatriz points out that she understands and lives the effort of work day by day “I’m not going to say that you find what you like and you never go to work, it’s still work, it continues to represent this effort and fatigue” however, she shares a little of her motivation, emphasizing “when you find passion, the battery comes from you and the satisfaction generated by being shining and occupying these spaces” is with this that Beatriz gives us the image of a motivation with fixed foundations, recognizing the challenge it faces and the effort that this requires but with the vision of a greater goal “representation is not the whole fight, even so being an example helps to see that it can be done”, clarifies the constant dynamic of scissors that he sees in decision spaces “The more I look up, the fewer women there are in the spaces.”

She tells us about a significant experience for her, her first debate contest that with little or no previous recognition for her performance, enters the competition, positions herself in the final as the only team with a woman and manages to win it. Beatriz describes us “it was a very positive and very negative experience, because you see that not all people are wind in favor, some will be wind against and you learn to recognize when these red lights, dangers in circumstances or people appear and it is something that It helps you a lot, because when you start to show what you know, not everyone will agree and that’s okay”. 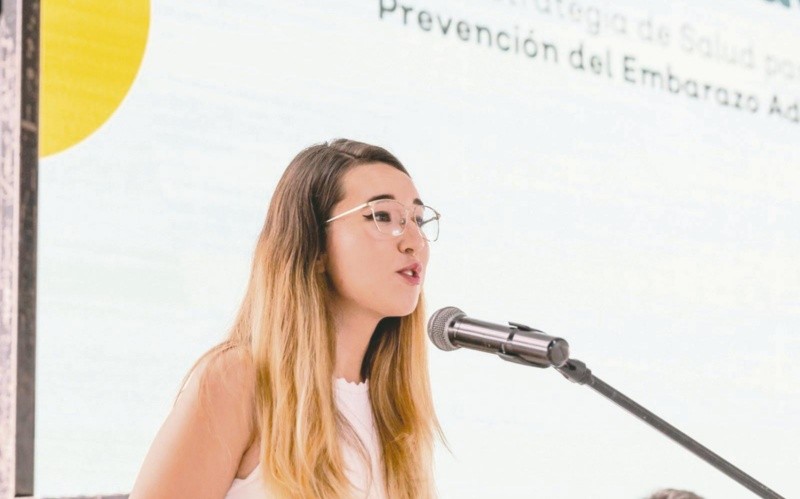 Message join the Sea Inside

At Mar Adentro we recognize the importance of developing personal potential and for this reason we highlight Beatriz’s message to the Mar Adentro community “Don’t be afraid to continue, you can transcend, don’t be afraid to send that message, to ask for that advice, to talk to that teacher, that is, do not lose the courage to be yourselves in the spaces and look for where to connect and with whom to connect”.

It was a world meeting for gender equality convened by UN Women and co-sponsored by the governments of Mexico and France, a proposal for unification in dialogue by and for women, in association with youth and civil society. It began in Mexico City and culminated in Paris, bringing together governments, corporations and agents of change from around the world, hoping to impact as many actors as possible.

This forum generated funds and multiple commitments of policies and programs, which with this was promoted the generation of a global action plan to promote gender equality, it involved some 10,000 people, including more than 250 speakers from 85 countries, this class of proposals are an example of the unification of the contextual, where women from different countries can give a voice to the obstacles they experience and create various proposals on how not only they, but also the different profiles and spheres of society can be a stepping stone of support for this change.

We constantly recognize the power of the word and how it generates changes not only in policies, but also in the narratives of society. The Generation Equality Forum 2021 is a successful proposal in promoting a change in narratives, bringing the discourses that do not have a leading role in social dialogue, bringing to light not only the obstacle, but all the ways in which it can be eliminated.

Women who run with the wolves” by Clarisa Pinkola Estés. Analysis of stories, intercultural myths to make visible the effort of society to encapsulate the wild woman.