Security in Jalisco: Teenager drowned in a Tlajomulco dam

At the dam known as the busted located next to the Los Cántaros Subdivision In Tlajomulco, this afternoon a young man drowned, his cousin informed the authorities after he no longer saw the victim come to the surface after submerging in the water.

At approximately 4:15 p.m. this Wednesday, a person was reported drowned in a body of water located on Adolf Horn Avenue. 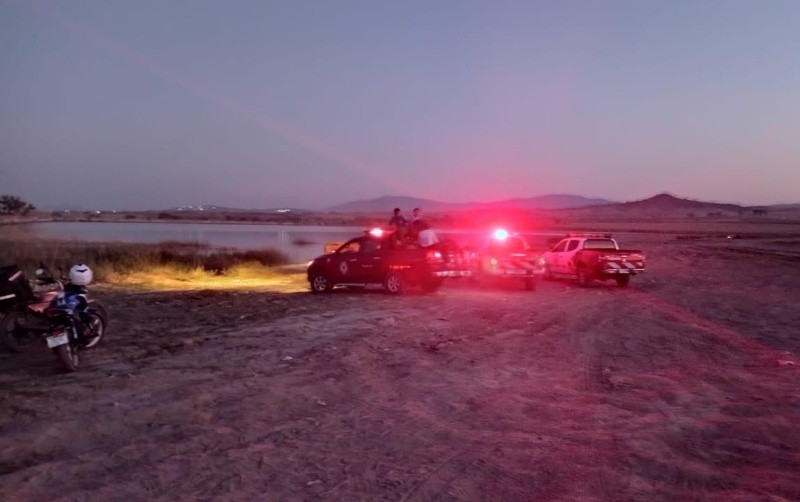 His cousin reported to authorities later that he no longer saw the victim come to the surface after diving into the water. Tlajomulco // Courtesy PC Tlajomulco

“Upon arrival, the units corroborate the report that was downloaded through the C4 of the municipality, a person was accompanying his cousin, one of them threw himself and could not get out, 911 was reported, when the companions arrived here a diver entered and a guide to find the body, the first thing was to locate the point according to the witness who accompanied him, a buoy was installed to start the search, at 3 minutes and 19 seconds the body was found, it is already on the surface ” , Felipe de Jesús López Sahagún, director of Civil Protection and Firefighters of Tlajomulco.

The now deceased 21-year-old was accompanied by his 17-year-old cousin, the eldest was the one who no longer surfaced.

The rescuers extracted the body, to deliver it to the staff of the Jalisco Institute of Forensic Sciences.

Tlajomulco firefighters give recommendations to avoid this type of accident:

Never enter bodies of water, after having eaten food, or while intoxicated. If you do not know the place where you will enter to swim, avoid doing it.