Russia and Ukraine: Israel’s dilemma in the face of the Russian invasion of its neighboring country

The Russian invasion of Ukraine has put Israel in a difficult geopolitical situation.to.

On the one hand, The government of Israeli Prime Minister Naftali Bennett has the task of keeping intact the historical relationship with its most important global ally: the United States..

On the other, more precisely on its northeastern border, in Syria, Israel has had to maintain a delicate balance with Russia for several yearsdue to the immense influence that Moscow exercises over the government of Syrian President Bashar Al-Asad and the development of the internal conflict in that country.

What’s more, you have to consider the close relations you have with Ukrainea country where, according to 2016 figures from the Jewish Policy Research Institute (JPR), some 200,000 people live who could apply for an Israeli nationality because of their Jewish ties.

And already inside Israel, there are a large number of people of both Russian and Ukrainian descent.

The sum of these factors means that the public statements made by Israeli officials regarding the invasion are being considered by some analysts as “timid” and that they are receiving criticism from all sides.

The ‘biggest recipient’ of US aid 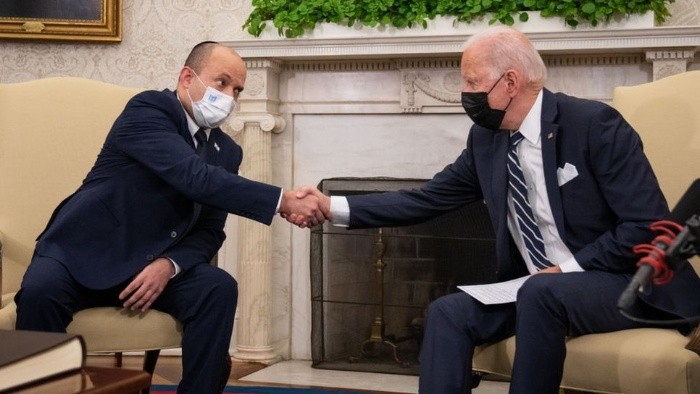 For Israel, one of the main priorities is to maintain its status as a “key ally” of the US in the Middle East, due to the volatile situation it has lived for decades with its neighbors in the region.

It has been in the wake of that constant state of “existential threat” in which Israel has lived since its creation in 1948 that Washington has implemented a wide variety of financial support schemes that continue to this day.

In fact, according to a report by the US Congressional Research Service, Israel is the “largest recipient of cumulative US foreign assistance since World War II,” having received to date “US$150 billion in bilateral assistance and funds for missile defense”.

In a 10-year memorandum of understanding signed by the two nations in 2016, the US pledged to provide Israel with $38 billion in military aid in the period between 2019 and 2028.

In 2022 alone, the Biden administration has asked Congress to provide $3.3 billion in foreign aid to Israel and $500 million for missile defense.

Since the internal conflict in Syria began in 2011, part of those funds that Israel receives from the US have been used to keep out the threats that may come through its northeastern border. 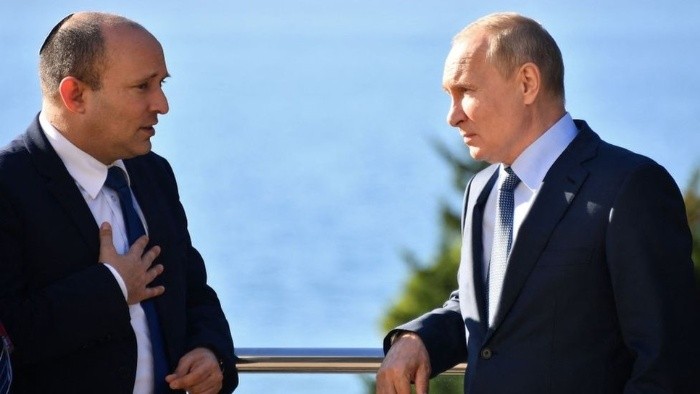 And it is in this area where Israel has had to coexist with the Russian military presence.

“Sometimes [en Israel] they don’t talk about Russia, but about the ‘northern neighbor’ and, of course, the north is not peaceful. Israel has operated heavily in Syria in recent years against Iran and Iranian-backed militias, including Hezbollah,” Natan Sachs, director of the Center for Middle East Policy at the Brookings Institution, tells BBC Mundo.

Despite not having direct cooperation, Russia allows Israel to carry out specific military operations inside Syria to counter the Hezbollah threat, and upsetting this balance in the wake of a conflict far from home could leave Israel in an “unprecedented” situation. , as Sachs explains.

“In terms of operations in Syria, [un rompimiento entre Rusia e Israel] could dramatically complicate Israel’s ability to carry out operations there, which would translate into greater difficulties in limiting the campaign of Iran and Hezbollah to establish themselves near Israel’s border with the Golan Heights, “says the expert.

“Yes [Hezbolá] succeeded, it would put Israel in a very different position than it was in the past. Israel is very small, of course, and this would mean that virtually any point on Israeli territory could become a target.”

The Jewish presence in Ukraine 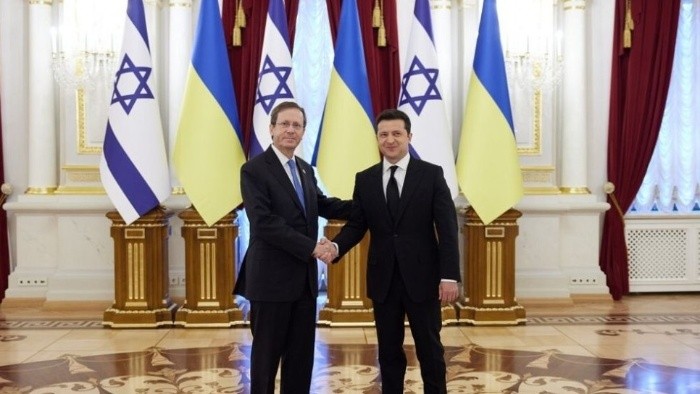 The balance exercise for Israel is complicated if one takes into account the family ties that unite thousands of Israelis with Ukraine and the rest of the countries that used to belong to the Soviet Union.

“Israel has cultural and human ties with most of the countries of the former Soviet Union, since many Israelis were born in Russia, and many were born in Ukraine as well,” says Sachs.

A clear example of the family ties that still exist between Ukraine and Israel have been the massive protests that have taken place in the streets of Tel Aviv, demanding a more forceful response from the Bennett government to the current crisis.

“One of the objectives on which we have put our attention and efforts is to change the position of the Israeli government so that it stops being neutral and starts talking,” Anna Zharova, founding member of the organization “Israeli Friends of Ukraine”. 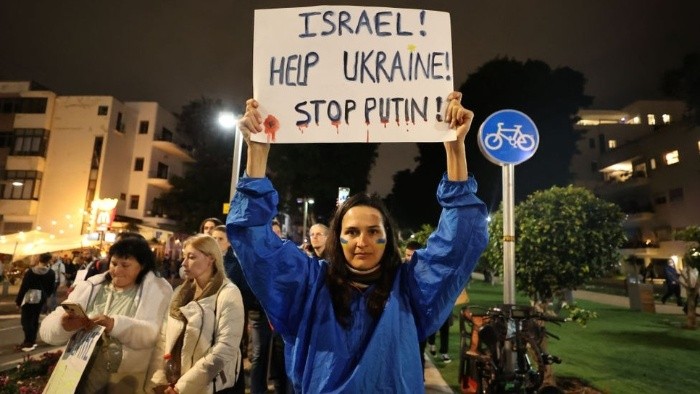 “I am Israeli and my children were born here, and I may not understand the consequences that a direct conflict with Russia would have (…) but still, I cannot continue to see what I see and that is why we started the protests and demonstrations in the whole country,” says Zharova.

Another factor to consider is the hundreds of thousands of Israeli voters of Russian origin.

According to The New York Times, approximately 1.2 million Russian speakers – 12% of the electorate – have come to Israel from the former Soviet Union in the last three decades, a third of them from Russia and almost the same amount from Ukraine, according to government data.

For the moment, Israel has tended to prioritize its alliances with the West and has criticized the Russian invasion of Ukraine, although it has not done so as frontally as other nations.

At the special session of the United Nations General Assembly on Wednesday, Israel voted in favor of a non-binding resolution condemning Russia for the invasion. Days before, he abstained in the vote that took place in the UN Security Council.

It remains to be seen how Israel maintains this difficult balance between the West and Russia if the conflict in Ukraine intensifies in the coming days and weeks.