“I did not miss the chance of my life”, philosopher Tania of “Top Chef” 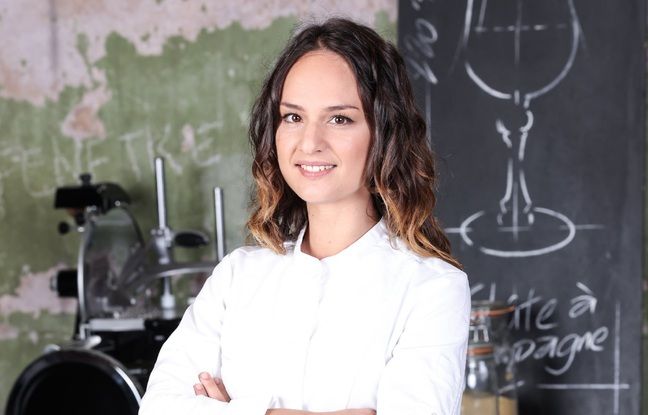 The cabbage didn’t bring Tania luck. In the third episode of Top Chef, the Italian candidate was eliminated, blindly following the last chance test, by the four members of the jury. The blow is hard for Glenn Viel because, after the departure of Renaud last week, he again loses one of the faces of his brigade. “When I was eliminated, the stress went down,” testifies the young chef to 20 Minutes when retracing the thread of her journey.

In the first test, we feel Ángel León conquered but you are not one of the selected. Why you think ?

I understand because the second serve lacked a little something extra. Where there was the carpaccio, we should have added a condiment that I had made, but it was too strong so we preferred not to put it, it smelled too much of kaffir lime. I am convinced that this condiment could have brought a little more.

At the end of the episode, Glenn Viel makes the choice to send you as a last chance…

Yes. At the same time, Lucie had won her race and Arnaud had only made last chances so he was somewhat obliged to send me as a last chance. He couldn’t send Arnaud for the third time, poor thing! I was completely understanding of his choice, I didn’t tell myself that I didn’t deserve it.

Do you already feel that it will be difficult to stay in the race after the tasting?

In the end, they weren’t won over by the plate. A little by the sauce anyway because they stayed two minutes watching it so it’s nice. But in Top Chef, the dish where there are the most errors is the one that will come out. I’m a down to earth person so I didn’t think I was going to pass when there had been some criticism. It’s a competition: the goal of the game is to eliminate the candidates.

Glenn Viel says you misrepresented your elegance on your plate. Do you understand it?

He’s a three-star chef, I’m not going to contradict what he says (laughs)! We are human beings, we can be more or less efficient. I was certainly less efficient that day but failure is part of the game. I think the others were better than me. It was my first experience in a cooking contest, it was the first time I did a TV program. In Top Chef, it’s not necessarily the best who wins but the person who manages to adapt the fastest.

You keep smiling by giving your cuffs to Elis. What do you say to yourself at that time?

“Good road, I give you my stress!” “Top Chef is one of the events that stressed me the most. By the time I was eliminated, the stress went down. I’m not saying it felt good, but still. I didn’t miss the chance of my life, I already had projects before saying “yes” to Top Chef. I’ve been cooking for thirteen years. When Top Chef came across me, I was already planning to go home to open my restaurant next to my parents. On the other hand, it was an extremely enriching experience.

You arrived in France at the age of 21 without family and without friends. Tell us about your journey.

At the beginning, I wanted to follow the profession of my mother who is in art school but I understood that it was not going to do it. With my aunt, I made Christmas and Easter dinners so she passed on to me the love of cooking. Afterwards, I worked in small restaurants in Sardinia. Then I said to myself that I was going to go abroad to discover a new culture. I sent lots of CVs and landed in France. The next day, I had an interview for an Italian restaurant but that didn’t interest me, I wanted to immerse myself in French culture. I started in a luxury bistro, I spent two years at the Ritz… For three years, I’ve been working in the restaurant of Laury Thilleman and Juan Arbelaez.

How did you discover the existence of Top Chef?

I knew about the show because some of my roommates watched it from time to time. But it was a Caster from Top Chef who contacted me on Instagram and asked me to apply. I sent the screenshot to Juan and asked him what I should do! He told me to go for it and make the most of it. I didn’t ask him too much for advice because he was really busy at the time, I didn’t want to disturb him (laughs).

What are your projects ?

For the moment, my desire is to stay in France for about a year and then to return home. The regret I don’t want to have in my life is that I didn’t take advantage of my parents when I had the time. I have been abroad for almost ten years now…