In Poland, the outpouring of solidarity with Ukrainians 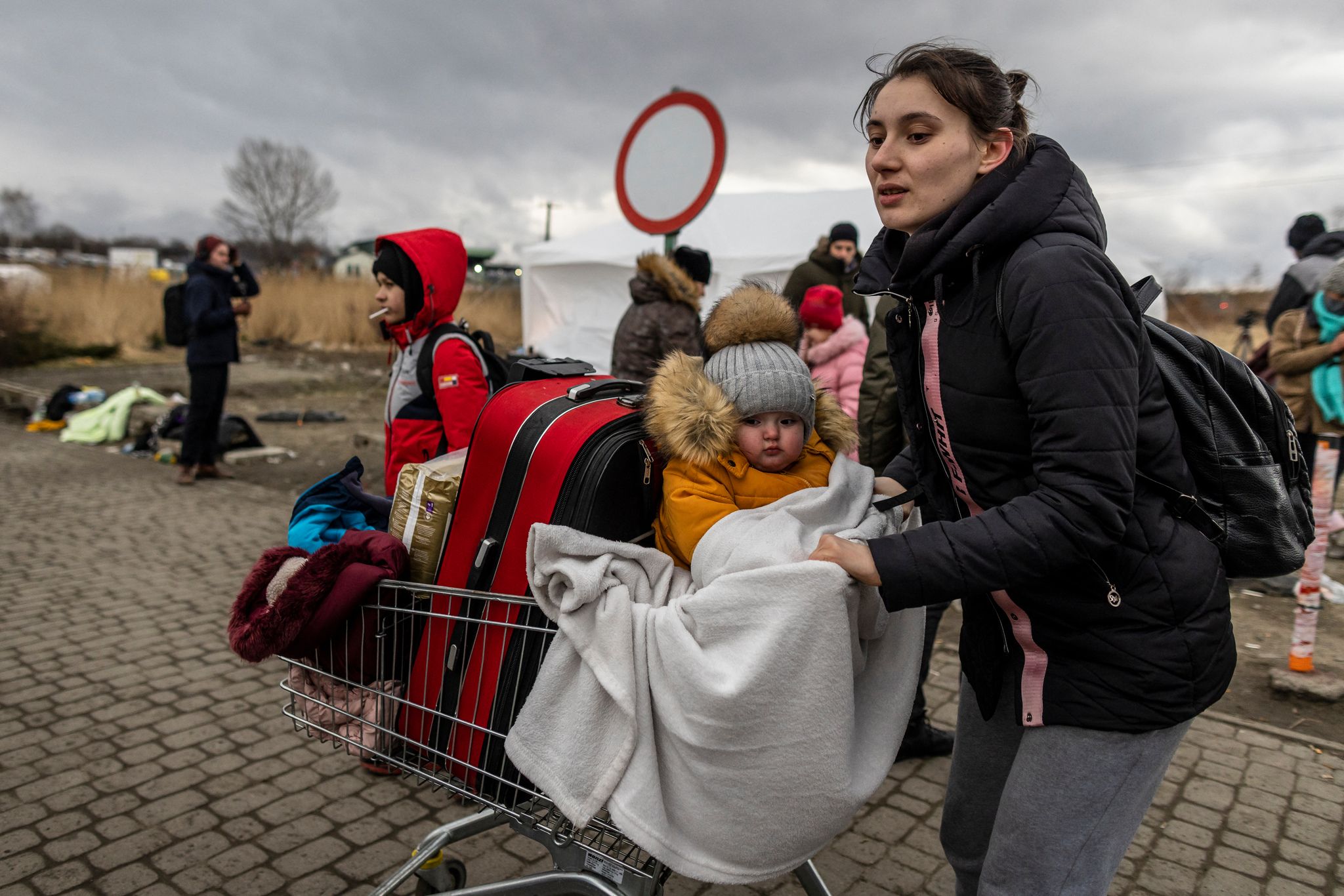 The queue at the border between the Polish city of Medyka (south of the country) and Chehyni, on the Ukrainian side, is already about thirty kilometers long. Sometimes you have to wait two days before crossing. Due to lack of vehicles and fuel, some refugees have to walk to reach Poland. Once across the border, thousands of Poles wait with their cars, ready to take their eastern neighbors to safety.

→ FOLLOW OUR LIVE. War in Ukraine: towards a second round of negotiations, 500,000 refugees for five days

In Przemyśl, a town near Medyka, the regional aid and transit center is organized at the station with beds for rest, hot tea, medical and administrative support and transport. Ukrainians do not need visas or identity documents to enter Poland and they can take the trains for free.

In Poland, groups have organized themselves on the Internet (1). “Help for Ukraine” gathered more than 300,000 members on Facebook in a few days. There are thousands of advertisements: “In Zielonki/Krakow I can accommodate a woman with her baby in a room. I have a sofa, clothes, toys. I can take five people from Medyka border to Warsaw. I have child seats. “Or:” I am a midwife and I have a car, I can help pregnant women. »

Agata Białas, from Warsaw, found on this group the ad for accommodation posted by Lily, mother of a 5-month-old girl from Lviv in Ukraine. Agata made a quick decision. “My brother-in-law went to the border to pick her up with her baby. A colleague offered him an apartment; she’s already moved in,” says Agata, who will take a few days off to help Lily with the paperwork.

“I’ll be back in five days”

Most refugees are women with children. The men stayed to fight. Sveta Pavlovytch left her village of Mstyszyn (western Ukraine) with Sacha, her 7-year-old son. “I cried all the time, I wanted to get out of the car and come back. My husband is in home defense. My parents didn’t want to leave,” says Sveta. She lives with a Polish woman, who offered her a place in her apartment.

Olga Sapryka left Ivano-Frankivsk (western Ukraine) with her two daughters (8 and 4) and her 34-year-old cousin. They fled after the latter, nine months pregnant, saw the bombardments through the window of the hospital where she had been for a few days. They now live in Krakow, with Olga’s sister. “The Poles helped us a lot,” says Olga, whose transport and reception were organized by NGOs in Krakow.

Crying in the night

The city has opened accommodation centers managed by the regional administration (Voivodship). At Hotel Felix, more than a hundred refugees with children (from 2 weeks to 18 years old) have already found shelter. “Sometimes the women ask us how long they can stay,” says Małgorzata Nowicka, at reception. “There are still at least a hundred places available. We have been preparing to welcome them for months. They receive three meals a day. Pediatricians, midwives, dentists can assist them if necessary, she says. Thanks to the collections, we were able to give them food products, nappies and medicines. »

Refugees can also benefit from free public medical care. “The NFZ (National Health Insurance Fund) will pay for them. And we have enough staff and space,” says Anna Górska, spokeswoman for Żeromski Hospital in Krakow.

In this city where more than 100,000 Ukrainians live, there is no shortage of such symbolic support. Last Sunday, a few thousand of them marched in the streets against the Russian invasion with Poles, Belarusians and even some Russians at their side.

United States announced on Sunday February 27 that they would provide $54 million in humanitarian aid to Kyiv.

France sent 33 tonnes of humanitarian aid to Poland. More than 30 tons of material must leave for Moldova.

Italy paid 110 million euros in aid to the Ukrainian government.