Viral: Meet Corchito, a furry friend who accompanies clients in an Argentine bar

Dogs are considered one of the most loyal pets and, although many unfortunately suffer from abandonment, others have found a second chance. Such is the case of Corchito, whose story went viral on social networks because it has become the favorite company of customers at a bar in Argentina.

Corchito is an apparently mestizo breed dog, but with great sensitivity and charisma. He is around eight years old and has long been a pet at Bar Dickens, located in Chivilcoy, Argentina. 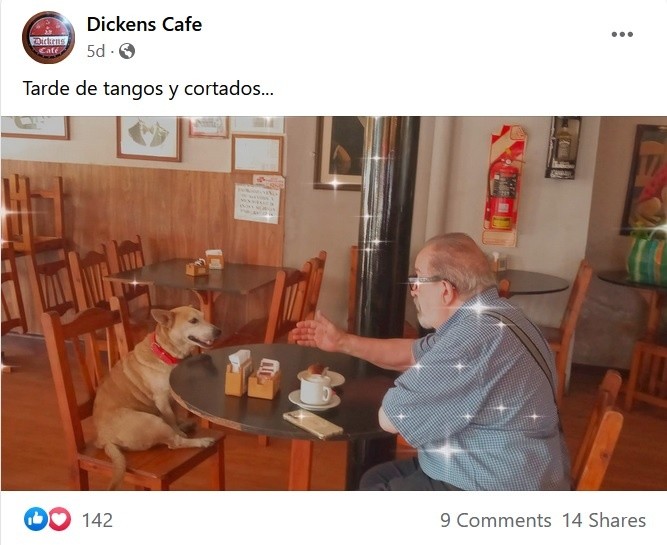 According to the owners of the place, this animal came with them because its original home was a few blocks from where the bar is. Unfortunately his family moved house and left him abandoned to his fate wandering the streets. Later, a neighbor adopted him and lived with her and other dogs that belonged to the lady, but Corchito never managed to adapt to the environment, nor was he able to live properly with his canine companions, so he returned to the streets.

In the end Corchito changed his destiny and was adopted by the Dickens bara place where customers go to eat, have a drink or have a coffee. 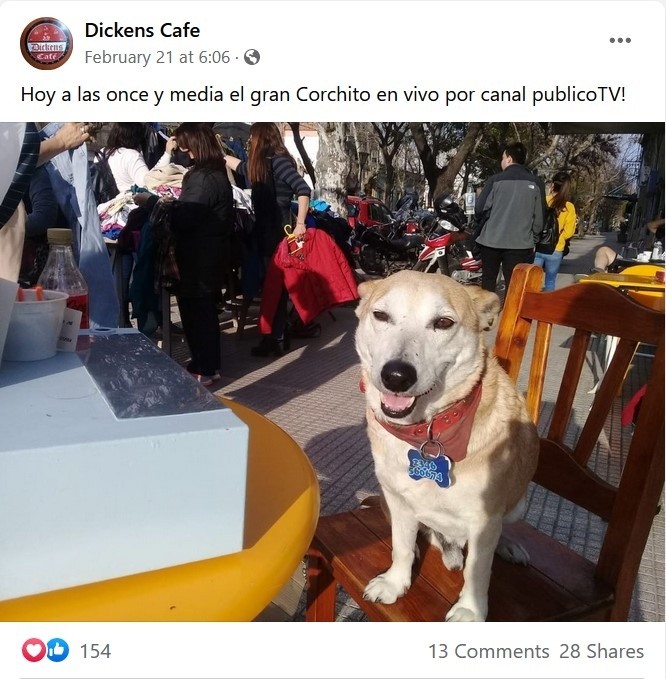 Diners commented to local media that at first the dog was outside the premises and the owners fed it. Little by little he became known on the site and approached visitors who were alone or families to keep them company.

Today the presence of Corchito has become the hallmark of the bareven customers no longer only come to eat something in the place, but to enjoy the company of the dog, who, with his charisma and kindness, makes anyone who approaches have a good time, although, it is said, He prefers those who are alone. 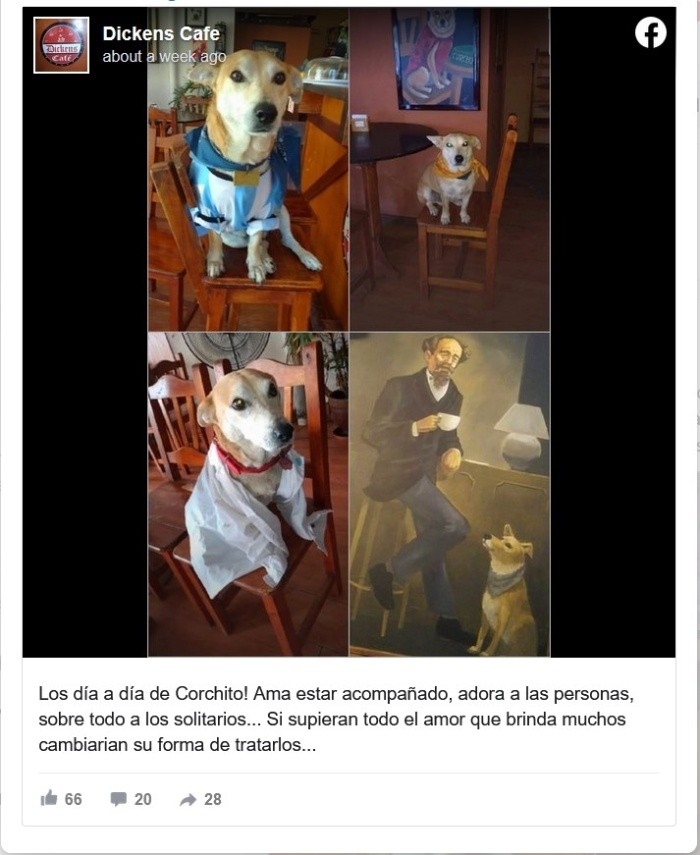 It has been so successful that the bar already has a sculpture of Corchito on its front, along with another of the writer Charles Dickens; In addition, on their social networks they do not hesitate to share images of the dog.