The madness of grandeur of dentist Lionel Guedj accused of mutilation 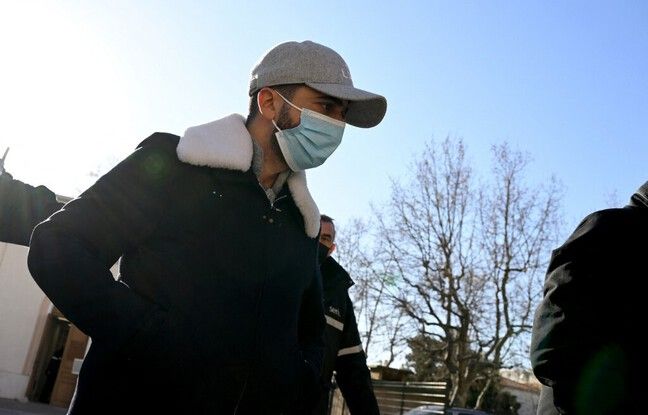 “Assholes! Motherfuckers! Killers! When Lionel Guedj enters the courtroom for the first time on Monday, it is under the insults of the hundred civil parties present. The extraordinary trial of the dentist, and his father, also a dentist, opened in a climate of high tension before the sixth chamber of the Marseille criminal court. The two former doctors from the northern districts are accused of having enriched themselves on the back of the “Secu” with unjustified and botched operations on 322 patients, mutilated for life for some, between 2006 and 2012.

An enrichment which Lionel Guedj fully enjoyed, according to the examination of his heritage. From the opening of his practice, at barely 25 years old, the dentist moves into a real businessman at the head of seven different companies. In a few years, Lionel Guej and his wife acquired several properties, including a building with 59 apartments in Perpignan, estimated at 2.5 million euros. He also invests in a restaurant. The former dentist finally buys a 15-meter boat, then, on lease, a 45-horsepower Aston Martin, and still on lease, a Porsche Cayenne, declared as a company vehicle for his wife, employed in his dental practice… but mostly working from home.

“I don’t have the impression of hearing a dentist at all, retorts the public prosecutor in the face of Lionel Guedj, summoned to detail his heritage at the bar. I have the feeling of having a man who brews enough money. “I recognize a certain frenzy, concedes Lionel Guedj. It was a way for me to exist. I got caught in a gear. The forty-year-old also claims to have wanted to “protect his family” and “take some revenge on life”. In tears, the dentist explains that he was diagnosed with a serious illness, Hodgkin’s disease, at the very moment when he opened his practice. “The doctor told my wife, who was pregnant at the time, that the kid was going to be an orphan,” he gasps.

Lionel Guedj’s lawyer tries, for his part, another explanation. “Did you not want to show your wife that you were capable of giving the comfort, the well-being and the fortune that she has the right to expect, she who comes from a less modest family? than yours? “I wanted to prove that…” The former dentist burst into tears again. “My stepfather was in real estate, a property dealer, continues Lionel Guedj. In the end, he had worked for a big temporary agency. He had a very big situation. »

A few minutes earlier, Lionel Guedj had swapped tears for aggressive annoyance, not hesitating to cut off the president or the public prosecutor. “I don’t see how having money is a crime in France! “, is indignant the former millionaire dentist. “Having money poses no difficulty,” retorts the president of the court, Céline Ballérini. The problem arises when people come to ask you for money, and you wonder why there is nothing left. »

Lionel Guedj’s heritage of yesteryear has indeed evaporated, to the point that some, on the benches of the civil party, accuse the dentist of having orchestrated his insolvency, without the justice giving them reason for the time being. “I have no income today, recalls Lionel Guedj. My days go like this. I’m going to pick up my kids. I go to tobacco [où travaille sa femme, NDLR]. I help. I pick up the kids. On February 8, 2021, Lionel Guedj was also sentenced in a case of international cigar trafficking to a six-month suspended prison sentence and a fine of 10,000 euros.