On the 5th day, war on all fronts 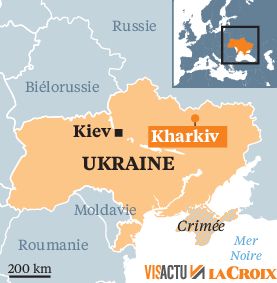 On the 5th day of the conflict, we talk and we bomb at the same time. At the Ukrainian-Belarusian border, in a residence of President Alexander Lukashenko, Ukrainians and Russians sat face to face. Nothing they said to each other gives hope that the guns will fall silent. Kiev demands an immediate ceasefire and the withdrawal of (Russian) troops from Ukrainian territory. Its president, Volodymyr Zelensky, even called on Russian soldiers to “lay down their arms”. Moscow remains deaf.

Good intentions are heard. In his role, the Vatican’s number two, Cardinal Pietro Parolin, offered his services. The Vatican is “ready to help” with the negotiations, he said.

In the field, the sound of cannons drowns out all other noise. Eyes turned towards Kiev and Kharkiv in the northeast, we forget that the war is also being played out in the southwest, on the shores of the Black Sea, around the ports of Odessa, Ochakiv and Chornomorsk. Next target, the city of Mariupol, on the Sea of ​​Azov, the capture of which would allow Putin’s army to ensure territorial continuity as far as Crimea.

In five days, the fighting has undoubtedly already caused hundreds of military and civilian casualties. No certainty about the figures, unverifiable. As for the fleeing civilians, they would be nearly half a million to have crossed the borders of Poland and Romania.

The only certainty is that the European and American financial sanctions are beginning to produce their effects. The ruble unscrewed on the Russian markets. Economic warfare can be as destructive as military warfare.