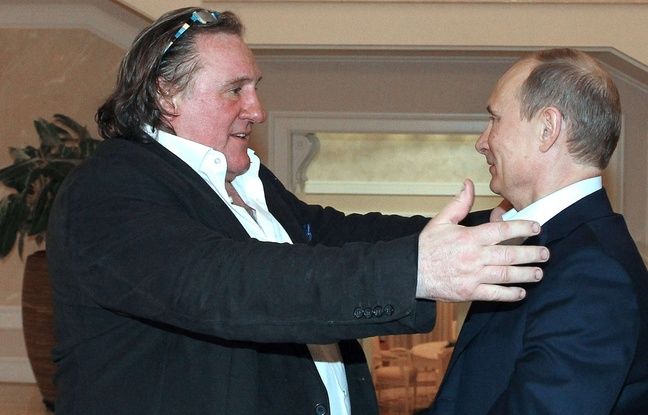 Gérard Depardieu in the crosshairs of Macha Méril! Guest of the morning of RMC this Sunday to discuss the Russian-Ukrainian crisis, the 81-year-old actress, born into an aristocratic Russian family, attacked Gérard Depardieu, for whom President Vladimir Putin signed a decree “satisfying the request for Russian citizenship” in 2013.

To the question of the journalist, evoking the case of Gérard Depardieu: “What should be the position of certain artists who have links with Russia? “, Michel Legrand’s widow retorted: “Listen, let him get away with it! So him, I don’t know what situation he is in, but I hope he will realize. And anyway, he’s in France you know, it’s in France that he works. He can say that he has sympathy for Russia, but it’s still here that he eats cheese and red wine, isn’t it? So he doesn’t bother us! »

“I am now a Russian and Dubai citizen”

For his part, Gérard Depardieu, currently in France for the promotion of the film Maigret, directed by Patrice Leconte, announced that he had acquired a third nationality in an interview published in the columns of The Obs this Friday: “Even if I still have French nationality and a French passport, I am now a Russian and Dubai citizen. But my life takes place most often in the Mediterranean. »

And to add: “I have two boats for big game fishing, one in Dubai, the other, which was used for tuna fishing and in which I had an apartment fitted out, in Istanbul. I crisscross, I drift, it suits me very well… France, I will always be there to film, but less and less to live there. I am also going to put my Parisian hotel and my vines up for sale. »

Since the invasion of Ukraine by the Russians, the actor has however deleted the snapshot in the company of Vladimir Putin on his social networks, without giving further explanations.

AJP: This is all we know about the millionaire real estate fraud Professional Legal Advisors