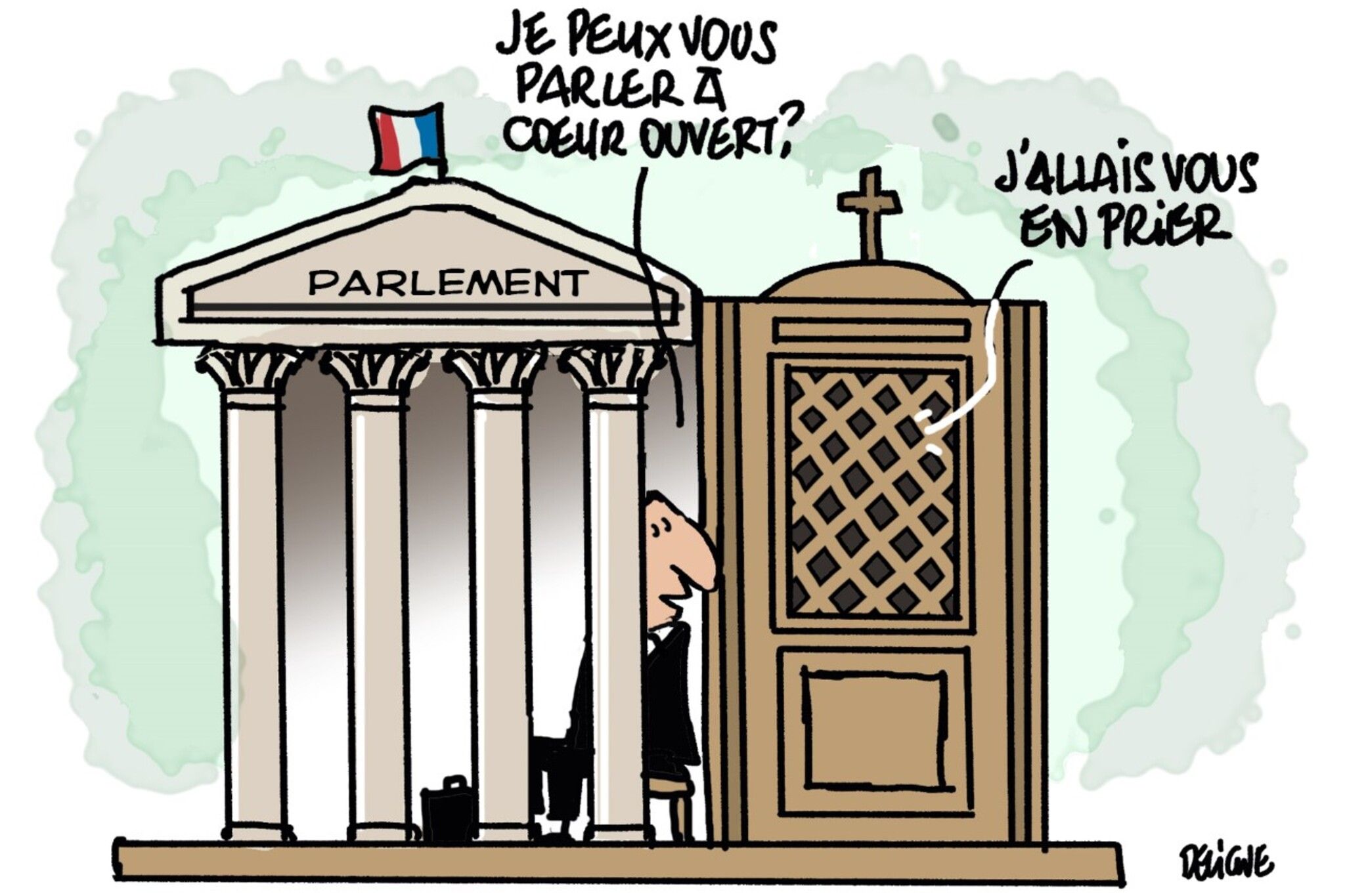 “Senator, I first wanted to hear from you: how is the politician and the man of faith that you are? Under the gilding of the Victor-Hugo room, in the heart of the Luxembourg Palace in the 6th arrondissement of Paris, Pastor Thierry Le Gall, director of the Pastoral Service of the National Council of Evangelicals of France (Cnef) with parliamentarians since 2016, s talks this February morning with the senator of the Loire Bernard Fournier (LR).

Between this assumed Catholic, president of the publicly elected Christian group, and the Breton evangelical chaplain, the tone is frank and courteous. The two men have already had the opportunity to meet on several occasions to discuss various current topics. On the agenda of this new informal conversation, a theme causing concern: the future of secularism in France.

“After the vote on the law on separatism, we have the feeling, on the Protestant side, of no longer being able to speak of the 1905 law as it has been recut, but of having now entered into a “secular surveillance”, begins Pastor. This semantic shift worries us. You who were at the heart of the debates, what is your opinion on the subject? »

Bernard Fournier sips lemon juice before answering. “It was done insidiously, underhandedly. Those who carried this text wanted above all to channel Islam, but this affects all religions. Many Christians are unaware of the serious issues that this can lead to,” he regrets. Role of Christians in politics, expression of faith in the public space… Punctuated with biblical references, the dialogue feeds freely on more personal asides.

A stone’s throw from the National Assembly, in the premises of the parish of Sainte-Clotilde, this type of meeting is also the daily life of Father Marc Lambret. Head of the Pastoral Service for Political Studies (Spep) since 2018 – founded in 1992 by Cardinal Lustiger, then Archbishop of Paris, to offer a presence of the Church to political leaders – he receives parliamentarians there one-on-one. head, but also during conferences and debates related to current affairs. He is the other chaplain of parliamentarians, Jews and Muslims do not offer such a service.

→ REREAD. Father Marc Lambret, a “professional priest” among the deputies

“They know they have someone here to talk to. These moments can feed their reflections, but also constitute for them a breath, in their difficult and pressing action”, he assures. “It can be good to confide, to open up a little, during these enriching exchanges”, agrees Senator Bernard Fournier, who, a week earlier, took part in a meeting at Spep. From various political labels, those who, from the “temples of republican secularism” join this place of listening are sometimes quite far from the Church.

“I invite parliamentarians from all sides, but the extremes have never come yet,” says Father Lambret. This chaplaincy makes it possible to create a space for transpartisan dialogue, in a climate of mutual listening. He recalls, for example, the memory of a meeting organized around Pope Francis’ encyclical Fratelli tutti, during which “very different sensibilities were able to express themselves freely”.

While Father Lambret and Thierry Le Gall point out that most of their meetings take place in a peaceful atmosphere, some have proven to be more difficult. “It happens that some do not discover themselves in their role as parliamentarians, as heads of the executive, which is then not very pleasant. As a priest, I am here for a dialogue in truth”, concedes the Catholic chaplain. The Protestant pastor, for his part, reports “certain muscular exchanges”, linked to “opposing worldviews”, on subjects such as bioethics.

But when the laws are passed despite frank reservations expressed by the voice of these church leaders, this is not the time for despair. “Contrary to what some would like to believe, I am not intended to be a lobbyist. My ministry, moreover, would not seem to me incompatible with the creation of a dedicated structure, responsible for advocacy, specifies the pastor. Me, I don’t have a goal of results: I have the feeling of accomplishment after having expressed my concerns. The elect then decide in their soul and conscience. »

A future, a hope. Chronicles of an Evangelical Protestant Parliamentary Chaplaincy, by Thierry Le Gall, Ed. du Cerf, 224 p., February 2022, €20.
In this audacious and personal story, the author paints a portrait of politicians and their often complex relationship with religion, while providing a better understanding of evangelical Protestantism.

Chaplain to parliamentarians. Politics and spiritual life, by Laurent Stalla-Bourdillon, Médiaspaul, €20. Bioethics, ecology, secularism… Published in 2018, this book by the predecessor of Father Marc Lambret at the Pastoral Service of Political Studies (SPEP) brings together numerous texts on current topics, opening the debate between the Catholic Church and society. civil.