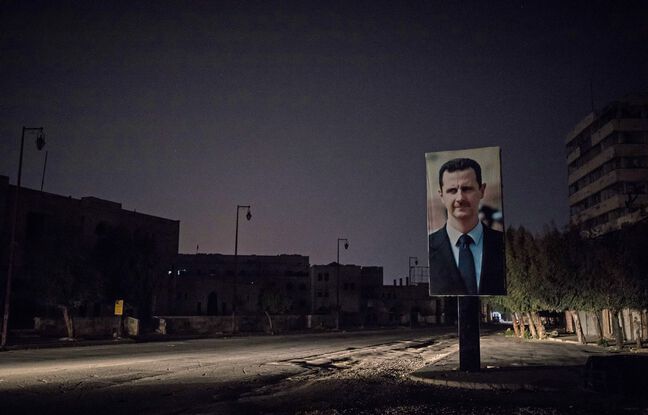 Syrian President Bashar al-Assad on Friday hailed Russia’s invasion of Ukraine in a telephone interview with his Russian counterpart, Vladimir Putin, calling it a “correction of the ‘Story “.

“President Assad stressed that what is happening today is a correction of history and a restoration of the balance of the international order after the fall of the Soviet Union,” the Syrian presidency said in a statement. . “Syria stands alongside Russia, being convinced of the validity of its position,” said the Syrian president.

Damascus, a staunch ally of Russia

“Dealing with NATO enlargement is a right for Russia,” added Bashar al-Assad, calling the organization a “global threat” and a “tool to implement the irresponsible policies of Western countries. aimed at destabilizing the world.

Damascus is a staunch ally of Russia, which has been intervening militarily in Syria since 2015 in support of Bashar al-Assad’s forces and against the jihadists. This intervention is widely considered to be the turning point that allowed the regime of Bashar al-Assad to stay in power. More than 63,000 Russian soldiers have been deployed in Syria, according to Moscow.

“Western nations are responsible for the chaos and the bloodshed,” Bashar al-Assad stressed again during the telephone conversation on Friday. The complex war in Syria, a fragmented country where different protagonists intervene, has killed around 500,000 people since its outbreak in March 2011 by the repression of pro-democracy demonstrations.