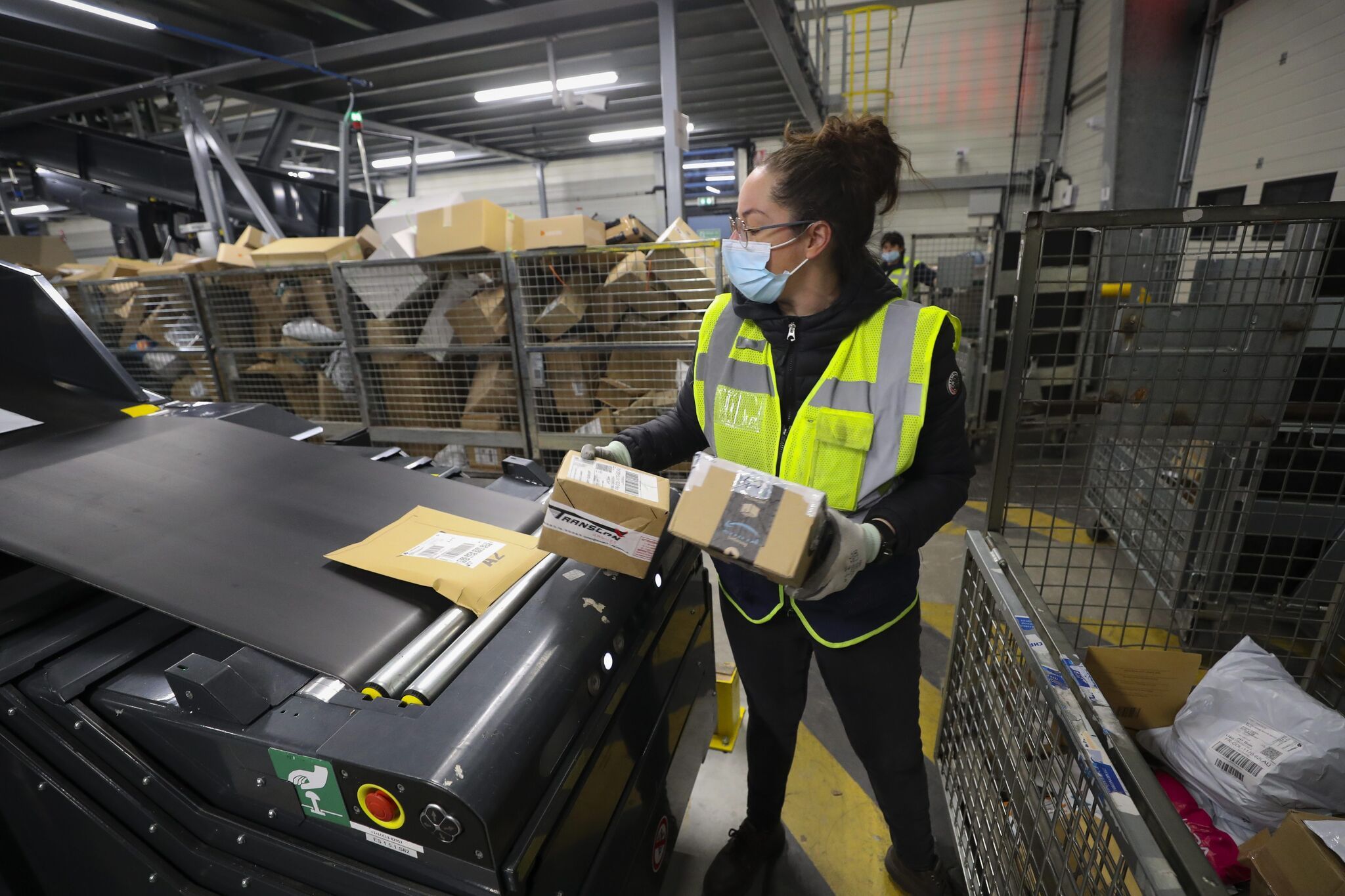 Fewer and fewer letters to deliver in France, but more and more goods to deliver around the world. La Poste is continuing its transformation at full speed to cope with the decline of its traditional business, which has been completely disrupted by digital technology.

The company is doing quite well. It recorded a turnover of 34.6 billion euros last year, up 11%, with a profit of 1.2 billion euros, against a loss of 318 million in 2020, according to the accounts published Thursday 24 February. “We are clearly recording results in recovery, even if we know that it will take time”, explains Philippe Wahl, the president of La Poste.

E-commerce, an important driver of growth

He can count on at least two strengths. First, the Postal Bank, which changed in size in 2020 with the takeover of the very lucrative CNP Assurances and which remains the main contributor to the results. The distribution of parcels, then, which is taking on an increasingly important dimension within the group. For the first time in 2021, it represented half of La Poste’s activity. It posted an increase of 10.7%, after an already record year in 2020, thanks to the boom in e-commerce, itself driven by the health crisis. A total of 2.8 billion packets were distributed in 2021.

International now accounts for 40% of La Poste’s turnover and this share will continue to grow. To have global coverage, La Poste is increasing its equity investments, such as in Aramex, a courier company based in Dubai, Ninjavan, a logistics company in Singapore or even Speedy AD in Bulgaria. It also acquired City Sprint, the British same-day delivery specialist.

“We are trying to have a premium positioning with a specialization in the last mile,” says Yves Delmas, head of the international parcel branch. But in this niche, the market is starting to get crowded and La Poste is now having to deal with the arrival of new players with very significant financial means, such as the shipowners Maersk and CMA-CGM, or Amazon.

It remains to find ways to compensate for the decline in mail, which now represents only 18% of turnover, and to give work to postmen. The company processed 7.3 billion letters last year, compared to 18 billion in 2008.

“We still have six to seven years of falling mail volumes ahead of us,” says Philippe Wahl, CEO of La Poste. According to him, the market should then stabilize around 3 billion letters per year, a sort of minimum threshold.

The company will now benefit from an annual allocation (520 million euros last year) under the universal postal service. But that will not be enough. For several years, La Poste has been trying to develop other activities, such as reviewing the highway code, delivering groceries, meals or medicines. She also has many projects in home health.

Disappointment for “Watch over my parents”

In total, the turnover of its “new human proximity services” increased by 26% in 2021, to 642 million euros. “We are aiming for one billion euros”, assures Philippe Wahl, very proactive on this subject. The same objective is displayed for Docaposte, the digital safe.

In September, the Court of Auditors published a fairly critical report. While acknowledging the magnitude of this task of diversification for postal workers, she felt that the results were below expectations. This is the case, for example, for “Watch over my parents”, launched in 2017, which aims to keep seniors at home. The service has only 15,000 subscribers, ten times less than expected.