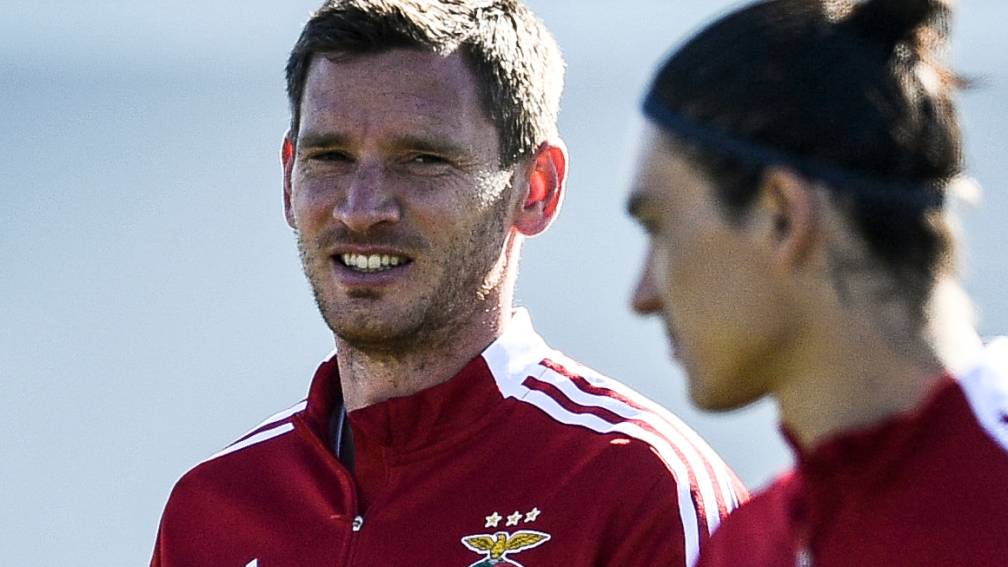 Benfica defender Jan Vertonghen praised his old club Ajax at the press conference on Tuesday afternoon. His trainer Nélson Veríssimo, who is under considerable pressure, remained optimistic: he gives his team a fifty percent chance to get through the double meeting with the team from Amsterdam.

Verissimo had to get things back on track at Benfica after he was appointed in December to replace sacked trainer Jorge Jesus. That is not exactly going smoothly: after a weak series, there is considerable criticism.

Ajax, on the other hand, is in excellent shape after the winter break and therefore does not seem a pleasant opponent for the Portuguese. Nevertheless, Veríssimo keeps his spirits up.

“We have analyzed Ajax very well and like every team they also have lesser points,” said the coach. “The matches against Ajax are a big test for us. In my opinion, we have a fifty percent chance of surviving the eighth finals.”

Yet the excellent form of the Amsterdam opponent has not gone unnoticed by Verrísimo. “Ajax is one of the best teams in Europe for me,” he said. “They have won all group matches in the Champions League, score a lot and hardly concede goals. But we also have qualities, we must not forget that. I am not saying this to brag.”

Vertonghen also called Ajax one of the best clubs in Europe. He sees that the changed player policy in Amsterdam has borne fruit. “Ajax still leans on youth, but they have found a much better balance between talents and acquisitions in recent years.”

Vertonghen has a special bond with Ajax. Not only was he under contract there for six years, his wife is from Amsterdam and he still has a house in the capital.