The Parisian Nuit blanche switches to June from 2023 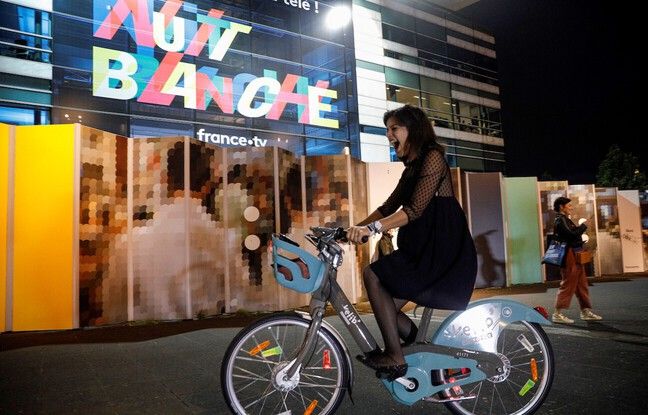 Celebrated on October 1, 2022, the twenty-year anniversary edition, which will pay “a strong tribute to the artistic directions that have succeeded each other” for two decades, will therefore be the last in the fall, indicates the town hall in a press release.

In the wind and in the rain

Because at the end of a citizen consultation launched by the PS mayor Anne Hidalgo during the last edition, Parisians and inhabitants of the metropolis of Greater Paris, to which Nuit blanche has been extended, “have massively expressed their wish that Nuit white will be held in the future in June, ”says the town hall. The 20th edition, in October 2021, took place in the wind and in the rain, forcing the organizers to cancel or move certain artistic performances.

Anne Hidalgo then proposed to keep the first Saturday in October, instituted since the launch of the event by her predecessor at the Hôtel de Ville Bertrand Delanoë, or to shift the event to December or June.

Since its launch in 2002, the Parisian Nuit Blanche, which offers free, all night, more than 150 contemporary performances in buildings of the City or outdoors, has inspired many capitals and major cities around the world.

For the 2022 edition, which will combine art and sport as in 2021 with a view to the 2024 Olympic Games, the town hall has entrusted the artistic direction to Kitty Hartl, who participated with Jean Blaise in the launch of the Lieu Unique in Nantes.

A specialist in interdisciplinary festivals, this curator and programmer of Austrian origin founded the Cabaret New Burlesque in 2004, a strip group made famous by the film Tournée by Mathieu Amalric, which won an award at Cannes in 2010.