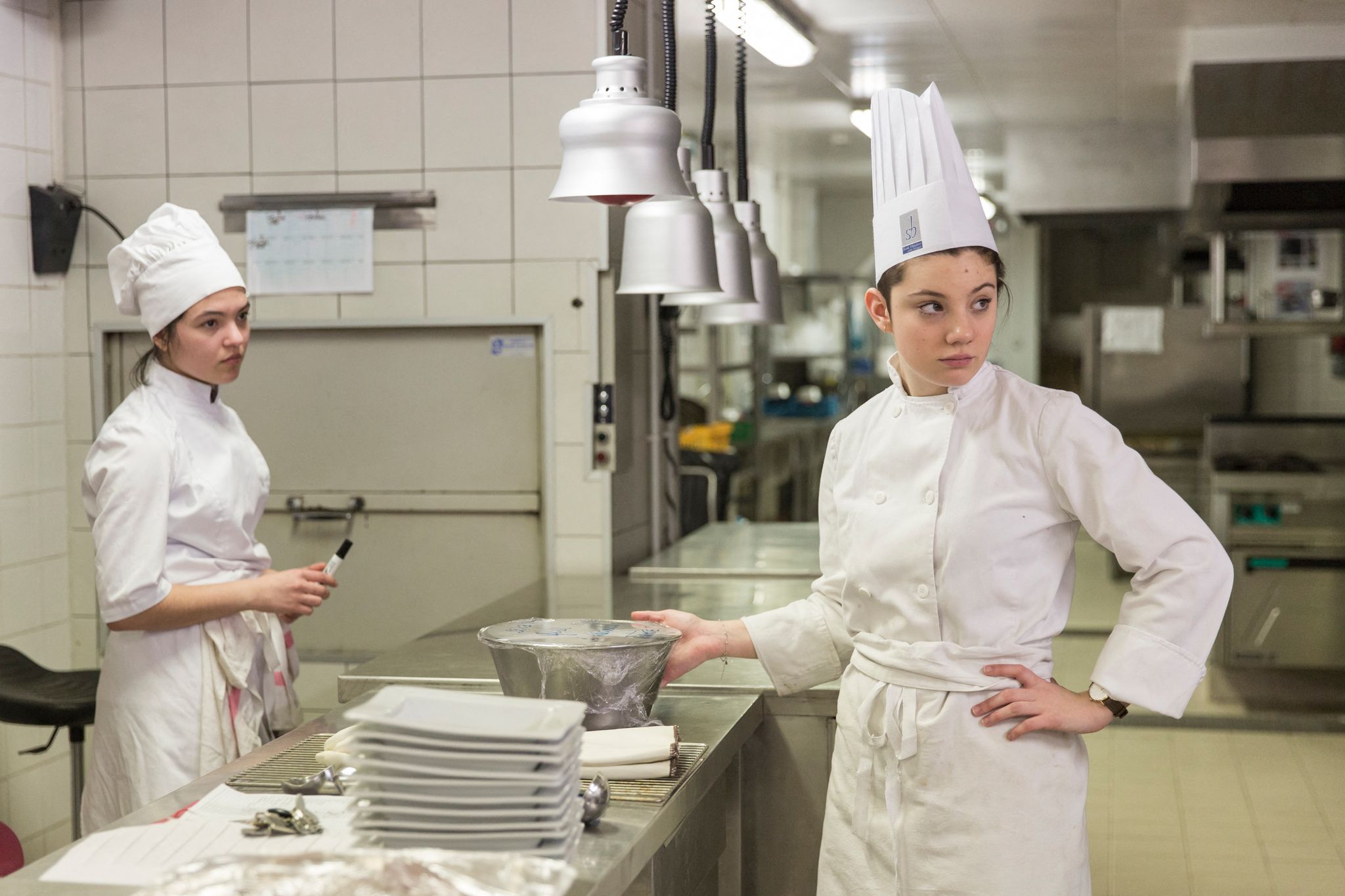 Aged 27, Marion Goettlé has been at the head of Café Mirabelle, in the 11th arrondissement of Paris for five years. Having her own establishment was a dream for this chef who entered a professional school when she was 14 years old. “This job is beautiful and fascinating, she says, and I want all the more that young people can flourish in it. »

That said, this young woman explains that she discovered a world where the presence of a woman was sometimes poorly accepted. “I have worked alongside many benevolent cooks, testifies Marion Goettlé. But I have also known restaurants where, in a universe where some can exercise their authority in an abusive manner, women suffered more bullying or humiliation, sexist remarks or inappropriate gestures. »

→ ANALYSIS. The restoration seeks the solution to the labor shortage

While the social partners in the catering and hotel industry negotiate salaries and working conditions, more and more women are revealing unacceptable practices. On the Instagram social network, the account @Jedisnonchef reports remarks of a violent crudity: salacious remarks, insults on the physical or even hands of bosses or colleagues who go astray…

“The teams live under constant pressure, we work at staggered hours, and some men seem to compensate for this frustration by attacking their female colleagues”, points out Marion Goettlé. Two years ago, she and several other heads created the Bondir association. e to advocate respect and kindness. They work in hotel schools to educate students, both girls and boys, and prepare them in case of problems.

→ REPORT. Restoration, when employees come back to life thanks to continuous service

This is the case of Laurène Barjhoux who, a former designer, converted to catering at the age of 30. Five years later, this cook admits: “If I had started very young, I would not have had the shoulders strong enough to face this atmosphere: we have closed our eyes for too long to the quasi-military omnipotence of certain chiefs. Natacha Collet, she turned to cooking with passion around 23 after studying management and created a catering business after several years in restaurants. “We don’t want students to give up their passion for cooking because they find themselves in unacceptable situations,” she says.

At the Union of Hotel Trades and Industries, Delphine Mairiaux, vice-president of the union in Île-de-France, also denounces the professional inequality between men and women. “After too many years when it was said that women should stay in their kitchens, we have almost reached parity in the profession, she notes. But there are only 16% female chiefs, and women’s salaries are on average 20% lower. “If she believes that harassment affects a minority of establishments, it is up to the bosses to be intractable on the behavior of the teams.

This is also the credo of two-starred chef Thierry Marx. “Sexism like harassment, whether against girls or boys, unfortunately exists in all professions, but it is true that if we are not careful, it can easily flourish in a kitchen where the space-time is reduced during the services”, he admits, evoking the pressure or the promiscuity. The cook will establish strict rules of behavior, such as the prohibition of diminutives or allusions to the physique or the color of skin… “If we are not careful, things can go wrong very quickly”, warns Thierry Marx.

Pascal Maillou is in charge of a Parisian apprenticeship training center (CFA) where, several times during the course of studies, a role play is organized to make students aware of the problems of violence and harassment. The boys take the place of the girls and vice versa… According to him, things are improving in the sector. “A few weeks ago, a second in the kitchen was dismissed almost immediately after unacceptable behavior towards a young woman on the team, he reports. I’m not sure it would have been like this twenty years ago. »

At Café Mirabelle, Marion Goettlé is counting on this renewal of generations. “Little by little, the leaders who reign by terror and in front of whom nobody dares to say anything should be ancient history”, she hopes.

In mid-2021, it is estimated that nearly 250,000 employees were missing from the hospitality sector. In addition to the usual recruitment difficulties, many people have decided to leave these trades during confinement.

To make these careers more attractive, negotiations have been opened between the social partners. A salary agreement was signed in January. It provides for a minimum remuneration 4% higher than the minimum wage and an average increase of 16.3% for the entire grid.

The social partners meet on February 22 on the working conditions aspect: night services, weekend work, possibility of one weekend in two on leave, cuts between services, etc.