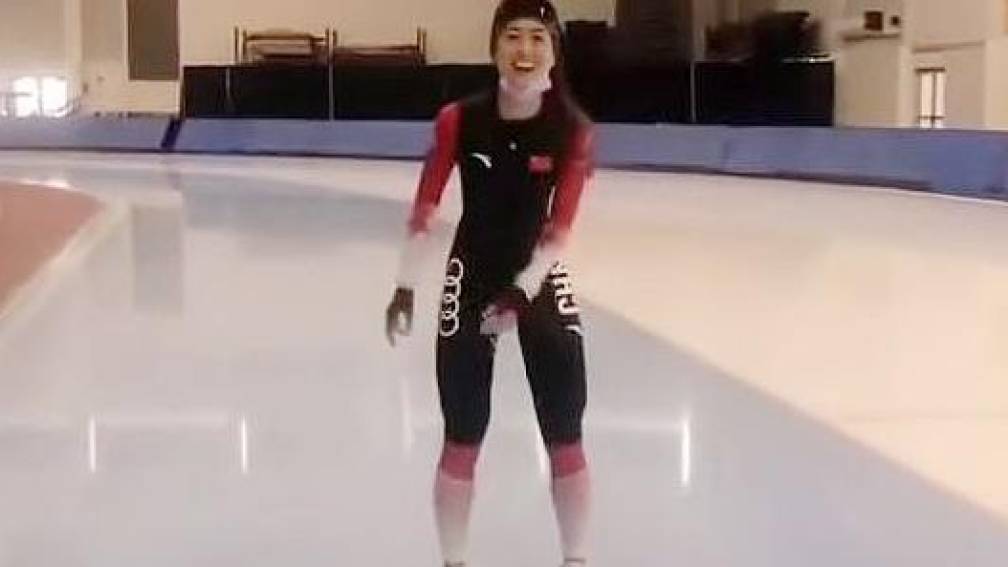 In this context, that so innocent-looking video of Huang was completely wrong. She responded to all the angry reactions from Taiwan with a quote from Taylor Swift’s hit ‘Shake it off’. “Haters gonna hate.”

Huang explained that she hadn’t meant anything by it: she was only wearing the suit received as a token of friendship for her Chinese colleague.

But that didn’t end the matter. The criticism didn’t just come from those online ‘haters’. The Taiwanese sports federation commented that from now on Huang should deal better with political sensitivities.

Even tougher was Taiwan’s prime minister, who has called on the Ministry of Education and Sports to launch an investigation so that Huang can receive an “appropriate punishment.”

Huang will not be attending the closing ceremony this afternoon. She’s already left Beijing and is on a training camp in the United States, no doubt hoping that damned skating suit doesn’t cause more headaches.