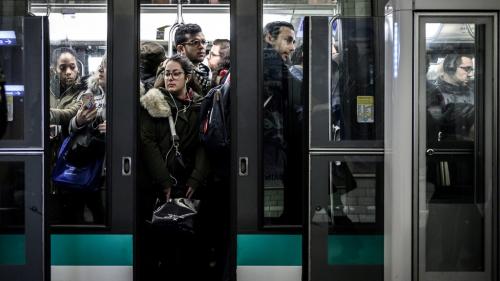 Black day in Parisian transport. A massive strike by RATP employees to demand wage increases will seriously disrupt the network on Friday February 18, with eight metro lines closed and very slow traffic on RER A and B. “We invite companies to use the more possible at telework”, tweeted the Minister Delegate for Transport, Jean-Baptiste Djebbari. Here is the detailed forecast.

Here are the traffic forecasts for the subways pic.twitter.com/l9cFWOSsR4

Only lines 1 and 14, automatic, will operate normally but the RATP advises against using them because of the “risk of saturation”.

– Line 3: 1 train out of 4 between Pont de Levallois and Havre-Caumartin

Some stations will remain closed, such as Alésia, Gare de l’Est and Place d’Italie.

On average, there will be two out of three buses in circulation, with variations according to the sectors which could go as far as the closure of a few lines.

The RER lines operated by the SNCF, that is to say lines C, D and E, will normally circulate through the capital.

On average, one in three trams will be in circulation, with disparities depending on the line.