Beijing Olympics: these French champions between resourcefulness and crowdfunding 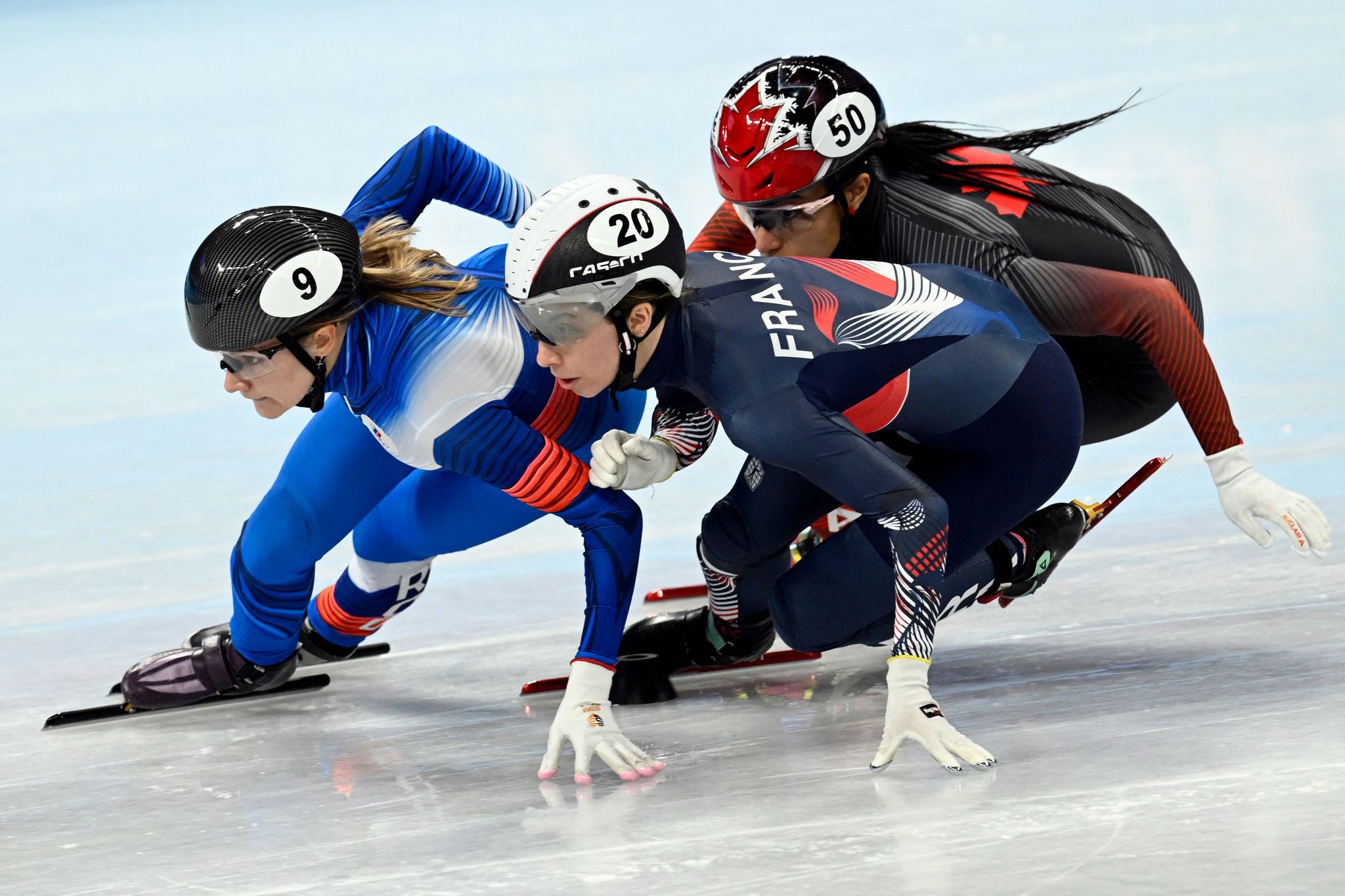 They are at the start of their first two-man bobsleigh rounds, this Friday, January 18, and it’s already huge. Because you had to believe, four years ago, in the possibility of entering a French women’s crew for the Beijing Winter Games, a first at the Games. The pilot Margot Boch and the pusher Carla Sénéchal embarked on this adventure rich of their only fierce will.

→ PORTRAIT. Beijing Olympics: in the shoes of technicians, these “magicians” of skiing

We then looked at them with a funny eye, the “two little blondes” initially lugging a bobsleigh on loan from the French Ice Sports Federation. 200 kg to climb alone in their rented van to join the various European events to gain experience. “We crossed the continent like that, with trips of 800 km on average… A crazy thing but also real good memories”, sums up Carla Sénéchal.

The essential involvement of the family

In pursuit of their Olympic dream, the duo quickly realizes that the financial means will make the difference. Their federation is at first too skeptical to rush behind them. The girls must show the viability of their project. Fortunately, Margot’s family intends to ensure the inheritance. The grandfather was driving, the father embarks tourists on the track of La Plagne, so why not Margot. The family ensures the purchase of a new bob: €50,000. For the supervision, it is the international federation which accompanies, with a coach for the pilot, a physical trainer. Suddenly, the duo performs enough to make the qualification in China credible.

“In our disciplines, it is unfortunately often like that: resourcefulness first, and when it starts to work, we try to help, explains Alexander Vanhoutte, the director of the French bobsleigh teams. But it’s the investment of the girls and their parents at the start that makes the difference, and that allowed them to save two years on their program. »

The qualification is won with nothing, with finances on the wire. “We juggle constantly, and it’s not very reassuring,” says Carla Sénéchal. For a year, the Federation has been supporting us, but the Covid has reduced the budget devoted to men’s and women’s bobsleigh. My mother’s company is one of our few sponsors. Our parents still have a lot to do. »

Just before Christmas, the duo launched a participatory kitty on the Internet: 20,000 € expected, to complete its budget. Patatras: barely €4,000 promised. “It was to be a plus to help pay for new helmets and new skates,” explains Margot Boch. The La Plagne club will participate, but I will have to finance the rest personally. »

The two bobsledders are not the only ones to have used this type of crowdfunding to prepare for the Games. Short-track skater Tifany Huot-Marchand appealed to digital generosity for her 2020 campaign “through an association and also to publicize my sport, indicates the champion. It was a great initiative, but it’s obviously much more comfortable to sign an agreement with Insep and my federation to clear my horizons, as I was able to do over the last year of preparation. »

In freestyle skiing, the mogul specialist Camille Cabrol, 18th in Beijing, had similarly “cagnotté”, a first time for her pre-Olympic season (€8,000), a second at the start of 2022 (€2,500) to support her in her preparation, which she calculated in all transparency at nearly €12,000.

→ PORTRAIT. Beijing Olympics: Kevin Rolland, the survivor, has “nothing to lose, everything to prove”

The approach will have had the effect of attracting the attention of the company Cimalpes, specializing in high-end mountain real estate, which has created a team (Alpine Ski Team Cimalpes) comprising a few champions, including ski cross specialist Terence Tchiknavorian . “We offered Camille an integration into our team, a support that was timely. I am enraged when I see that, apart from a few big names, many athletes in France are having a hard time going to the Games”, annoys Grégory Flon, co-founder of Cimalpes.

On the snowboard side, the only French representative in half-pipe, Liam Tourki, 22, knows the music. Her federation prioritizes snowboardcross, where Chloé Trespeuch won a silver medal. He applied himself “to getting as much help as possible”, but largely insufficient to pay for training in Switzerland (France does not have a “pipe”), stays in America and other trips on the World Cup circuit . So it’s good plans from friends that dominate his preparation, and summer jobs to make ends meet. Eliminated in qualifying in Beijing, at least he was at the Games. Dreams and bits of string.