Celibacy of priests: the debate revived? 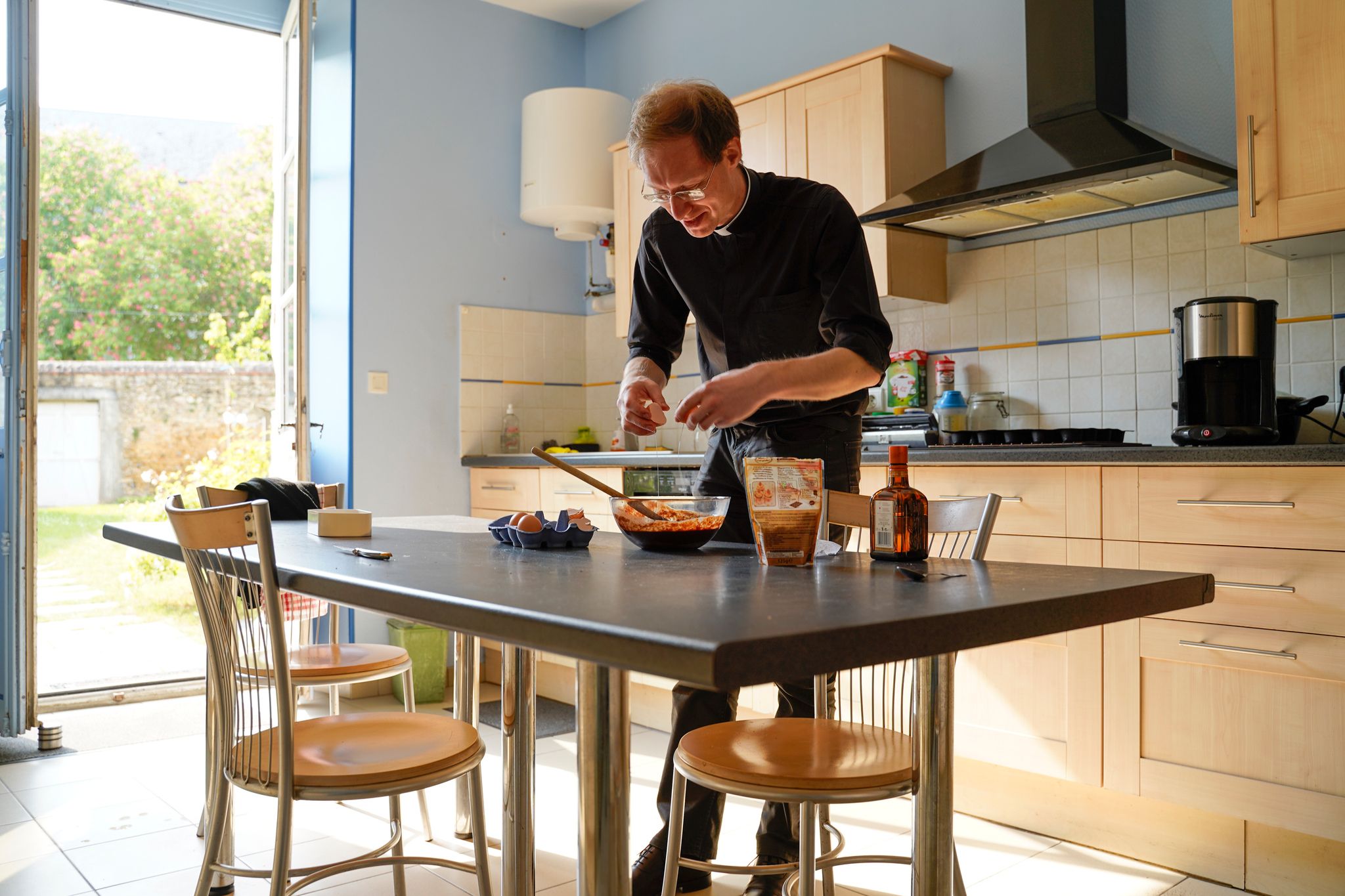 “I have a very high opinion of celibacy, but is it essential? Such an interpellation is far from trivial coming from a cardinal, archbishop of Luxembourg and president of the Commission of the Episcopates of the European Union (Comece). In an interview with La CroixL’Hebdo on January 22, Mgr Jean-Claude Hollerich did not use the “language of boxwood”: “(…) let’s ask frankly if a priest must necessarily be celibate. “Why not also have married priests? “, he asks.

→ READ. A symposium at the Vatican to rethink the priesthood

Another influential voice in the European Church defends the end of compulsory celibacy for priests. On February 2, German Cardinal Reinhard Marx explained, “I wonder if (celibacy) should be laid down as a basic condition for every priest. “I think that things as they are cannot continue like this,” continued the Archbishop of Munich, a close friend of Pope Francis.

Changes that worry the Vatican

His remarks came the day before a Plenary Assembly of the German Synodal Path, this process of reflection on the future of the Church in which some are calling for profound changes which worry the Vatican, in particular on the ordination of women or the end celibacy of priests. On February 4, the members of the Synodal Assembly, with parity between clerics and laity, rightly voted, by 86%, a document – ​​which will have to be ratified at second reading in September – calling for making celibacy more flexible, by making it optional. . A vote which will not fail to arouse various reactions within the universal Church on this sensitive subject.

→ INVESTIGATION. The celibacy of priests, 2,000 years of history

While celibacy is not the central issue at the symposium on the priesthood (see below), which is being held at the Vatican from Thursday February 17 to Saturday February 19, the organizer, Cardinal Marc Ouellet, prefect of the Congregation for bishops, does not evacuate it for all that. In an interview granted to the I.Media agency, he affirms that “priestly celibacy is incomprehensible if one does not have faith”.

Celibacy, “a gift for the Church”

Questions about this rule are not new: in the Eastern Churches attached to Rome, married men are ordained. However, it appears that current debates in the Roman Church are taking place at the highest level. Especially since the number of priests in the world has been on a downward trend since 2015 – just over 400,000. In addition, the possibility of ordaining married men was one of the points discussed during the Synod on the Amazonia, arousing strong tensions, but to which the pope did not refer in his post-synodal exhortation Querida Amazonia, published on February 12, 2020.

Can the rule then evolve? In January 2019, Pope Francis on the plane returning from Panama, spoke of celibacy as “a gift for the Church”, refuting the idea of ​​an “optional” rule. For Father Philippe Capelle-Dumont (1), who speaks on Thursday February 17 on “the visions of the priesthood in a changing era”, “the question of the celibacy of bishops and priests cannot be considered as a purely disciplinary matter and accidental of history”. “She cannot be disconnected from the celibate state of Christ and her missionary exclusivity,” he assures us.

Moreover, he points to “illusory assessments” on this question. According to him, the possibility of getting married is not a response to the crisis of vocations, “this is not true either in the Protestant world, or Orthodox, or within Eastern Catholicism”.

“More than a law and less than a dogma”

“More than a law and less than a dogma”, the question of celibacy requires above all, according to Mgr Didier Berthet, bishop of Saint-Dié (Vosges) and former superior of the seminary of Issy-les-Moulineaux (Hauts- de-Seine), to wonder about the living conditions of priests. “Have we ensured that priests who have committed themselves to celibacy can live it in a human way, fruitful spiritually and not in solitude and isolation? “, he asks. If the rule must evolve, he pleads for positive reasons taking into account first of all the life and the mission of the priests and the holding of a Council to settle this “nagging” question.

An international symposium on the priesthood

The international symposium on “presbyteral, lay and consecrated vocations”, organized by Cardinal Marc Ouellet, prefect of the Congregation for Bishops, opens this Thursday, February 17 in Rome. Three days of theological reflections in front of 500 people, including several dozen bishops – a dozen from France.