“What you are saying is called rape, according to the penal code” 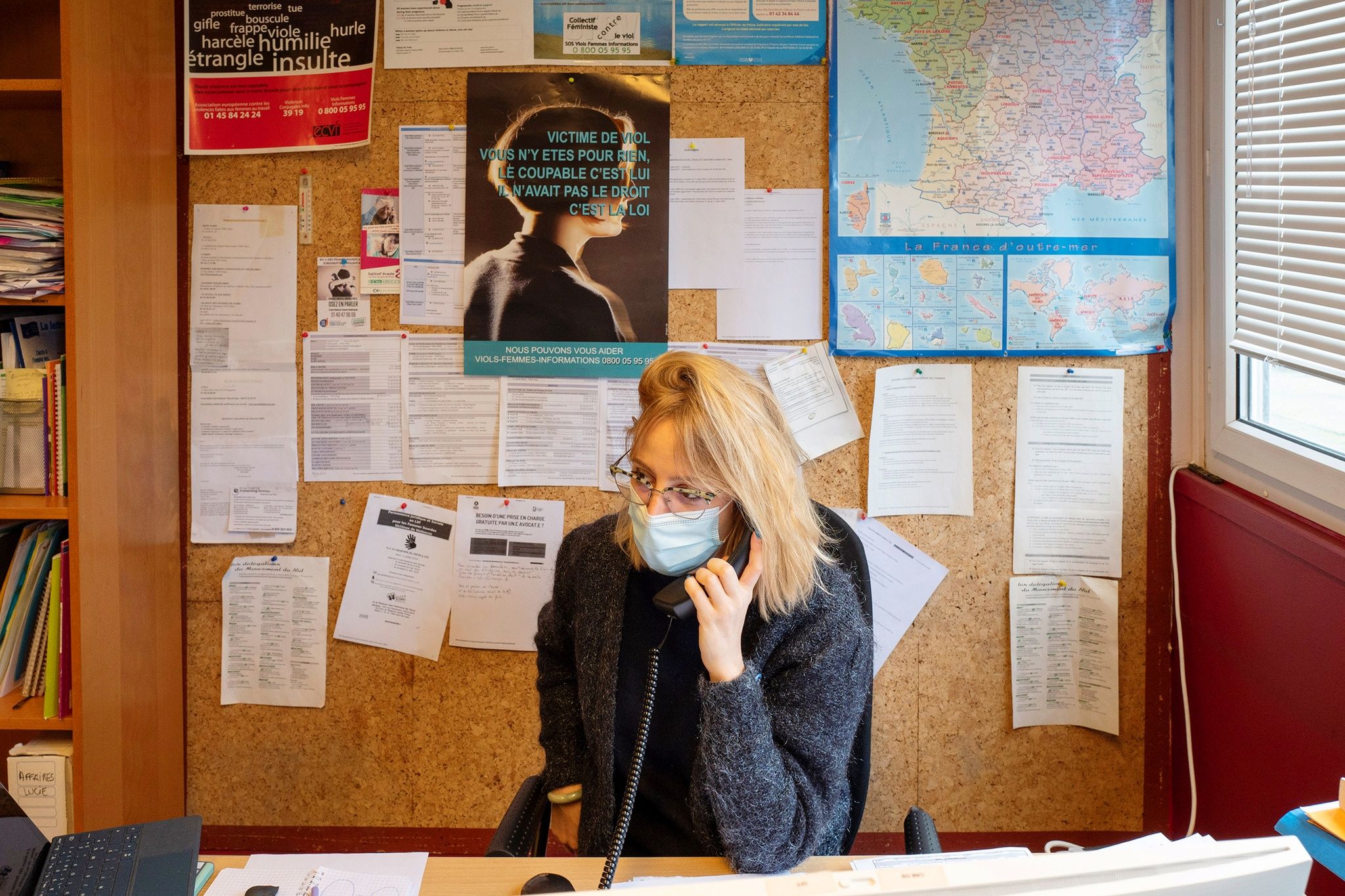 Alexandra’s phone rings. On the line, a 60-year-old man. Let’s call him Philip. Where is he calling from? Why this February day rather than another? Mystery. But his voice trembles a little, betraying his emotion. He wants to testify to the “incestuous relationship” he had with his mother when he was a child, he announces to Alexandra. She is one of the four young women who, headphones screwed on the ears, ensure the hotline of the Independent Commission on Incest and Sexual Violence Against Children (Ciivise), from the premises of the Collectif féministe contre le rape ( CFCV) in Paris.

Between Philippe and Alexandra, a dialogue begins. The flood of words from one respond to words of appeasement from the other. The man’s story is punctuated by encouragement from the young woman: “Go ahead, I’m listening. One thing leading to another, he confides. Only his psychologist knows. He spoke to her ten years ago, when suddenly he remembered. But, since then, not a word. Before this morning when he throws himself into the water, “so that other children don’t experience the same thing”.

In small touches, he recounts his abusive mother who, when her husband’s back was turned, forced her to touch him until adolescence. Alexandra listens to him, helps him put specific words to what he has experienced: “What you are telling me is not an incestual climate, but is called rape according to the penal code which is our common norm. . What your mother did is against the law. She is a criminal and you are her victim, ”poses the young woman.

An employee of the CFCV association, a former social worker working with prostitutes, Alexandra can count on the know-how of this pioneering and unique association. Since 1987, the CFCV has run the Rape women information line (1). Its president, Emmanuelle Piet, sums up the philosophy: “We can’t just take a testimony and hang up afterwards. You have to accompany people, not leave them alone, because it’s very hard for them to call us. It is for this particular attention that it pays to victims that the CFCV was chosen to listen to victims who call the Ciivise.

For volunteers and employees, this work raises great hopes. “Perhaps we will finally get things moving on a larger scale,” says Marie-France Casalis, co-founder of the association. For years, she felt very alone. “We ourselves discovered somewhat by chance the extent of child rape. When we opened our helpline in 1987, we were a small feminist group. We fell out of our chairs when we realized that of the first 2,000 calls, half were about minors. »

Alexandra and Philippe’s conversation continues. He searches for the right words, is afraid of not being understood. He tries to tell how, for ten years, he “tries to recreate the puzzle” of his childhood, because his memory proceeds by flashes. Since the day he remembered, with horror, a specific scene, which occurred decades earlier, a chasm has opened up under his feet, he tries to describe. He says he doesn’t understand what’s going on. Alexandra then talks to him about traumatic memory. She urges him to keep a notebook where he will record his reminiscences, and explains to him the range of free care to which he is entitled. He never heard of it.

Thus, since September, the listeners give birth to the unsaid that have undermined entire lives, trying to find help for everyone. Nearly 2,000 people told them of shame, “the feeling of having missed out on their life”, the guilt of not having filed a complaint. “At the beginning, we had a lot of very old people. It was very impressive to hear them cry for very old facts, which went back to their childhood. From now on, more recent acts are reported, ”explains Alexandra. To all, the listeners offer a moment of listening, but also the possibility of maintaining a link. Philippe promised to call back.