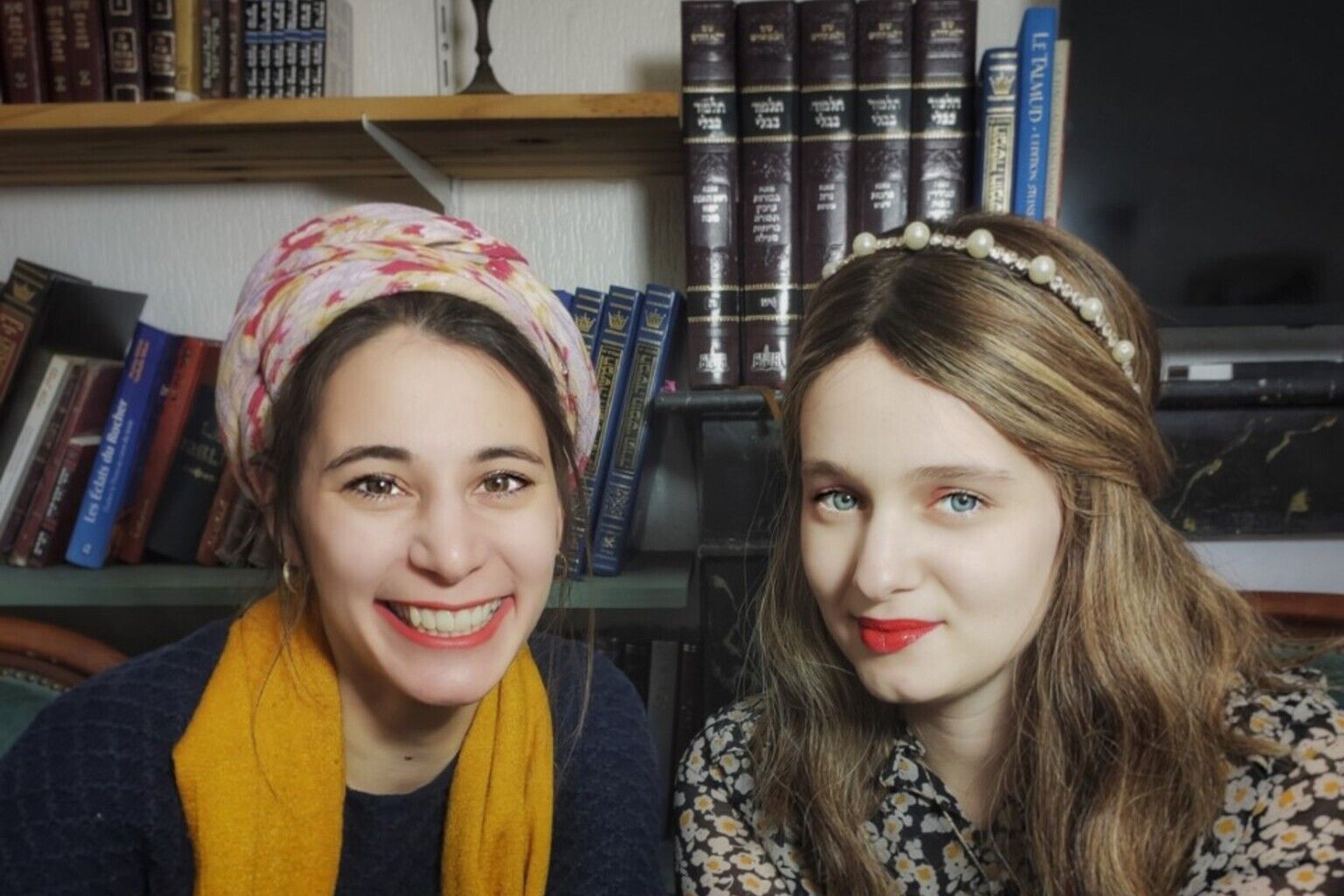 They found themselves in a large house bathed in light, rented for the occasion, in a distant suburb of Paris. Twelve women, aged 26 to 66, gathered for a weekend retreat, from Friday February 11 to Sunday February 13, for the launch of the second edition of the study program of sacred texts of Judaism, called Kol-elles – en reference to the Hebrew term kolel which designates a house of religious studies, reserved for men. Three days of workshops and exchanges to question the place of women in the liturgy, study and Orthodox Jewish prayer.

Launched a year ago, Kol-elles is the latest project of the Ayeka association, founded in 2017 by rabbis-in-training Myriam Ackermann-Sommer and her husband, Émile Ackermann, to create, by the end of the year, the first modern Orthodox Jewish community in France. Very present in the Anglo-Saxon world or in Israel, this current is characterized by a demanding practice of the commandments of Jewish law (halakha), rooted in the contemporary world, which results, for example, in the inclusion of women in prayer.

Give the tools to women

“We wanted to create a community of Jewish women who study and produce content,” says Myriam Ackermann-Sommer, a 25-year-old with light eyes, her head covered in a burgundy hat, co-founder of Kol-elles. At his side, Tali Trèves-Fitoussi, also at the origin of the project, testifies to the “vacuum in the French Orthodox community”. “The women stepped aside because they didn’t have the tools and didn’t feel confident,” she adds.

Giving them the tools is therefore the ambition of this two and a half month program, dedicated to the in-depth study of the texts of the Jewish tradition, which make up the Torah and the Talmud – the reading of the latter being traditionally reserved to men.

The project is accompanied by a reflection on female “leadership” in prayer, to encourage women to take more initiatives in their communities. Within the space of the Orthodox synagogue, they are often placed in the background, at the back or on the upper balcony, behind the men.

A leadership that is built through these three days of retreat in a joyful and respectful atmosphere. This Sunday morning, the participants are busy around the table, absorbed by the current workshop, to determine the projects they would like to implement in the years to come. “In five years, I would like to have a teaching role in the community”, explains Charlotte, for example, dark glasses and short hair, under the encouragement of her companions.

Open to all, women and men, the program this year has nearly 200 registrations in France and around the world – the weekly lessons being given by videoconference. At the heart of the project, ten women were selected to produce content intended to feed a paper magazine and an Instagram account.

“They have different profiles, but all of them have at some point broken with religion or felt rejected by their community”, explains Laurent Trèves, husband of Tali Trèves-Fitoussi, present to support her in the organization of the weekend.

Like Mayane, 26, raised in the Orthodox Jewish tradition, who no longer recognized herself in her community. “I had a total rejection of religion, then I discovered Kol-elles through a friend, testifies the young woman. I had never studied the Talmud and I wanted to make up my own mind. »

Sitting next to her, Iris grew up in the Liberal Jewish Movement of France (MJLF), and followed the school curriculum of a public school. She found out about the program through social media. “What interested me, beyond the feminist commitment, was to have two intense months, to acquire the basics”, says the one who is part of an approach aimed at “practicing more and more” .

One of the central points of the program is accessibility, methodological and financial. All courses are free, largely funded by an American foundation – grants are still difficult to obtain in France. Even if the organizers are aware that the participants have a relatively high “academic background”.

If the modern Orthodox current is not yet recognized by French Jewish institutions, the Kol-elles project pursues the objective of “moving the lines from the inside”, by articulating their argument using a methodology modern rabbinic to interpret the texts.

→ READ. Judaism in debate against a background of internal divisions

However, they refuse to break with the other currents of Judaism. “We are totally in line with the model of the French rabbinate, integrated into society, and we claim our dual Jewish and French identity”, underlines Tali Trèves-Fitoussi.

Émile Ackermann, he laughs at the “dichotomy” between “Judaism” and “feminism” in the speeches of some: “Our Judaism is feminist: our God is very happy that women create intellectual content! »