DIRECT. Olympic Games 2022: will French biathletes continue their harvest during the men’s relay? Follow the race with us from 7:30 a.m. 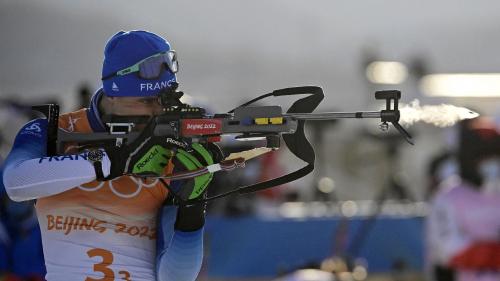 Once again, they will have a big shot to play. The French biathlon team, made up of Quentin Fillon Maillet, the great man of these Games with four medals gleaned, Emilien Jacquelin, Simon Desthieux and Fabien Claude, will try to win a new medal during the 4×7.5 km relay on Tuesday February 15 in Zhangjiakou, the Nordic skiing site of the Beijing Winter Games. They will have a hard time facing a revanchist Norway, led by the Boe brothers, the ROC and, to a lesser extent, Germany, the other serious contenders for the title.

An advanced race schedule due to the weather. Initially scheduled for 10 a.m. French time, the departure time has been shifted to 7:30 a.m., 2:30 p.m. in China, so as not to take place at nightfall. The mercury will drop considerably over Zhangjiakou, with temperatures around -25°C expected at the end of the day. “I prefer to have more pleasant conditions than the cold and the wind that we had on the pursuit [dimanche en début de soirée]. It was quite trying and living it again would have been quite complicated”, appreciated Quentin Fillon Maillet.

A format conducive to twists and turns. Each torchbearer therefore covers 7.5 km, with two passages on the launch pad, one lying down and one standing, with three additional balls for each shot (called pickaxe balls) to compensate for a possible failure.

Norway big favourite. Of the four men’s World Cup relays this year, the Scandinavians have won three, the only exception being a race where they fielded their B team. A medal would be a fine performance from the French, who have collected two second places this season , each time behind the Boe brothers and others. Note that Johannes, who completely broke down at the end of the pursuit on Sunday, will start in third position, so as not to find himself in a direct confrontation against “QFM”.