Pedophilia: the Pope acts on the creation of a “disciplinary section” in the Vatican 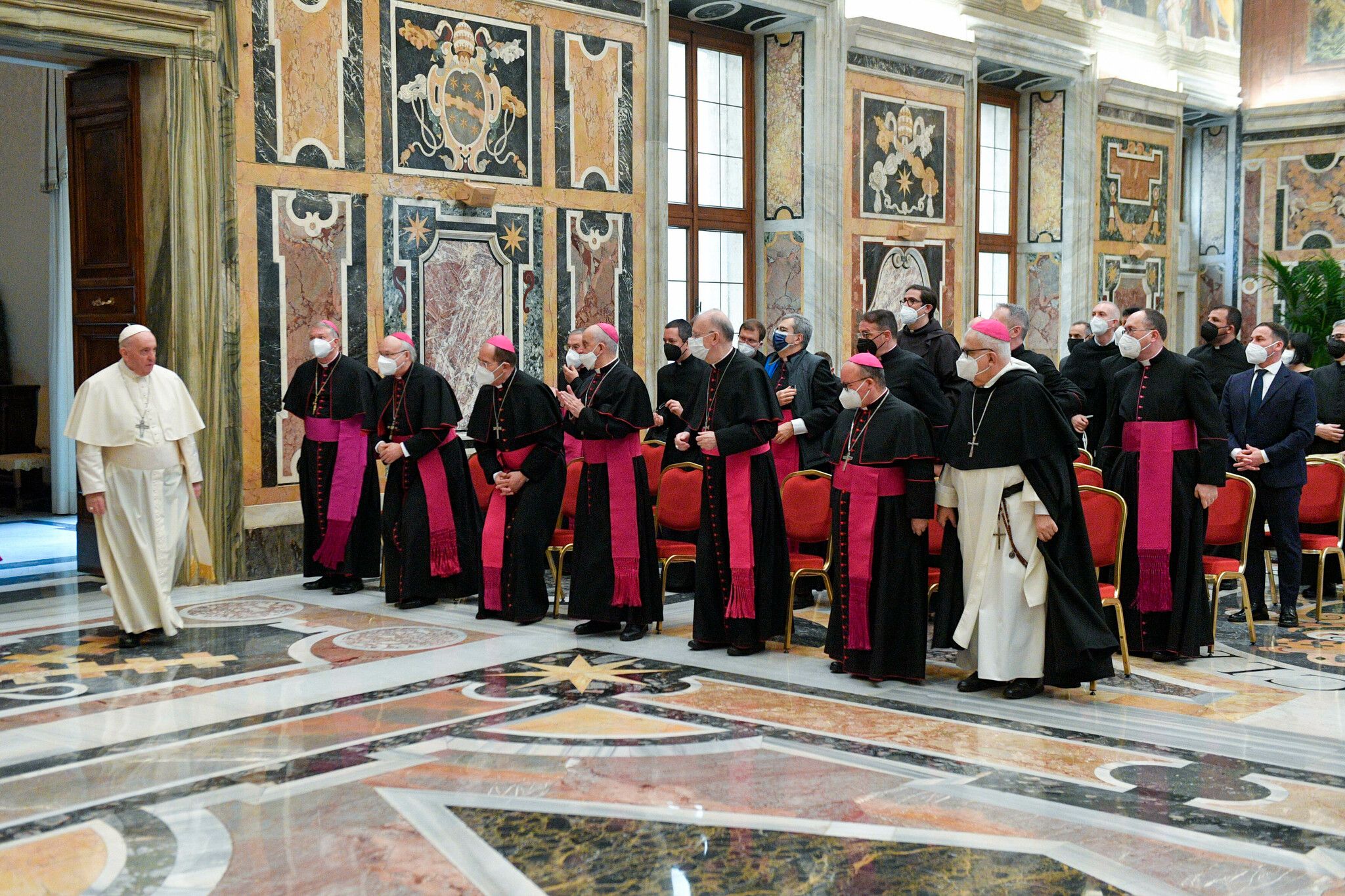 It is an internal restructuring that is already being scrutinized very closely. On Monday, February 14, Pope Francis announced the division of the Congregation for the Doctrine of the Faith into two sections: the first, “the doctrinal section”, will be responsible for the defense of doctrine; the second, “the disciplinary section”, will deal with cases of sexual violence committed against minors.

According to the new motu proprio entitled Fidem servare (“Keep the faith”), Pope Francis splits the work of the congregation in two, and decides that each section will henceforth depend on a secretary, whose role will be “to assist the prefect in the specific field of his competence”.

On the one hand, the doctrinal section will have the role of ensuring “the promotion and protection of the doctrine of faith and morals,” writes Francis. “It also encourages studies aimed at increasing the understanding and transmission of the faith in the service of evangelization”, explains Francis, who adds that these works concern in particular “the progress of science and the evolution of society”.

The members of this section are now also in charge of everything related to personal ordinariates, in particular that which allows Anglicans, since 2009, to join the Catholic Church. The doctrinal section also sees entering into its field of action “the marriage office”, which is responsible in particular for examining specific questions relating to marriages between Christians and non-believers.

On the other hand, the disciplinary section is now responsible for investigating the cases of monks, nuns or priests suspected of crimes considered to be the most serious, such as sexual violence committed against minors or adults in a state of weakness.

It is also for her that other offenses are reserved, “such as the absolution of the accomplice” in the field of sexual crimes, but also the violation of the secrecy of confession or the attempt to ordain women priests.

The section must now also promote “appropriate training initiatives” for jurists, “in order to promote a correct understanding and application of canonical norms,” reads the motu proprio.

Act on an organization already in place for several years

This evolution of the organization chart of the Congregation for the Doctrine of the Faith (CDF) in fact comes to record an organization already in place for several years. Until last July, the CDF was in fact made up of four offices: doctrinal, disciplinary, matrimonial and “Ecclesia dei”. The latter, in charge of relations with the traditionalist institutes, disappeared in July, following the publication of Traditionis custodes.

Another development: the Congregation will now have two “secretaries”, who come in the organization chart just after the prefect, at the head of the dicastery, and no longer two “under-secretaries”. In fact, the CDF is today devoid of any secretary, since the one who occupied this function, Mgr Giacomo Morandi, was appointed bishop of Reggio Emilia-Guastalla in January. A vacuum which, combined with the publication of the new motu proprio, suggests rapid appointments.

It is the American Bishop John Joseph Kennedy who has been at the head of the disciplinary office since 2017. Faced with the increase in the number of pedophilia files sent to Rome by bishops and religious superiors, the number of members of this section has continued to increase.

“The disciplinary section has completely cannibalized the doctrinal section”

Over the years, “the disciplinary section has completely cannibalized the doctrinal section”, summarizes a very good connoisseur of the Congregation. Who emphasizes that the former Holy Office has moreover, under the authority of its prefect, the Jesuit Cardinal Luis Ladaria, published for fifteen months only three doctrinal documents: on the end of life, the legality of vaccines against Covid and the blessing of homosexual couples.

According to our information, the theologians of the Congregation are now working on the elaboration of a declaration on the articulation between natural law and civil rights, raising in particular the very delicate question of the legitimacy of laws considered immoral by the Church. Catholic.